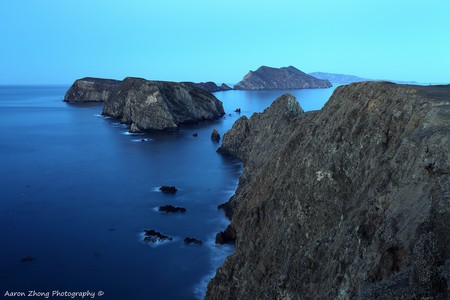 Along the coast of Southern California lie eight islands known as the Channel Islands. Five of these – Anacapa, Santa Barbara, San Miguel, Santa Rosa, and Santa Cruz Island – are what make up the Channel Islands National Park, a US national park encompassing nearly 250,000 acres of land and sea. Although close to densely populated cities, these isolated pieces of land have remained significantly underdeveloped. Today, this ecologically rich region, home to 2,000 plants and animals, giant sea caves, wetlands, kelp forests, and unique ecosystems, is where visitors can experience what life in California may have been like tens, hundreds, or even thousands of years ago.

The Channel Islands were first discovered in the 16th century by Spanish explorer Juan Rodríguez Cabrillo; however, archaeologists believe the islands were inhabited for millennia before then by Native Americans. Over its centuries-long history, the Channel Islands have seen a wave of peoples, from shipwrecked pirates and smugglers to traders and ranchers. In 1938, the Santa Barbara and Anacapa Islands were designated a National Monument, and in 1980, with the addition of the remaining three islands, the Channel Islands National Park was established. 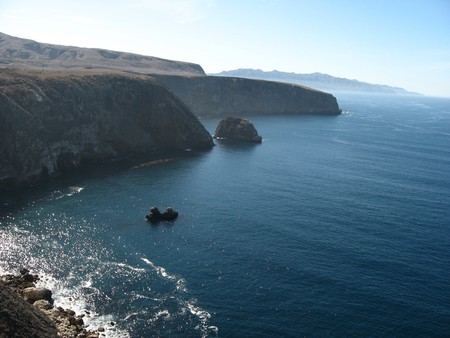 The Channel Islands National Park, with its Mediterranean climate, is prone to sunny skies and warm weather almost year-round; however, seasonal changes can bring strong winds and severe changes in ocean conditions. Visitors should always be prepared should a storm arise. Because the islands are uninhabited, they are open 365 days a year, 24 hours a day (except for visitors centers), although this means that all overnight campers must bring their own gear, supplies, food, and water. While there are campsites on every island, there are no public phones, facilities, or accommodations in the park – careful planning is advised. Many first-timers opt for a weekend or multi-day excursion, but there are several other options to experience the Channel Islands if you only have one day to spare – such as a boat tour, whale watching tour, express boat ride, or day trip. 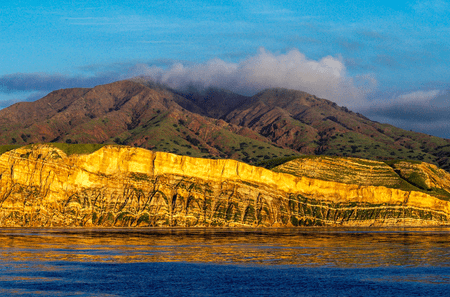 The Channel Islands National Park is known for its immensely beautiful landscape, untouched by the hand of man, which makes for an ideal escape from the modern world. The outdoor activities are endless – including hiking, picnicking, snorkeling, kayaking, wildlife viewing, tide pooling, and boating – but each island is unique, offering its own share of things to do. Keep in mind this is a marine reserve, and there is no fishing in the protected waters. 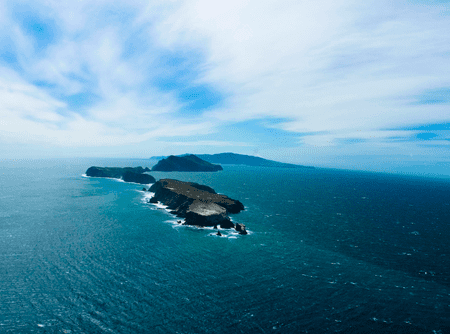 On Anacapa Island, visitors can take advantage of the incredible views by hiking along the two-mile trail system to Inspiration Point, which will give way to one of the best views on the entire island. After the hike, cool off in the kelp forests at the Landing Cove, perfect for snorkeling, diving, or kayaking. Wildlife watching is king here, with pristine tide pools and hundreds of sea lions and seals nestled along the shore’s edge. Be sure to catch a view of the famous Arch Rock and the sea caves. There’s also bird watching, blooming wildflowers, and a lighthouse from 1932. 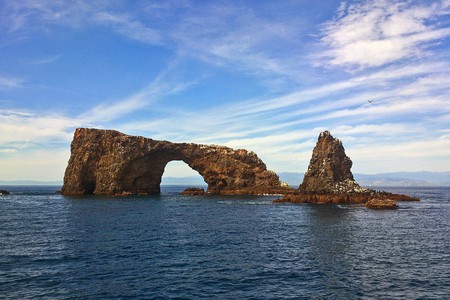 Santa Cruz Island, named the ‘miniature California,’ is filled with craggy cliffs and mountains; however, the island is most famous for its many sea caves. The Painted Cave, one of the largest and deepest sea caves in the world, is a must-see for first-timers – here, discover hundreds of species of plants, birds, and several mammals. Breeding seals and sea lions can be seen basking on the shoreline. For spectacular views, hike up to Cavern Point, or for epic snorkeling, diving, and kayaking, plant yourself in Scorpion Anchorage. Visitors can also take advantage of the tide pools and wildflowers. 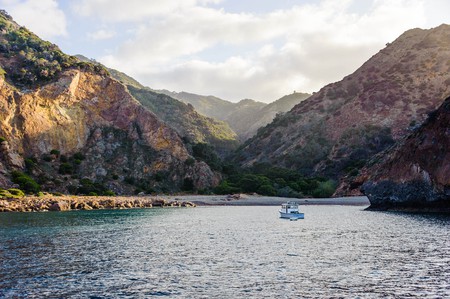 San Miguel Island is one of the most challenging islands to get to, and requires a permit, but should you make your way here, relish in the profound beauty of this 9,500-acre island before catching a glimpse of the thousands of seals sunbathing along the sands at Point Bennett. There is plenty of hiking to keep you busy, but due to the weather conditions, snorkeling, diving, swimming, and kayaking are not recommended. 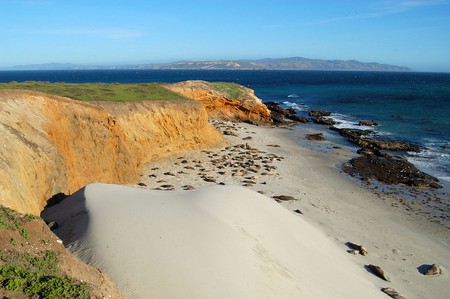 Santa Barbara Island – although it only covers just under 700 acres – is a gem in the Pacific, filled with prime hiking trails and fields of colorful wildflowers. Here, find stunning coastal views, elephant seals, and beautiful waters perfect for swimming, diving, snorkeling, and kayaking. 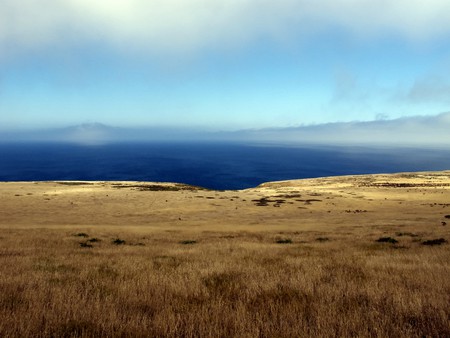 Santa Rosa Island is the ultimate place for wildlife watching, with over 30 different marine mammals on the island. Plus, the island is home to rare Torrey Pines, a must-see for visitors. Take a walk along the shores of Water Canyon Beach, but keep in mind that swimming, snorkeling, diving, and kayaking are not recommended. 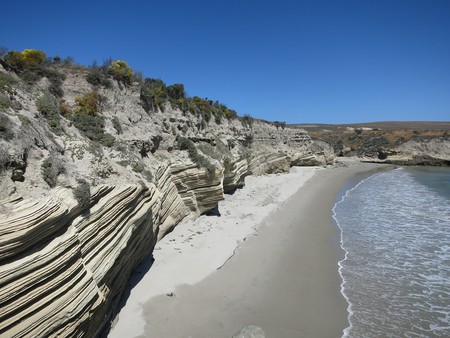 The Channel Islands National Park is only accessible via boat or plane. A limited number of trips are available throughout the year, so be sure to book ahead of time. Once on the island, all areas must be accessed via foot, private boat, or kayak (no bicycles allowed).

Anacapa and Santa Cruz Islands are the easiest to get to, reachable in about an hour with trips offered year-round. Santa Barbara, San Miguel, and Santa Rosa Islands are a bit more challenging to access – some have limited schedules or varying weather conditions, and are only offered spring to fall. A trip to the islands of Santa Barbara and Santa Rosa takes about three hours via boat, while San Miguel takes an additional hour. Should you opt to arrive by plane, Channel Islands Aviation operates year-round.

Pro tip: Santa Cruz Island is considered the ideal island, with the most recreational activities, best weather, and the most accessible.