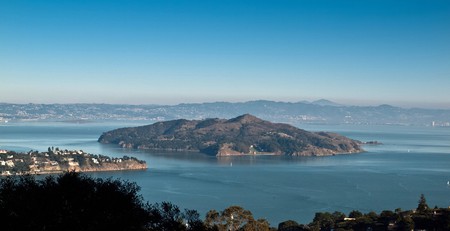 Angel Island, which sits in the San Francisco Bay, has been home to the Coastal Miwok people, an immigration station and more | © Franco Folini/Flickr

Tourists who make the trek to Angel Island are rewarded with unbeatable views of the San Francisco Bay, the city, and pristine nature. But the island’s natural beauty sharply contrasts its tumultuous history as an immigration station where an estimated one million migrants were processed, and often detained.

Angel Island has been inhabited by humans for three thousand years when Coast Miwok Indians hunted and fished on the island. The Miwok lived in what is considered Marin County today and used boats made of tule reeds to reach the island. They established camps in Ayala Cove, Camp Reynolds, Fort McDowell, and what later became the Immigration Station.

But Angel Island’s brush with Western Civilization began in the 1700s with Juan Manuel de Ayala, a Spanish explorer. As the captain of the San Carlos, Ayala was the first to sail into the San Francisco Bay, where he anchored at what is now Ayala Cove. During his explorations, he discovered and named both Angel Island and Alcatraz, and charted the first map of Angel Island’s harbor. 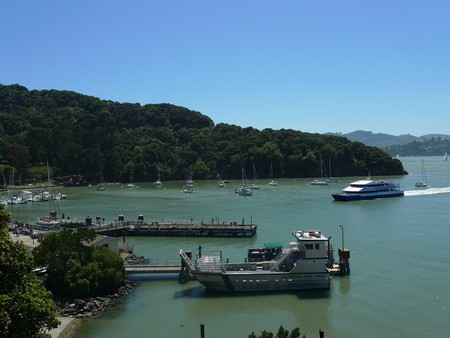 The island was likely uninhabited during the beginning of the 19th century, as the Miwok had been driven out. In 1863, mounting threats from the Confederacy led the U.S. to build Camp Reynolds on the island, which became an infantry camp after the war. In 1899, the U.S. Army built Fort McDowell, a quarantine station on the east end of the island, and subsequently, the military presence on the island increased drastically. Over the course of the two world wars, it was used as a temporary detention center for prisoners of war. During the 1920s and 1930s, it served as a discharge center for over 40,000 U.S. troops per year, more than any other U.S. military post at the time due to its proximity to the Pacific. The Army closed Fort McDowell in 1946. 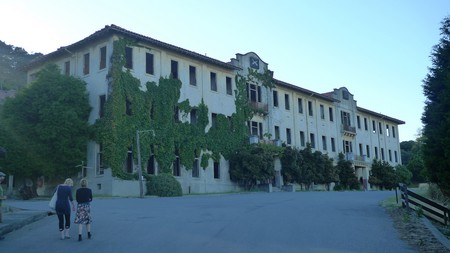 The island’s history as an immigration station began in 1910. With the Chinese Exclusion Act of 1882, Angel Island was an ideal isolated location for the Bureau of Immigration to enforce its ban on Chinese labor immigration. After disembarking from their journey, immigrants were separated by gender, given physical examinations, and assigned a dormitory before awaiting an interrogation.

In order to get around the Chinese Exclusion Act, which only permitted merchants, diplomats, students, clergy, and teachers from China into the U.S., Chinese immigrants often bought fake identities. The 1906 earthquake made that a lot easier, destroying many public records. What emerged was the concept of ‘paper sons’ or ‘paper daughters’ – Chinese immigrants claimed to be citizens, and without papers to prove otherwise, they were granted citizenship. Those seeking to immigrate would pay to pretend to be their child and, thus, be granted citizenship. 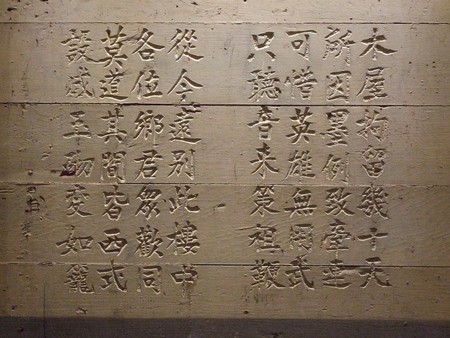 Poems written by a Chinese detainee lining the walls at the U.S. Immigration Station | © Simon Allardice

But the Board of Special Inquiry quickly caught on and cracked down on this practice during interrogations. Investigators would ask applicants minute details about their family history, their village, etc., and family members would be asked to corroborate the answers. Any deviation could mean deportation for the applicant and potentially the family.