A Brief History of the Winchester Mystery House in San Jose, CA 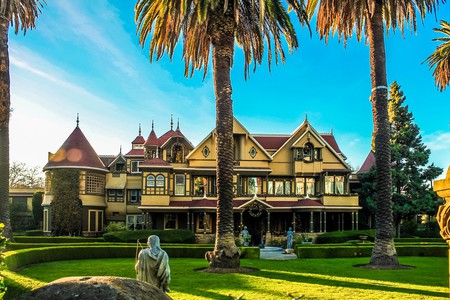 When researching things to do in San Jose, California, one attraction pops up time and time again—the Winchester Mystery House™. The home contains hidden passageways, mysterious rooms, and winding staircases that seemingly lead to nowhere. Constructed in 1884, it would seem the architects had misplaced their blueprints when building the house, but the home’s layout was intentional and stems from a dark past.

This story begins with the union of two people, Sarah Lockwood Pardee and William Wirt Winchester. The pair wed in 1862 and began to build a life for themselves in Connecticut. Mr. Winchester worked for the family business, Winchester Repeating Arms Company, which manufactured the Winchester repeating rifle, or a single-barrel rifle that can hold numerous rounds of ammunition. The couple led a lavish lifestyle thanks to the sales from the Winchester rifle and began to build a small New England empire due to their success. 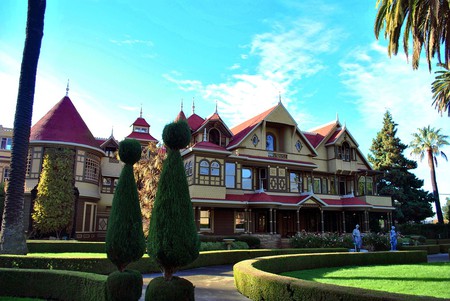 Death in the family

Four years after Sarah and William were married, Sarah gave birth to a daughter, Annie. After a few weeks, the infant died from marasmus. Annie was the only child of the Winchesters, and her sudden death in 1866 was particularly devastating for Mrs. Winchester—many say she never fully recovered from the emotional blow. When Mr. Winchester died in 1881 due to tuberculosis, Sarah was left with more than 50% of the shares in the Winchester Repeating Arms Company, and without a will to go on as she had before.

Some people believe that a distraught Mrs. Winchester visited a medium to help her deal with her depression. Arguably, the medium added to Winchester’s grief instead of appeasing it by telling her that vindictive spirits were targeting her—ghosts of those who had been killed by Winchester rifles. The medium believed that these spirits were to blame for the early deaths of her daughter and husband and that Mrs. Winchester would be their next target if she didn’t act swiftly. The solution? The medium proposed that to calm the spirits, Mrs. Winchester must head west and build a house large enough to accommodate all the unresting dead. 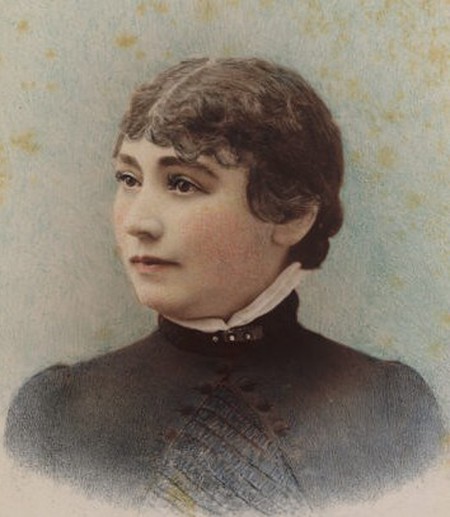 Sarah Winchester packed her belongings and settled in San Jose. She purchased a large plot of land in 1884 and continued building upon it until she died 38 years later. Architects and contractors began building an eight-bedroom house that quickly morphed into a seven-story complex. Due to possessing so many shares of the rifle company, Sarah had virtually unlimited resources to put toward her project. Covering over 160 acres of Northern California land, the house soon seemed to take on a life of its own.

Hauntings in the house

There are rumors that things started happening that led Mrs. Winchester, workers, neighbors, and relatives to believe that spirits inhabited the house. Bells would ring without warning, windows would open and shut without anyone in the room, and Mrs. Winchester preserved special rooms in which she would try to communicate with the departed. 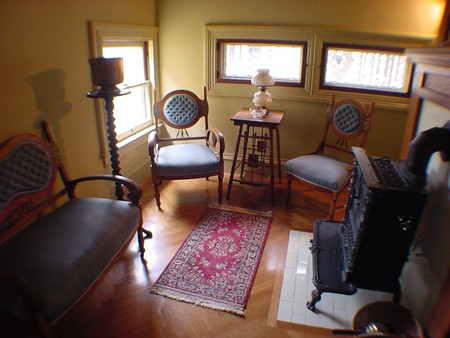 The death of Mrs. Winchester

By the time Sarah Winchester died of heart failure in 1922, at the ripe age of 82-years-old, her eccentric estate had 160 rooms, 2,000 doors, 10,000 windows, 47 stairways, 13 bathrooms, and six kitchens. She left behind many of her belongings to far-flung family members and local nonprofits, but the house itself was not left to anyone in her will. Her niece Marian I. Marriott was given most of the furnishings in the home, and she chose to sell or auction them off. After her death, her beloved home was auctioned off and then turned into a spectacle for the public, as it remains today. But the real question is, do the spirits remain there?