A Brief History Of The Mission Burrito 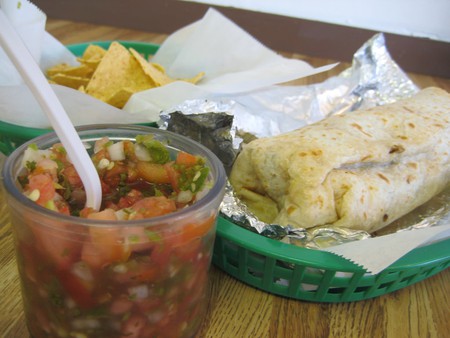 If there’s one thing San Francisco’s Mission District is famous for, it’s the neighborhood’s exceptional burritos. Known for the quality and variety of its ingredients, the Mission burrito has become one of the most widely recognized burrito styles in the nation. Read on to learn more about what exactly makes a Mission burrito so special and the stories behind how the style was created. 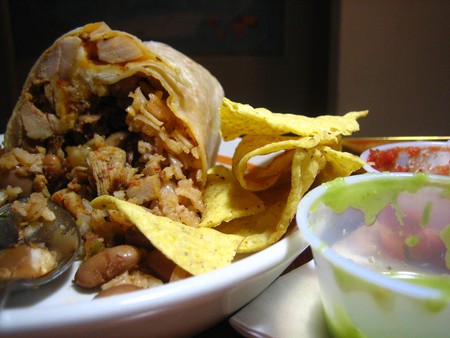 While a standard burrito is a simple affair consisting primarily of beans, rice, and meat, the Mission burrito stands out for both its massive size and the sheer number of ingredients it incorporates. The burrito begins with an extra large, flour tortilla, usually press-steamed to increase flexibility and minimize the chance of breakage. This foundation is filled with a customer’s choice of rices, beans, salsas and meats. On top of these standard ingredients, customers can order a ‘super’ to include cheese, sour cream, avocado or guacamole, and sometimes shredded lettuce. Once this monstrous tortilla is filled to the brim, a well-practiced burrito roller will fold and roll the burrito into a tight, evenly-distributed, spill-proof cylinder. This is followed by an optional moment on the grill to brown the tortilla before the burrito is wrapped in foil and paired with a side of chips (usually complimentary). 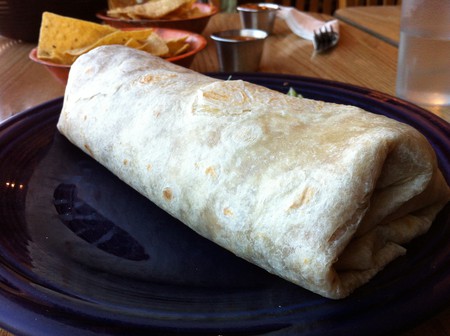 While the size of the meal and the number of ingredients are the main guidelines to imitate the Mission style, what makes a true Mission burrito stand out is its exceptional quality. The mid-1900s saw a huge influx of Mexican immigrants moving to the neighborhood, bringing their culinary expertise with them. Since then, the district, which spans less than two square miles, has become densely saturated with Mexican restaurants. This has created intense levels of competition, forcing restaurants to improve the quality of their ingredients and the skill of their techniques in order to stand out among the crowd. The incredible resulting quality has created a cult of burrito-lovers and Mission-style purists within the community.

Claims over the creation of the original Mission burrito are heavily disputed, with multiple Mission District taquerias fiercely claiming their ownership over the concept. The two restaurants primarily cited in association with this creation are Taqueria La Cumbre and El Faro. La Cumbre owners Raul and Michaela Duran claim to have served the first Mission burrito on September 29th, 1969, proudly declaring this fact across their storefront. El Faro’s owner, on the other hand, claims he sold the first one earlier, on September 26th, 1961, using two six-inch tortillas instead of one large one. Whichever taqueria is the true creator, locals agree that the Mission burrito evolved into a distinct and popular style throughout the 70s and 80s, as fierce competition kept the price down and drove the quality of the burritos and their ingredients up. Today, despite rampant gentrification throughout the Mission District in recent years, the most authentic, affordable Mission burritos have yet to be squeezed out of the neighborhood.