A Brief History of the California Burrito 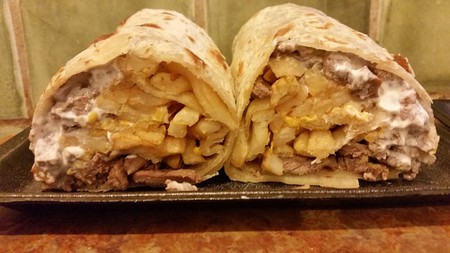 The California burrito is a carb-loaded behemoth, beloved by San Diegans. In its most basic form, it comes stuffed with carne asada and french fries, with guacamole, cheese, sour cream, and other ingredients often added to the mix. Though the notion of putting french fries in a burrito may not sound appealing to everyone, in many ways it optimizes the hybrid that is Cali-Mex food.

When was the last time you had a Cali Burrito?

Despite being dubbed the ‘California burrito,’ it is uniquely local to San Diego, with few renditions sold elsewhere (at least not yet). San Francisco’s Mission burrito—filled with rice, beans, and other ingredients à la Chipotle-style—is more commonly aligned with what the rest of the U.S. considers a California-style burrito. But in San Diego, rice and beans are deemed an unnecessary filler.

Some locals credit a restaurant called Santana’s (now known as Fresh MXN) as the creator of the first California burrito. But, journalist Gustavo Arellano, who literally wrote the book on Mexican-American food, Taco USA: How Mexican Food Conquered America, believes the California burrito originated from a ’berto’s taco shop.

San Diego has numerous taco shops that all end in ‘berto’s’: Roberto’s, Rigoberto’s, Ruriberto’s, Gualberto’s, and Aliberto’s to name a few. According to Arellano, all the ’berto’s restaurants descend from Roberto’s, which was created by a man named Roberto Robledo who opened a taco shop in 1964 and named it after himself.

Robledo started employing cousins and friends who immigrated to the U.S. from his town in Mexico. As they started opening their own taco shops, they used variations of the name. “Last time I checked, you have more than 200 establishments in San Diego County with ’berto’s in the name, and that doesn’t include the rip-offs,” Arellano told Voice of San Diego. “It’s a really amazing story.” 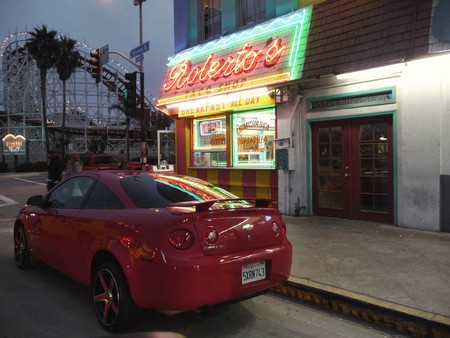 It was at one of the Roberto’s taco shops in the 1980s that Arellano believes the California burrito was first created. “When I interviewed the son of the founder, they told me that by the 80s, all of his dad’s taco shops had the California burrito on their menu,” says Arellano in an interview with GQ. “They don’t know who invented it in the chain, but it came from the chain. And given how ubiquitous that chain is in San Diego, I wouldn’t doubt them.”