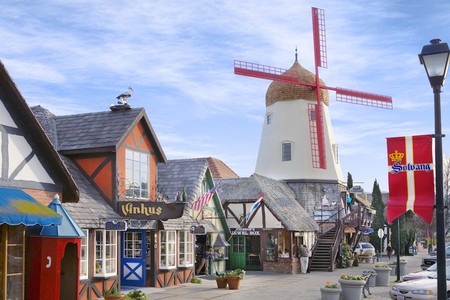 Wandering the streets of Solvang, it’s easy to forget you’re a mere 45 minutes from Santa Barbara and not in a town in Denmark. Solvang is Southern California’s very own Danish utopia—home to traditional Danish buildings with gabled roofs, a replica of Copenhagen’s Little Mermaid statue, and not just one, but four windmills.

That’s not to mention bakeries throughout the town selling aebleskiver (a breakfast pancake served with raspberry jam), and frikadeller, (pan-fried meatballs). With its particular charm and obvious nod to Scandinavian culture, Solvang is the unofficial “Danish capital of America.” Tucked in Southern California’s Santa Ynez Valley, the city continues to memorialize its European roots, while also engaging in the area’s budding wine region.

Solvang’s literal definition translates to “sunny field,” and the town was founded by three Danish educators — Reverend Benedict Nordentoft, Reverend J. M. Gregersen, and Professor P. P. Hornsyld — who wanted to escape Midwestern winters and establish a new settlement in the West. In January 1911, they purchased 9,000 acres of land for around $75,000 and Solvang was born. 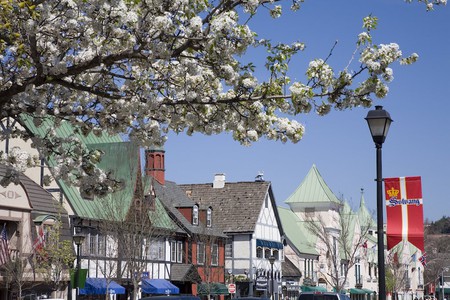 At first, Solvang’s infrastructure resembled any other Western town in California with a Main Street. The Lutheran church, built in 1928, was the first building to incorporate traditional Danish architecture, and in the 1930s, residents started building their homes in the Danish medieval style, which is characterized by half-timber facades. Since residents could not all afford to use real timber, they mixed cement with brown dye to give homes the appearance of wooden beams.

It wasn’t until the 1940s that the idea of constructing Solvang in a Danish provincial style really took hold. Ferd Sorensen, a local plumber, metalsmith, and woodworker, built Solvang’s first windmill next to his home. Eventually, Main Street became Copenhagen Drive, and faux storks (an emblem of good luck), started to peak out from the rooftops. 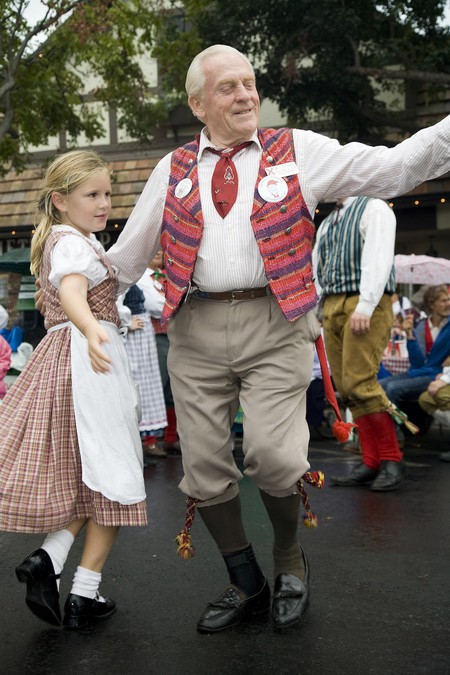 In 1936, Solvang held a festival to celebrate its 25th anniversary. The three-day celebration included a parade, barbecue, and concert. In the years since, this festival has become an annual tradition known as Danish Days, which is celebrated each September.

Solvang gained national recognition in 1947 when the Saturday Evening Post published a feature about the city, calling it a “spotless Danish village that blooms like a rose in California’s charming Santa Ynez Valley.” 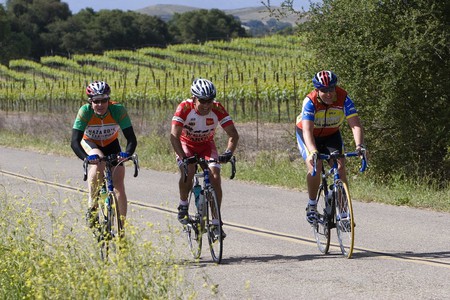 Bikers ride past nearby vineyards | Courtesy of SolvangUSA.com

Most recently, the 2004 movie Sideways was filmed in Solvang and the Santa Ynez Valley, bringing a newfound fame to the city as a wine destination. Today, Solvang boasts more than 20 wine tasting rooms, along with charming inns, restaurants, and adjacent vineyards.

But staying true to its roots, Solvang has maintained ties with Denmark, even welcoming Danish royalty on several occasions. Most notably, Prince Henrik visited in 2011 during Solvang’s centennial celebration.

Visit the Official Solvang Visitor Guide to learn more and for information on upcoming festivals and events.