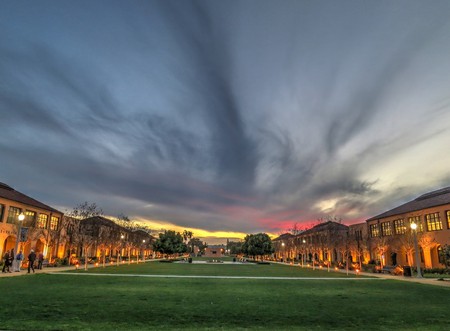 The quad at Liberty Station in the present day | © Oleg

Once a naval training center dating back to the 1920s, Liberty Station has been revitalized as an arts and culture hub in San Diego.

Sprawling over 360 acres in San Diego’s Point Loma neighborhood, Liberty Station houses dance and art studios, a large food hall, and museums, alongside shopping, schools, and a golf course. But where children now take dance classes, naval recruits once used the space to learn how to make torpedos. Here is the history of how a former naval training center found new life as a cultural district.

The Quad at the Naval Training Center c1935 | © Liberty Station

In the early 1900s, Franklin D. Roosevelt—who at the time was the Assistant Secretary of the Navy—was surveying locations for a new naval training center. Following lobbying from local Congressman William Kettner and land donations from wealthy families, San Diego was chosen for the training center, becoming the West Coast’s first permanent naval training center (NTC).

Built in Spanish Colonial Revival style, when the NTC first opened it housed a few barracks, a dispensary, a fire station, and four schools. But the site continued to grow exponentially during the two World Wars, reaching a total population of 33,000 at the height of WWII. 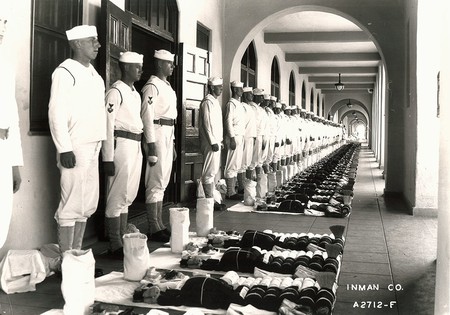 “This is the place that helped make San Diego a Navy town,” says Alan Ziter, the Executive Director of the NTC Foundation, in a video on the site’s history. “Nearly two million young men—and eventually women—came here to do their basic training, as well as go to the command schools.”

The center expanded to include 41 schools, churches, and medical units. At that point, more than one-sixth of the country’s Navy fleet was based in San Diego. In 1942, the training center opened Luce Auditorium, which hosted bands and famous comedians, including performances by Nat King Cole and Lawrence Welk. While during the day it showed training films, at night it featured Hollywood movies. The Naval Training Center itself has been used to film several movies, including scenes from Top Gun. Now, the Luce Auditorium has been converted into The Lot, a modern, commercial movie theater.

Another significant addition to the premise was a culinary school. The only Navy chef school in the country, recruits trained here to later cook everywhere from the White House to aboard a submarine. 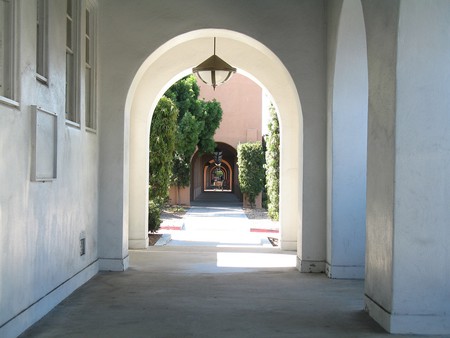 In 1993, however, the Navy announced the training center would be closed as part of an initiative to shut down unnecessary military bases. By that point, the center stretched nearly 550 acres of land and had 300 buildings. The city of San Diego didn’t want the area to become abandoned so they took it over, subleasing it to film companies, non-profits, small businesses, and various city departments.

In 2000, McMillin Master was selected as the master developer, beginning the transformation of the area into an arts and recreation zone. The first building in the arts district opened in 2006. Nearly 10 years later, the former mess hall reopened as Liberty Public Market, a food hall featuring over 25 different vendors and a variety of cuisines. The area continues to be developed with plans currently in motion to transform former barracks into a boutique art hotel.

Check out all Liberty Station has to offer as well as upcoming events on their website.