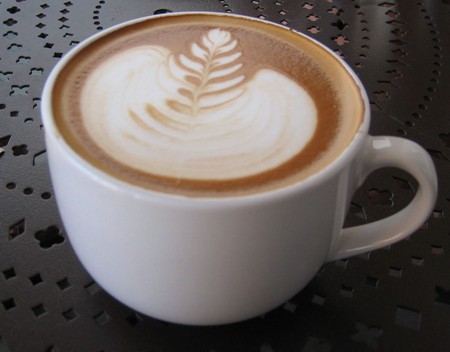 The all-encompassing Los Angeles bakery and café chain is a favorite among tourists and locals alike—and with good reason. Urth Caffé’s reputation for blending organic ingredients with gourmet taste and presentation is well-earned and wide-spread. Here’s what you need to know about this essential LA spot.

According to the Urth Caffé website, this thriving enterprise was born more than 25 years ago, when Cofounders Jilla and Shallom Berkman met a passionate Peruvian coffee farmer named Jorge. Jorge specialized in organic, heirloom coffee and was inspired by the Berkmans’ mission to help lead the way in bringing health-conscious coffee to the world. For reference, heirloom coffee trees aren’t genetically modified—which, in today’s day and age, makes them quite the rarity.

“I love coffee in every incarnation,” Shallom told Los Angeles magazine in 2008. “With milk, without milk, with sugar, without sugar.”

Even the café’s name is a nod to its organic roots—”Urth” is the old Welsh root spelling of “Earth” and Caffé is, of course, Italian for coffee. In addition to organic, heirloom coffee, the Berkmans included hand-blended organic teas on their menu, attracting health-conscious caffeine-seekers of all types.

Urth Beverly Hills, just one of our many locations #URTHDAY 📷: @alexmaribeam

The very first Urth Caffé opened in Manhattan Beach in 1991, well before the organic food craze had reached its peak. The original location lasted just three years, after which the Berkmans were forced to move to a larger location in response to Urth’s massive popularity (lines regularly extended out the door of the Manhattan Beach shop).

When the couple moved Urth to a space on Melrose Avenue in the design district of West Hollywood, they added their now-iconic health-conscious breakfast, lunch, and dinner menu. By 1997, food, baked goods, and snacks were an integral part of the Urth Caffé business model and menu. The Berkmans hired an Italian Executive Chef to bake the café’s signature ancient grain breads and fine desserts in-house.

By 2002, Urth Caffé underwent yet another expansion, this time with a location in Beverly Hills. A café in Santa Monica followed in 2004 and was designed from the ground up as an Urth Caffé. In 2008, Urth’s Downtown LA café and headquarters opened, followed by the Pasadena café in 2012. Locations in Laguna Beach and Old Towne Orange opened in 2015 and 2017, respectively.

Super cute! Thanks for tagging is, hope it was as delicious as it looks!💕

Urth Caffé shows no signs of slowing down. In 2018, the Berkmans plan to move the company’s headquarters from DTLA to Hawthorne and, in March 2018, Urth Caffé Wynn Las Vegas opened in the new Wynn Plaza. The expansion into Las Vegas serves as a sign of things to come for Urth Caffé—an expansion beyond Southern California.