A Brief History Of Ghirardelli Chocolate 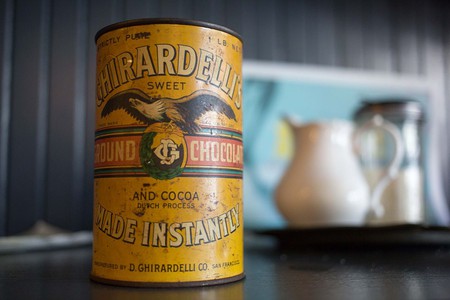 One of the most popular candy makers in the country, Ghirardelli Chocolate Company was born and popularized in our very own San Francisco. Read on to get to know its origins, from its founding to its modern-day prominence in contemporary food culture.

Ghirardelli has been around for over 160 years, making it the oldest continuously operating chocolate maker in America. The company was founded in San Francisco in 1852 by Domenico Ghirardelli. Domenico was an Italian chocolatier, first introduced to the craft as an apprentice to a candy maker when he was a young boy. At the age of 20 he moved to Uruguay to embrace the coffee and chocolate business, before moving to Peru to open his own store. It wasn’t until news of the gold rush reach Domenico in 1849 that he decided to make the move to California, where he opened a new store in Stockton. A few months later he opened a second storefront, his first shop in San Francisco, but in 1851 both locations would burn down within a few days of one another. Domenico moved on to open an unsuccessful San Francisco coffee shop, before finally opening the shop that would become Ghirardelli Chocolate Co. The company became officially incorporated in 1852. 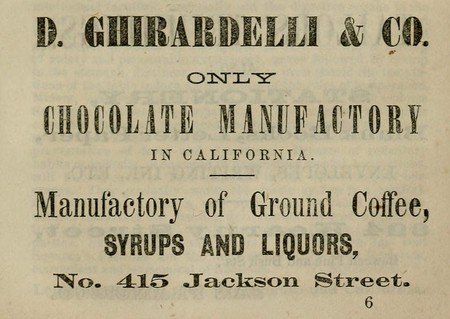 Since its inception, the company has prided itself on embracing innovation and being at the forefront of new techniques and technologies. The shop has experimented with a variety of products, including a line of alcoholic beverages until 1871, and a variety of goods like coffee, spices, and even mustard throughout the years. Innovation became tradition throughout the company – in 1867 a Ghirardelli employee discovered a flavor-enhancing technique that would eventually become widely used throughout the chocolate industry. Ghirardelli became one of the first American companies to tap into advertising strategies in order to gain popularity, and one of the first to include cacao content on labels to help discerning consumers select the perfect taste. 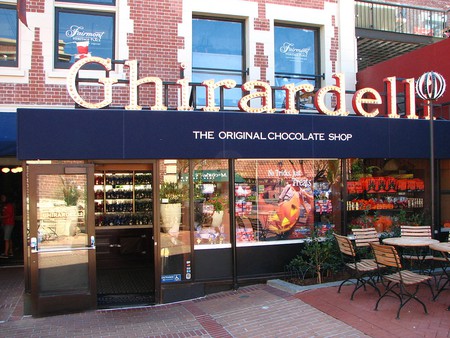 The company expanded exponentially throughout the 1900s, and today, Ghirardelli is one of the most prominent chocolate companies in the United States. While the company’s official headquarters were moved to San Leandro, the old San Francisco headquarters is now a popular tourist destination, located in San Francisco’s aptly named Ghirardelli Square. The square is filled with a number of shops and restaurants, and the factory itself is now an official city landmark. The company hosts a variety of events onsite, including an annual Chocolate Festival.
By Courtney Holcomb