A Brief History of Cable Cars in San Francisco

The majestic Golden Gate Bridge, barking sea lions at Pier 39, and the gray fog rolling over the coastline are a few iconic images of San Francisco. But perhaps no symbol is quite as synonymous with the city as the cable car. It’s easy to look at the cable car and see a touristy gimmick, but in fact, the famed mode of transportation has a deep-rooted history that’s as fascinating as the colorful murals that line Haight-Ashbury.

San Francisco cable cars trace their roots all the way back to 1873. The cable car system in San Francisco can be credited in large part to Andrew S Hallidie, an engineer originally hailing from Scotland, who promptly saw the need for better transportation options in the City by the Bay. Supposedly, Hallidie witnessed a horse-drawn buggy struggling to pull an enormous load up one of the city’s famed hills. It was then that the idea for the cable car struck him. 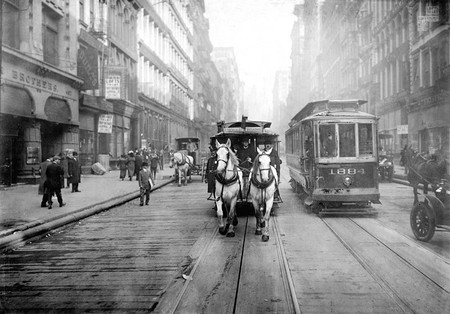 The last of the horse-drawn carriages | © The Brown Brothers / WikiCommons

Previously, Andrew S Hallidie had worked primarily in mining. Using his experience from the mining industry, he looked toward the conveyor belt technology often used in mines. This technology would serve as the basic framework for the cable car pulley system – a closed loop of cable that could run throughout the city to help pull small cars along a track. 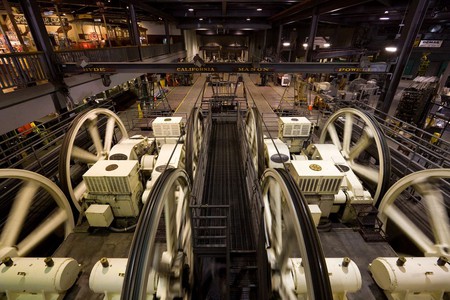 Hallidie’s initial cable car project, the Clay Street Railway, welcomed its first passenger in 1873. It didn’t take long for residents and visitors of the city to fall in love with the new, efficient means of transportation, and cable cars soon spread throughout the city. By the time the devastating earthquake of 1906 rolled around, cable cars were still in use; however, the natural disaster destroyed several lines. Competing companies such as United Railroads stepped in during this time and converted a portion of the city to streetcar services. 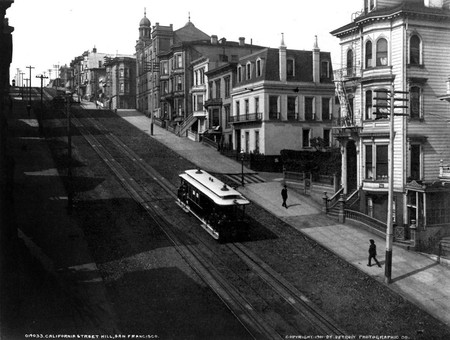 As the city began to rebuild, people started to question whether the cable cars were still necessary. Cars were becoming more popular and acceptable to the masses, after all. However, the city joined together to preserve the cable cars, and visitors can still ride them today.

In 1964, the cable cars were named a National Historic Landmark, locking in their importance and connection to the city. Due to this preservation and recognition, it looks as though San Francisco’s cable cars will be around for quite some time for future generations to enjoy.