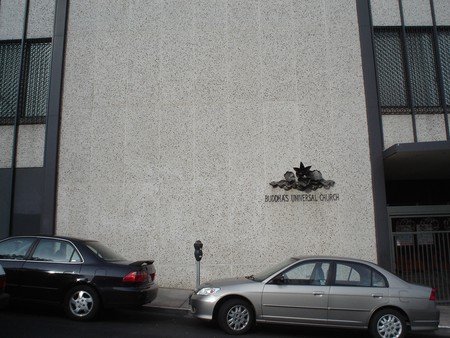 Though the fact is little known to most San Franciscans, the City by the Bay is home to the largest Buddhist church in the United States. Get to know Buddha’s Universal Church, a landmark with a rich history in the heart of the Chinatown neighborhood.

Not only is BUC the largest Buddhist church in the United States, but it’s also the largest congregation in San Francisco. On the outside, the building looks more industrial than spiritual, comprised primarily of concrete, steel, and marble. Within, though, visitors will find plenty to satisfy their spiritual sensibilities: an altar in the shape of the ship of Dharma, images of Buddha made of gold and mosaics, a bamboo chapel, and a rooftop garden and terrace. Downstairs, the building hosts a contemporary kitchen, a mirrored rehearsal room, and a recording studio, exemplifying the congregations aim to be ‘a modern church practicing ancient teachings.’ 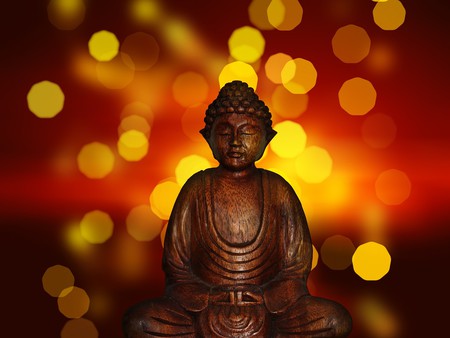 This five-story building was not always so spiritual, though. Once upon a time, the building was a nightclub before it was purchased by BUC in 1951. Having been rebuilt with shoddy construction after the 1906 earthquake, the building had fallen into disrepair, requiring a complete demolishment before remodeling could be attempted. The church did not have the funding necessary to pay to have the church rebuilt, having taken out a loan to purchase the building in the first place. Instead, in 1952, the church took its thriving community of 300 people and began to rebuild the church themselves. Members of the congregation apparently donated anywhere from 10 to 20 percent of their earnings to the cause, dedicating dozens of hours of untrained and unskilled labor along the way.

Soon after the project was initiated, the bank from which the church had taken out a loan recalled the money, leaving the church $20,000 in debt. Fundraising became the church’s main priority, with members contributing more than ever — some even taking out personal loans to contribute. Whenever funds fell short, construction would halt while the congregation used whatever means possible to fundraise a bit more. One of their main fundraising sources came from selling homemade cookies on street corners. In 1958, although the building was still not finished, the church held a Chinese New Year celebration inside. The bazaar featured thirty booths with games, prizes, and food for sale, all proceeds from which were contributed to the BUC treasury. Finally, after 11 years and four months of construction, the building was completed.

Today, the church stands strong as a symbol of the hard work and community generosity that helped create it. Visitors are invited to explore the church at several regular public events, including lectures offered on the second and fourth Sundays of each month at 10:30am. The lectures are offered in both Chinese and English, featuring the BUC choir, followed by a discussion group, lunch, and the option to take a tour of the church.