A Brief History Of 7 For All Mankind 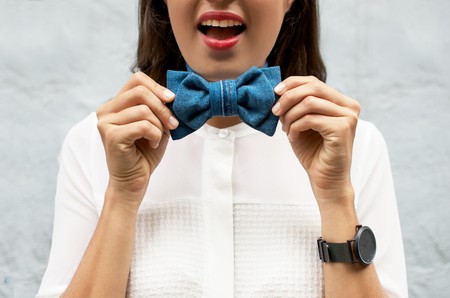 They are widely known as the jeans that changed the world of denim. What was once reserved as a casual work pant to get dirty, and what originated as a durable uniform, evolved into a fashion statement that became a staple of American culture. Jeans were for the Average Joe because they were an affordable necessity to have in the closet. But it was 7 For All Mankind that took jeans and made them into a luxury item worn by celebrities. Their name refers to the belief that every person should own at least seven pairs of jeans, one for every day of the week. If you have seven pairs of ‘Sevens’ in your closet, you’re pretty lucky. 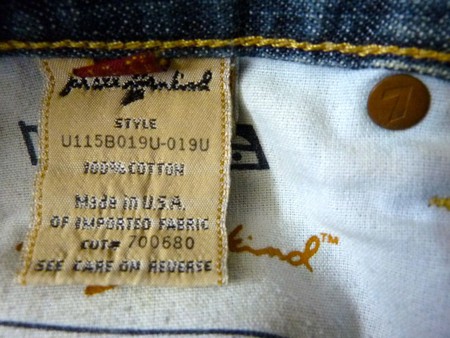 By using higher quality materials and tailoring their jeans to have a less stiff, softer and more comfortable fit, 7 for All Mankind revolutionized denim to bring a premium product to everyone. However, at well over $100 a pair, it’s not necessarily true that everyone can afford to wear them. This fact made them perfectly amenable to the celebrity culture and is what capitulated them to ‘designer jeans’ status even though they are mass-produced.

They are, of course, a California-born brand, which is completely natural considering LA was once considered a casual city of jean wearers. Founders and designers Michael Glasser, Peter Koral, and Jerome Dahan saw a void in the market and filled it, in a city that loved the casual look of jeans but also loved high-class luxury. By somehow managing to marry these opposing ideals, 7 For All Mankind did what no brand had done before. As soon as the celebrities in LA caught on, which is a big part of their appeal, their work became famous. The signature designs on the back pocket became another one of the coveted status symbols of fashion that speak without having to say anything. This was especially true of the pockets decorated with real Swarovski crystals, which was a popular trend in the early 2000s when the brand was first born, as were the low rise and tight fit. 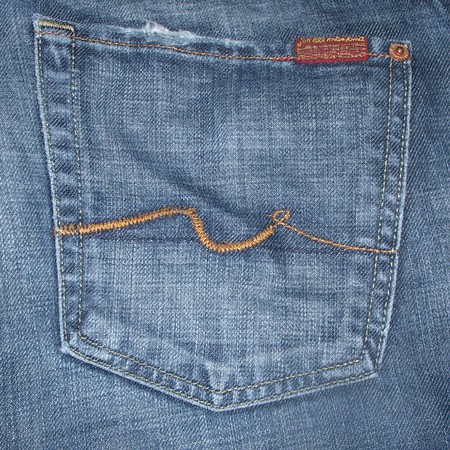 Men and women celebrities alike have repped the jeans since their inception, including Jessica Alba and Ashton Kutcher, who helped popularize them. In addition, they’ve featured prominent celebrities in their ad campaigns such as supermodel Miranda Kerr, actor James Franco, and most recently, actress Zoe Saldana.

Exclusive Alert! Check out our #7for7 Q+A’s with #ZoeSaldana on our Tumblr page: http://7forallmankind.tumblr.com/