A Brief And Tumultuous History Of Telegraph Avenue

Stretching four and a half miles from Downtown Oakland to the UC Berkeley campus, Telegraph Avenue has always been a mecca for activism and diversity. Before taking a stroll through its colorful sidewalks, take a few minutes to get to know the street’s rich history.

Telegraph Avenue’s history dates back to the late 1850s, when the Alta Telegraph Company built a telegraph line from Oakland to Sacramento. The street running alongside the new telegraph’s East Bay section, from Oakland to Martinez, was dubbed with the obvious-yet-dignified name ‘The Telegraph Road.’ This was not, however, the site of what is known as Telegraph Avenue today. This original Telegraph Road was soon renamed for the sake of development marketing, so city planners in Berkeley and Oakland decided to preserve the historical name by changing the names of Humboldt and Choate streets to Telegraph Avenue in 1892.

Meanwhile, the UC Berkeley campus had relocated from Oakland to Berkeley in 1873. As the first UC in existence, the university drew masses of elite academics and liberals to the city. Located in such close proximity to the campus, Telegraph soon became a hub for cultural activism. 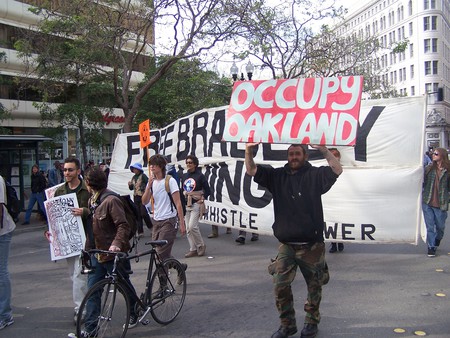 In 1964, Jack Weinberg was arrested for refusing to show his ID while recruiting on campus for an off campus political activist organization. He was led into a squad car on Telegraph Ave followed by hoards of students surrounding the car, protesting his arrest in the name of free speech. For 32 hours, Weinberg remained in the squad car as an estimated 3,000 of his peers rallied around it, some even climbing on top of the car to make speeches before the university finally released him. This incident became known as the the spark that started the Free Speech Movement.

As the Vietnam War took over the nation, a variety of other protests popped up around the avenue and the university. One of the most memorable incidents occurred in 1969 as Berkeley residents took over an empty lot off of Telegraph. The lot had been allotted for student housing, but as the university fell short of funding, the lot fell into abandon. Student activists developed a plan to turn the lot into a public park, gaining support from local merchants and residents. According to activist Michael Delacour, ‘We wanted a free speech area that wasn’t really controlled like [UC Berkeley’s] Sproul Plaza was. It was another place to organize, another place to have a rally. The park was secondary.’ 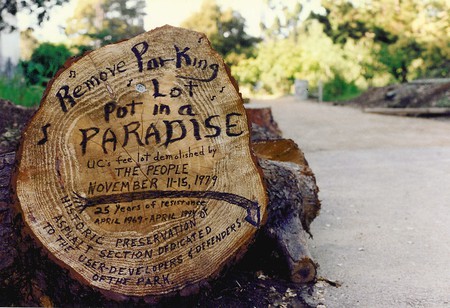 Without official consent, students rallied the community and proceeded to start building the park they had envisioned. Locals filled the park with plants and soil, and it was nearly finished by only three weeks after. The park was met with approval and affection by most of the community while university administrators continued to establish plans to take over the park and turn it into a sports field. The chancellor promised not to take any action on the park without warning the People’s Park committee.

Unfortunately, Governor Ronald Reagan (notorious for his disapproval of UC Berkeley’s activism) made no such promise. On May 15th, Reagan sent police officials to take over the park, destroying most of its newly cultivated plant life and built a fence to keep students out. Outraged, about 3,000 students rallied and stormed the park, throwing bricks and rocks at police officers, who returned fire with tear gas. The group of rioters grew to 6,000; cars shortly after were set on fire and about 800 police officers were sent to the scene. In a desperate attempt to maintain control when severely outnumbered, officers fired into the crowd with shotguns and buckshot, killing one student and blinding another community member. At least 128 students were admitted to the hospital with police-inflicted wounds, while many others avoided official treatment in order to evade arrest. UCPD claims 111 officers were wounded. The occasion became known as ‘Bloody Thursday.’ Over the next few weeks, Reagan sent in 2,700 National Guard troops to take back the city by aggressive means, and hundreds of demonstrators were arrested. The response included dispensing airborne teargas that spread around the entire city, hospitalizing innocent people and children for miles. 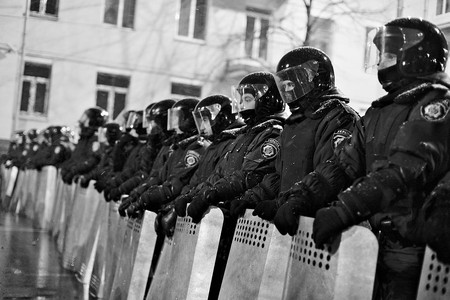 Over the next few years, a series of smaller protests took place over the park, both peaceful and tumultuous. The Berkeley City Council finally voted to lease the park from the university, rebuilding it into what is still known as People’s Park today.

Throughout the 1970s, Telegraph’s radical reputation drew a diverse, countercultural crowd. The streets filled with multicultural shops and restaurants as artisans and craft vendors lined the sidewalks. Eventually the avenue became something of a tourist destination throughout the 80s and 90s, as visitors came to see what remained of northern California’s hippie mecca. 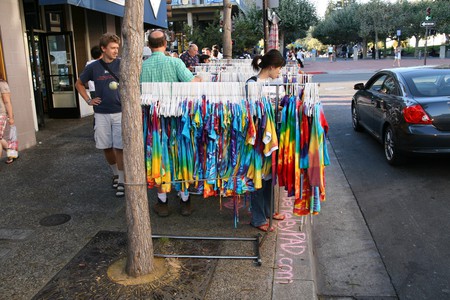 Today, Telegraph Avenue is still bustling and filled with students. While craft and art vendors can still be found lining the streets to sell their wares, the surrounding shops have evolved to include a mix of unique international specialty shops and corporate retail chains. A variety of street fairs and events are now hosted on Telegraph, celebrating a diverse array of arts and cultures, and perpetuating the avenue’s dedication to diversity and humanity. 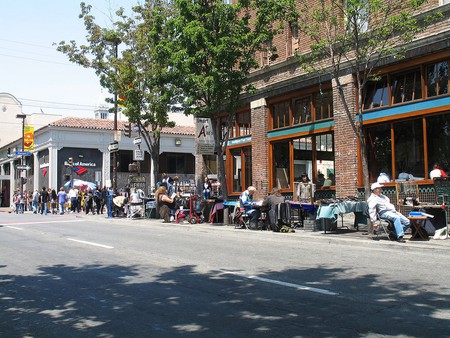