San Francisco has a rich history, and many authors have been inspired by ‘The City by the Bay.’ Days could be spent exploring all of the city’s literary past, and oftentimes, it can be difficult to know where to start. For book lovers who find themselves with anywhere from an hour to an entire day free in San Francisco, any of the suggestions below can provide a great starting place for a memorable day in the city.

San Francisco is the birthplace and home to many well-known, influential writers, and the influence of the city on them is evident in much of their work. In multiple locations around San Francisco, there are plaques commemorating the native writers and the places they once lived. If you are interested in the history of San Francisco as a home to writers, you can visit the birthplace of Jack London, the apartment of John Steinbeck, and the plaza dedicated to Robert Frost, in addition to the homes of many more authors scattered around the city. 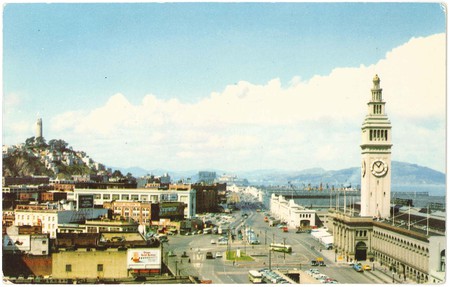 Founded in 1953, City Lights was the first bookstore in the nation to sell all paperback books. This independent bookstore is considered to be a literary landmark, having its roots tied in with the Beat Generation. In addition to the bookstore, City Lights Publishing emerged in 1955, and to this day, the group has published over 200 titles, many of which are sold in the store. It would be hard for anyone to leave the store without their interest sparked in a subject or even a book in their hand after wandering through the three stories of paperback and hardcover books.
Open In Google Maps
261 Columbus Avenue, Chinatown, San Francisco, California, 94133, USA
+14153628193
Visit Website
Give us feedback

Along with Los Angeles’ Venice West and New York‘s Greenwich Village, North Beach became an outpost for the Beat Generation, a group of close friends including Allen Ginsberg, Neal Cassidy, Jack Kerouac, and William S. Burroughs, who drove a social and literary movement in the 1950s. Original manuscripts, memorabilia, and work from the movement can be viewed at the Beat Museum located in the North Beach neighborhood. After viewing the literary work that emerged from the era, you can head over to the world renowned Vesuvio Cafe. This saloon, located directly across the street from City Lights Bookstore, was a favorite meeting spot for members of the Beat Generation.

Walking down Haight Street, you move from the Beat Generation of the 1950s and into the Counterculture Revolution of the 1960s. Center of the hippie movement and the 1967 Summer of Love, the Haight-Ashbury District is a lively neighborhood, which to this day retains the mindset of peace, love, and rock ’n’ roll. Ken Kesey, author of One Flew Over the Cuckoo’s Nest, and his Merry Pranksters spent their days hosting Acid Test parties around the area. Stop by the unique, independent bookstore The Booksmith to pick up a copy of The Electric Kool-Aid Acid Test by Tom Wolfe, which follows Ken Kesey and his Merry Pranksters as they travel across the country in their painted school bus.
Open In Google Maps
1644 Haight Street, Haight-Ashbury, San Francisco, California, 94117, USA
+14158638688
Visit Website
Give us feedback 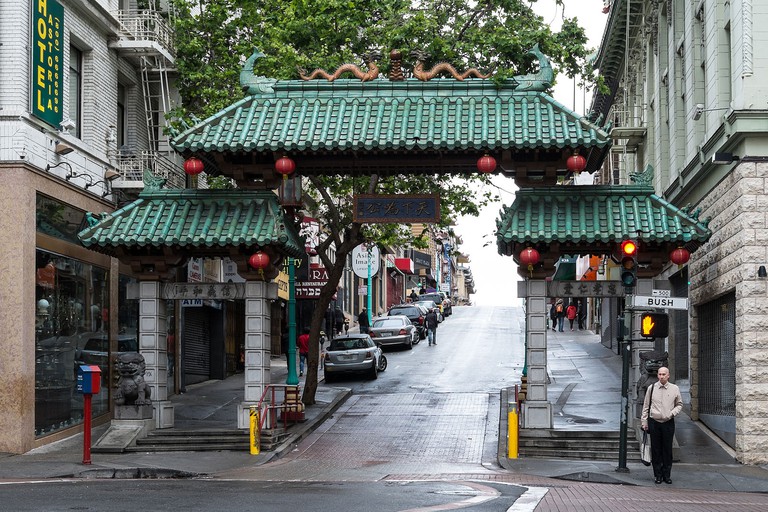 Dragon Gate to Chinatown in San Francisco | © Alice Wiegand/WikiCommons
Book Now
For fans of The Joy Luck Club by Amy Tan, Chinatown is a must when out in San Francisco. The Chinese community centered in the heart of the city, on Grant and Stockton, is the oldest Chinatown in North America and the largest outside of Asia. The neighborhood boasts numerous traditional restaurants, markets, and shops in which one could spend hours getting lost. Be sure to explore the small side streets as well to get the full cultural experience.
Open In Google Maps
Chinatown, San Francisco, California, USA
Visit Website
Give us feedback

Outside of the bustling city, San Francisco’s natural beauty has captured the minds of writers for years. The rugged beauty of the Pacific Coast and the lingering fog on the bay has become backdrops for many pieces of literature. Visit Ocean Beach to experience the environment that inspired Robert Frost’s poem ‘Once by the Pacific,’ or go down to the waterfront to see what Jack London saw when he wrote Martin Eden. Just north of the city, Muir Woods National Monument is a delight for those interested in natural history writing. With trails that weave between towering California redwoods, it is the perfect place to go for a walk to clear your mind or to sit down with a good book. 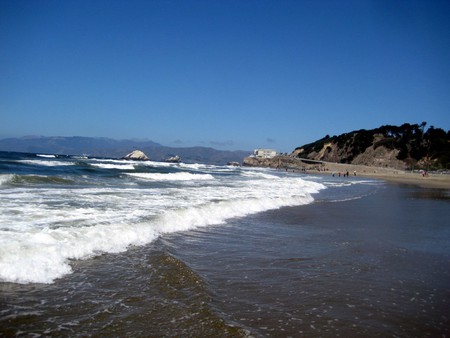 Looking at Ocean Beach | © Andrew Mager/Flickr
Give us feedback