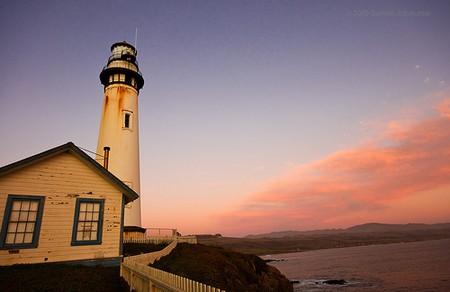 The hustle and bustle of everyday life in San Francisco can really wear on a person, so it’s nice to escape the city from time to time. Check out these quick getaways for instant staycation vibes.

The name ‘Santa Clara’ may not bring visions of fun to mind immediately, but this unassuming town an hour south of San Francisco is home to one of Northern California’s biggest attractions: California’s Great America. The 400-acre park is equipped with countless roller coasters, kid-friendly rides, a waterpark with a sizable wave pool (so you can pretend to surf), and the world’s tallest double-decker carousel, Columbia. In Halloween the park hosts a frightening series of fright nights, where there’s a chance you could get accosted by a zombie or werewolf in-between rides.

Angel Island is the largest natural island in the San Francisco Bay and offers some of the best views of the surrounding Bay Area. From 1920 to 1940, the US Immigration Station processed thousands of immigrants on the island, and during World War I and II, the island acted as a processing point for troops and prisoners of war. Hop on the the ferry to Angel Island, and take a scenic stroll through history.

An hour north of San Francisco, just over the Golden Gate Bridge is Napa, also known as wine country. You can tour one of Napa’s many wineries on your own, take the ferry, or embark on a journey on what is probably the greatest transportation idea in recent history: the Napa Valley Wine Train. The wine train picks up at the San Francisco Ferry building and takes passengers on a scenic ride through Napa valley, stopping at four wineries on the way. All the fun of wine tasting without having to worry about designating a driver.

Never thought of Taco Bell as a destination spot? Then you’ve probably never been to the one in Pacifica. The beach town 25 minutes south of San Francisco is home to what is affectionately referred to as ‘The Nicest Taco Bell in America,’ and rightfully so, as the fast food eatery is situated on the shores of the city’s beautiful main stretch of beach. You can enjoy the sights, cool ocean breeze, and Gordita all at the same time.

Just north of San Francisco, Sausalito is home to endless waterfront dining options. Along the city’s main street, Bridgeway, you can enjoy anything from pizza and surf ‘n’ turf to Mexican food. After you eat, stroll through the small community of houseboats Sausalito is famous for.

Petaluma is home to lots of beautiful sights, none being more beautiful than the Marin French Cheese Co. This cheese shop possesses hundreds of different cheeses and sandwiches and a lakefront picnic area on which to enjoy them all. Stop by during summer to taste test seasonal cheeses and get a tour of the facilities.

Pescadero is a hotbed of good eating. This coastal town is home to many farms, including the Swanton Berry Farm, where you can pick your own berries during strawberry season. If fish is more your thing, check out one of the many restaurants in town that offer fresh, locally caught seafood. If pretty sights are what you need, head to the Pigeon Point Light House and soak up the sights of the bay.

Surfers, rejoice! North of San Francisco is Stinson Beach, a beach with waves as big as the beach is beautiful. Go during summertime, walk through the beach community, and check out all the quaint little shops and eateries in the area.

Berkley is the often overlooked hotbed of counter culture in the Bay Area. Sure, the city is home to one of the state’s most prestigious universities, but it is also home to tons of vintage shops, eclectic jewelry shops, Amoeba and Rasputin Music, a ton of vegetarian and vegan restaurants, and some of the best pizza in the Bay Area.

Ivane is a Bay Area native currently residing in San Francisco. A recent graduate from San Francisco State’s journalism school, she enjoys film photography, rollerskating, and live music. You can almost always catch her at one of San Francisco’s numerous parks appreciating the beautiful backdrop the city provides to even life’s most mundane moments.