The Summer Activities Los Angeles Locals Love The Most 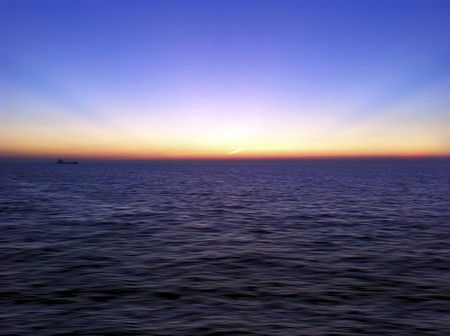 Los Angeles is always a hubbub of activity, regardless of the season, which makes it a perfect destination for a day trip with your friends or an extended vacation for the summer. Read on to find out more about the hotspots in the city you should visit to get a local’s perspective of the culture. 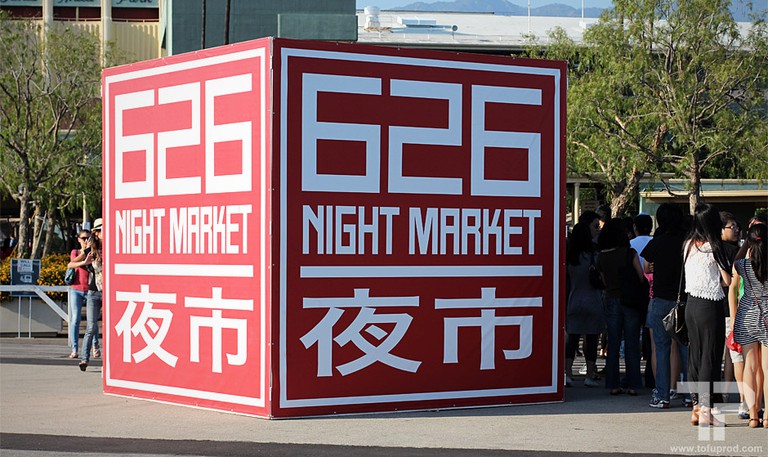 Picture opportunity at the 626 Night Market | © tofuprod/Flickr
The 626 Night Market, which is modeled after Asian night markets peddling street food, isn’t exactly located in the Los Angeles area, but it’s worth the trip out. The booths that are set up around the Santa Anita Park grounds beckon you to buy their dishes and merchandise, each one more intriguing than the last. You’re likely to find the latest Asian food craze here before they become a SoCal trend; rainbow grilled cheese sandwiches, waffle ice cream and spicy tuna burgers all had their stint here before they popped up elsewhere. If the street food doesn’t catch your fancy, the art booths and music performances by local artists are sure to do it for you instead.

Dance The Day Away At The Do Over

Nightclub, American, $$$
Facebook
Email
Twitter
Pinterest
Copy link
Share
A Sunday afternoon party taking place every so often at Lure Nightclub, The Do Over boasts a casual, laid-back vibe that feels more like a backyard barbecue than the club where it takes place. DJs that play at the events are almost never announced beforehand and have free rein over their music selections, but since the event’s fixture in the LA dayclub scene for over a decade, The Do Over’s attendees have learned to expect good music – ranging from dancehall to trap to hip-hop and R&B – every time. If you’re still not partied out from your Friday and Saturday nights, The Do Over’s a great way to finish the weekend strong.

Get Lost And Found Again In Escape Rooms

Although not a summer-only activity, escape rooms like The Basement LA and Escape Key Entertainment have recently exploded in popularity. These interactive games pit you against the clock as you and your friends scramble around the room looking for clues and solving puzzles in order to escape. Companies like Room Escape Live include adventure-based challenges as well, choosing not to focus solely on the fear factor many other escape rooms use. Set design and, in some places, performers interacting with you as part of the storyline help fully immerse players in the experience. As a general rule of thumb, phones are strictly prohibited during these challenges; what better way to disconnect and spend some time with your friends?

Nom On Poke At Venice Beach 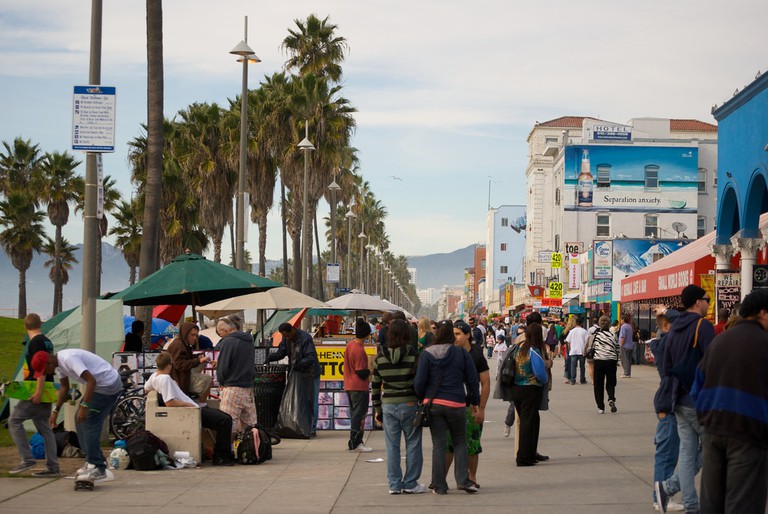 The view from the boardwalk | © Edgar/Flickr
Poke – a Hawaiian dish consisting of cubes of marinated raw ahi tuna mixed with onions, sesame seeds, and other tidbits and placed on a bed of rice – has become a mainstay in Los Angeles for some time now. However, Poke-Poke, located on the Venice Beach boardwalk, is a tried-and-true local favorite that has been around long before the poke craze took hold of the city. Start by choosing your flavor, your add-ons, and whether you want it Hawaiian style (without rice) or not; Poke-Poke has also recently allowed customers to order online for pick-up or delivery. After your meal, feel free to explore the kitschy boardwalk and enjoy the sun.

LA is one of the biggest hubs of entertainment in the country, so it only makes sense for music festivals to make their home here. Residents this year include Hard Summer, a hip-hop and bass music-heavy festival created by electronic music DJ Destructo, and FYF Fest – a festival encompassing many diverse genres of music. Music festival producers are always looking to make their events the best of the best, so while you’re listening to music curated by well-known tastemakers in the industry, you can also expect to find stimulating art installations and popular food items there.

Kickback And Relax At An Outdoor Movie

Warm nights call for movies under the stars, and LA definitely delivers on that front. All across the city, outdoor movie events are popping up just in time for the summer – from Moonlight Movies on the Beach to the Rooftop Cinema Club to Cinespia’s now-famous Outdoor Cemetery Films. These occasions provide a more intimate experience than most movie theaters can provide, with some places even allowing you to bring picnic blankets to really settle down for the night. A great twist on a typical date idea, outdoor movies seem to bring out the best of the city for couples looking to enjoy a night out together. 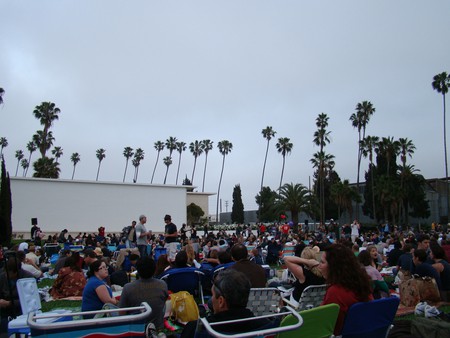 Movie screening at the cemetery | © vmiramontes/Flickr

Once you’ve found a favorite bar in the city, it’s easy to get stuck in a rut; but why not try something new? All over LA, rooftop bars such as Perch and the Rooftop at the Standard Downtown are opening their doors to crowds looking for a change of scene for the season. It’s a great way to make the most of the weather at night while also enjoying the views that Los Angeles has to offer. These places also tend to fill up quickly, especially on the weekends, so remember to arrive early to beat the lines to get in.

Get Beachy With A Twist At Shakespeare By The Sea

Looking to add a bit of high art to your summer? Shakespeare by the Sea, a non-profit theatrical organization, puts on different Shakespeare plays in LA and South Bay during its Free Summer Festival. The program, which was founded in 1998, aims to promote literacy and encourage a passion for the arts in the communities they serve while also providing a space for artists to exercise their skills. The plays for this year, Cymbeline and Othello, will be performed in many different open-air venues all over Southern California, so it’s best to bring a blanket and some good company.