8 Songs that Captured the Soul of California in the 1960s 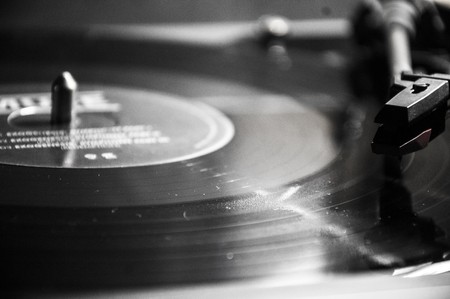 California’s bustling music scene during the 1960s marked a time of unforgettable soul and sound. An era in the height of The Beach Boys’ good-time groove, the state’s musical benchmark lived in a decade that set it apart from all other places in the United States. Some anthems of the 1960s are a nostalgic trip to the Golden State’s pastel-colored, beachy soft-rock era, capturing the culture and the heart during this seminal decade. Here are eight of these songs.

Marlena Shaw’s song, much like its title, captures the soul of California. This Ashford & Simpson remake, an original B-side to The Messengers, emphasized the iconic 60s groove. This late-decade ode to California cemented Marlena Shaw as a successful R&B artist, amounting to her repeated stream of hits. Shaw is now often sampled in popular hip-hop songs. But it was her effortless take on this California cover song that provides all the allure and dreaminess of the state itself.

In the throes of a broken relationship and the pieced heartache that comes along with it, Charlie Rich sings of clinging onto desperate hope while moving on in the city “across the Bay” — San Francisco. His melancholy beat of 1960s blues shines through this song, highlighting the depths of love and loss in the Golden State.

The lyrics to this instrumental-heavy blues song grasp the notion that heartbreak doesn’t care about location. Even in the idyllic California sun, Chicago’s anthem attests to the pain of loss. The song’s own title “South California Purples” is a play on words — a reference to the staggering shades of “blues” throughout anthems and ballads of this genre and in this time. “South California Purples” elevates the classic blues song, just as California always tries to do.

A sunnier tune, Lesley Gore’s “California Nights” captures not loss, but love, and what it means to fall in love. Especially, falling in love in California — it’s an ode to sunshine, shoresides, and crisp warm nights. Gore’s song evokes the magic believed to touch all those who stay in the Golden State. With its beachy and mood-driven sound, the single has all the makings of a nostalgic California classic.

Cass Elliot’s classic 60s sound shines through in “California Earthquake.” Its lyrical take on a classic California-based song is most apparent: “they tell me the fault line runs through here.” The San Andreas Fault Line, that is. Earthquakes are a part of life in California’s reality and mythology — an exaggerated semblance of California-life, but also a tangible part of living there both before and after the 60s. Elliot not only showcases the unpredictability of earthquakes, but also that “the big one is coming…we just don’t know when” mentality of Californians.

It would be remiss to think of 1960s California music without paying homage to its most notable makers: The Beach Boys. Encapsulating the wistfulness of summer in their most-recognizable sound, The Beach Boys honed the craft of California imagery from the 60s through the 70s. Their 1965 hit, “California Girls” is an ode to stereotypes and realities alike — replete with fanciful women and their beach tans awaiting visitors to the state. In many ways, The Beach Boys’ tribute to California girls made for an emblem that continues to mark generations of women.

Jan and Dean, “The Little Old Lady From Pasadena” 1964

In California, driving is inevitable, even for the little old ladies. Along with that prototypical 60s beach sound, Jan and Dean’s “The Little Old Lady From Pasadena” highlights the importance of driving around the state.

This anthem captures the yearning to visit the Golden State. Particularly during the heartfelt 60s era, when California was a pseudo-promised land for city dwellers all over the country that dreamed of greener pastures. This decade-marked classic shows that no matter where you are, you’ll always have an eye out for that first train out to California.