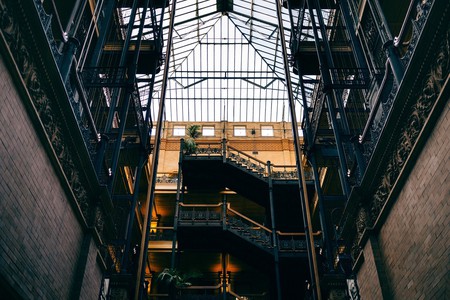 Los Angeles’ film staple is the Bradbury Building, and you’ll recognize it from these Hollywood movies.

Los Angeles takes up a ton of real estate when it comes to filming locations. Though a ton of movies are shot in the City of Angels, they aren’t necessarily meant to be set there. In fact, many filming areas of L.A. are stand-ins for other cities.

When it comes to filming at the iconic Bradbury Building, however, that’s just not possible. The L.A. landmark was constructed in 1893 and is best known for its elaborate atrium. This five-story office building was designated a National Historic Landmark in 1977 (a rare honor for an office building), and it lives as the city’s oldest landmark building today. It’s also a bonafide Hollywood star in its own right—appearing in some legendary film classics. Here are eight films in which you’ll recognize L.A.’s Bradbury Building.

You can’t miss the Bradbury Building in 1982’s Blade Runner. The landmark appears as the decrepit building where J. F. Sebastian lives. Director Ridley Scott made the most of the Bradbury’s unique staircases to create one of the science-fiction classic’s most memorable gloomy scenes.

(500) Days of Summer is a movie about an ill-fated story of boy meets girl, but it’s also a movie about Los Angeles and an architect. It would be a waste to make a film about an aspiring architect in Los Angeles and not have a scene in the Bradbury Building. In (500) Days, that scene comes in right at the end of the film, when Tom is interviewing for a new job (and where he meets Autumn).

In 2011’s Oscar-winning feature The Artist, the Bradbury serves as the Kinograph Studio. The gorgeous historical landmark fits right in for a period piece and helps transport the audience back in time to 1927 when the film takes place. 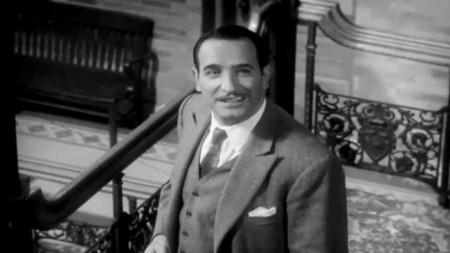 Jean Dujardin in the Bradbury Building in The Artist | © Warner Bros.

The 2000 film Pay It Forward is the kind of inspirational, emotional roller coaster to watch when you need a good cry. The movie follows a little boy named Trevor who has an idea to change the world for the better—Pay It Forward, a plan in which one person repays a favor by doing something nice for three other people, instead of “paying it back” to the person who did something kind for them. Then, each of those people “pay it forward” to three more people and so on. While Trevor lives in Las Vegas, the film eventually links up with an L.A.-based journalist, played by Jay Mohr, who enjoys a scene in the Bradbury Building. Small world, right?

In the 1944 film noir classic Double Indemnity, the Bradbury Building makes an appearance as the Pacific All Risk Insurance Company, where Fred MacMurray’s and Edward G. Robinson’s characters work. It’s a perfect fit since there is not a more classic L.A. office building than this one.

There’s something about the Bradbury Building that just evokes the creepy, mysterious vibes of film noir. That’s probably why several have filmed there. The Bradbury is the setting of the climactic scene in the 1950s film D.O.A. 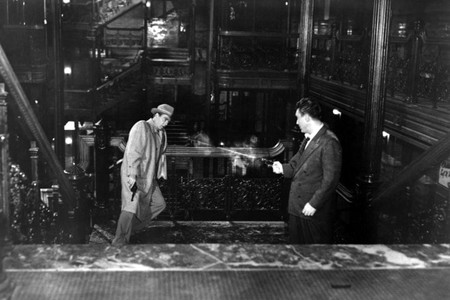 In the 1994 romantic horror film Wolf, the Bradbury Building did something it rarely gets a chance to do—it played a building other than itself. It doubled as a New York publisher’s office in the Jack Nicholson film.

The Lethal Weapon franchise is a very L.A.-centric action series. In the fourth Mel Gibson/Danny Glover film, the Bradbury Building gets a role as Leo Getz’s (played by Joe Pesci) dentist’s office.