8 Films That Make You Want to Go Into Space 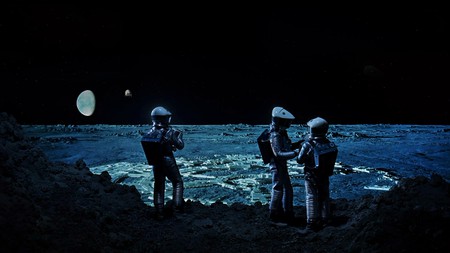 There’s something about films and space. From one of the earliest films ever made to the flurry of recent OSCAR nominees, spaceships and the silver screen have been besties. But the thing about most space films is that they hardly have you reaching for the stars. Whether it’s Alien (1979), Sunshine (2007), or The Martian (2015), being in space looks a whole lot like being lonely, stalked and/or brutally murdered. To balance the scales, here are eight films that would have you ringing up NASA about their apprenticeship schemes.

Sure, the plot’s a little creepy. But the awe-inspiring visuals of space were unrivalled at the time – remember, it was released a year before Neil Armstrong actually went to the moon. Plus, A Space Odyssey wins points for being one of the more accurate representations of space travel out there… but maybe let’s leave HAL at home.

The Star Wars films make living in space look like a right old romp. Okay, you have to fight the odd dark force, but with a wookie, ewok and/or robot by your side, it’s a cinch. Shoutout to the planets we most want to visit: Naboo, Endor and Kashyyyk.

Cult favourite Galaxy Quest is a pastiche of Star Trek that somehow manages to be more camp than the original series. While we can’t imagine going into space is in any way like this, we can dream of being beamed up in a limo with a sarcastic Alan Rickman.

An oldie but a goodie, Le Voyage dans la Lune by pioneering filmmaker Georges Méliès was the birth of sci-fi cinema. Theatrical stages, beautiful costumes and stars made out of pretty girls create the fantastical space setting. Even giant wasp aliens couldn’t put us off.

Sure, everyone in 2805 could do with losing a couple of pounds. But the humans are pretty much irrelevant when there’s a robot as cute as WALL-E taking the lead. The animated visuals of space are stunning, and it’s hard to watch the scene where WALL-E touches the stars without tearing up just a little bit.

Interstellar, starring Matthew McConaughey and Anne Hathaway, gives a mind-bending view of what other planets could look like. There are water planets, tube planets and planets that look like an upside-down silver desert. As well as incredible visuals, Interstellar made everyone really think about what it means to travel through space – and whether you can ever truly come home.

If you don’t want to be in the Guardians of the Galaxy gang, you need to have a long hard look in the mirror. The coolest squad in the Marvel universe flit around space making funnies, saving worlds and listening to retro bangers. We want in.

Alright alright, Gravity isn’t the most positive view of space travel on this list. Dr Ryan Stone (Sandra Bullock) ends up tumbling through space alone in stomach-churning sequences. But if you managed to peer between your fingers while watching, you’d have seen some of the most beautiful scenes in cinematic history. Plus, if you’re going to get lost in space, who better than a chirpy George Clooney to keep you company?