7 Things You Need To Know About Frank Lloyd Wright

Famed architect Frank Lloyd Wright’s Hollyhock House in Hollywood has reopened to the general public after a five-year restoration. To celebrate this historic moment, the house was open for 24 hours of self-guided tours. Notwithstanding the extended opening day hours, the house was continuously bustling with guests as Angelenos impatiently waited in line to explore the architectural treasure. Here are seven facts to know about Frank Lloyd Wright before your next trip to Hollyhock House. 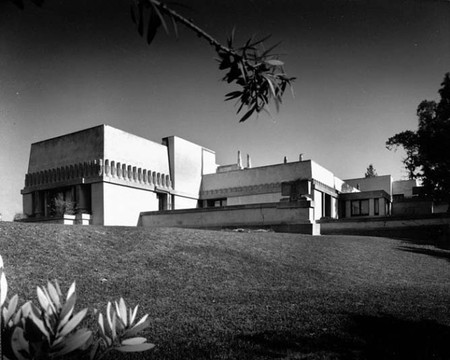 1. It’s all about the rare landscape

Hollyhock House, located atop Olive Hill on Sunset Boulevard in Hollywood, was commissioned as a residential home for oil heiress Aline Barnsdall. The building of Hollyhock House lasted from 1919 to 1921. Plans to build the Los Angeles residence and potential theater were initiated in 1915, but due to unforeseen complications in Barnsdall’s life, plans were postponed until she purchased Olive Hill in 1919. Wright was particularly attracted to the project due to Olive Hill’s unique landscape: In addition to its beautiful olive trees, it is located on a rare natural hill in the midst of the bustling, predominantly urban area in Hollywood. In honor of her father Theodore Barnsdall’s death, Aline Barnsdall dedicated Hollyhock House to the City of Los Angeles to be used and enjoyed by the general public in 1927. Self-guided tours are available at the house Thursday through Sunday, from 11am to 4pm. 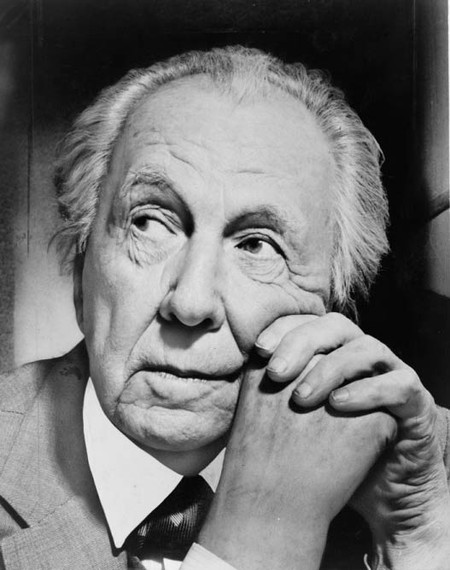 During his lifetime, Wright designed 1,114 buildings, but only 532 of them were actually completed. While some buildings have been demolished, you can still find Frank Lloyd Wright’s architecture all around the world, including the United States, Japan and Canada. Wright’s designs include residential homes, commercial buildings, churches, museums, mausoleums and more. Although he had quite a few unfulfilled designs during his lifetime, many were realized years after his passing. Los Angeles is also home to a number of Wright’s architectural achievements. For a Saturday full of architectural fun, you can take a three-hour tour of Frank Lloyd Wright’s Los Angeles buildings. 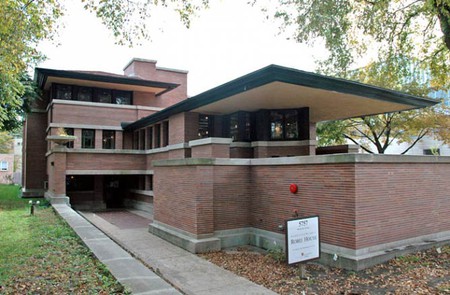 3. Wright was invited to give a speech in the Soviet Union.

In 1937, Wright was invited to Moscow to attend the First All-Union Congress of Soviet Architects. Initially he refused the invitation because he was suffering from pneumonia. However, he later changed his mind and traveled to Moscow in June. Accounts of Wright’s time in Moscow appear to be hazy, as there are several contradictory records. There are four different versions of Wright’s USSR speech, and each seems to serve a different, calculated purpose – two by Wright, one by the Communist newspaper Pravda, and another by the Communist journal of Architecture. Although this moment in his life is still frequently discussed and debated, it is widely believed that Wright influenced Communist architecture to some degree.

4. Wright is considered the pioneer of all-American architectural style.

Wright was one of the leading architects of the Prairie School of architecture. Stylistic features of the Prairie-style home include flat roofs, open spaces, horizontal lines and local materials. The various elements helped blend the building with the flatness of the prairie, which is how the style also got its name. As a result of the natural landscape, Prairie-style homes are more commonly found in the Midwest. The Prairie style, both in aesthetics and objectives, was starkly opposed to European and classical architecture. Therefore, many young American architects promoted the development of Prairie-style homes as the first architectural style indigenous to the United States. Wright’s Robie House in Chicago is a prime example of the aesthetic. 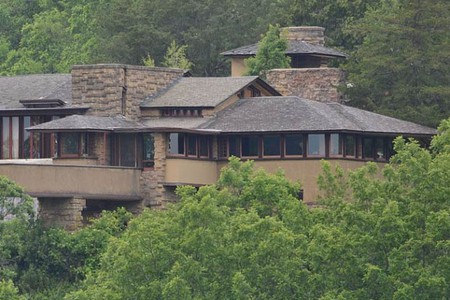 Wright’s Wisconsin home called Taliesin (meaning ‘Shining Brow’ in Welsh), was the center of controversy ever since its construction in 1911. It was rumored that Wright left his wife and six children to live in the home with his mistress, Martha ‘Mamah’ Brothwick. Tragedy struck on September 15, 1914 when Wright’s servant Julian Carlton set fire to the building and axed those who attempted to escape. Wright was in Chicago at time and avoided the tragedy. All but two were able to escape the fire. Upon returning to the home after hearing the news, Wright vowed to rebuild the home in honor of Mamah. 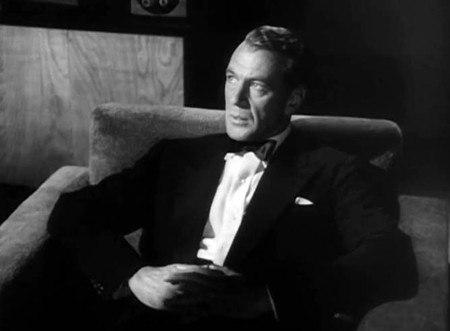 6. Wright is the rumored inspiration behind Ayn Rand’s The Fountainhead.

Ayn Rand’s seminal work, The Fountainhead, is a novel about a young architect, Howard Roark, who chooses to stand by his modernist architectural designs even though others reject his ideas. Roark is depicted as an independent and headstrong individual – very similar to Wright’s personality. Although Rand and Wright did not meet until after she was done writing the book, many parallels between the fictional character and the real-life architect suggest that Roark is indeed a fictional incarnation of Wright. 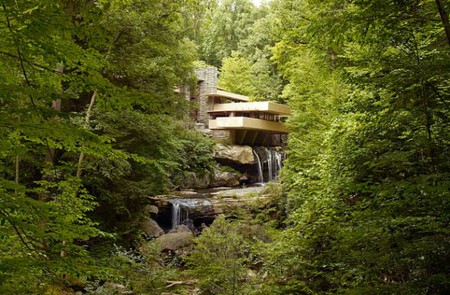 Wright’s architectural philosophy, “organic architecture,” was partially inspired by his adoration of Japanese architecture. The term refers to a style that attempts to find the perfect balance between man, nature and design. As opposed to a building overshadowing or dominating nature, Wright’s aesthetics attempted to harmonize and assimilate various natural elements – almost making the structure appear as if it grew out of the land. Fallingwater, located in Mill Run, Pennsylvania, is one of Wright’s most famous organic architecture homes.