As one of the most recognisable landmarks in the world, the Golden Gate Bridge has featured in countless movies over the years. As the suspension bridge turns 80 on May 27, we take a look back at how the San Franciscan icon has fared on the big screen.

As the video below shows, the bridge is often seen as a soft target for filmmakers eager to show global destruction. Just like the London skyline, the Golden Gate Bridge is so recognisable that audiences all over the world will know just what it means to see it attacked.

The last Bond film of the Roger Moore era (even the actor acknowledged he was far too old to play the character by this point), A View To A Kill is still an enjoyable enough action romp across the world. The climax of the film sees Maximillian Zorin (Christopher Walken) take his zeppelin across the bridge in an attempt to kill 007 and his love interest of the day. It’s certainly ambitious.

It’s now been firmly established that Starfleet command is based in a futuristic version of San Francisco in the various incarnations of Star Trek. We’ve seen the city feature briefly in the early films, in 1986 with the earthbound Star Trek IV (yes, the one with the whales), even returning to the present day. In the 2009 reboot starring Chris Pine as Kirk, we saw the bridge attacked early on.

Magneto (Sir Ian McKellen) is not messing about in the third film of the X-Men franchise. The metal-bending mutant shows off his incredible powers by lifting the bridge and moving it so that it connects to Alcatraz, another San Francisco landmark. The sequence is pivotal to the final act, and even features in the promotional posters for the film. 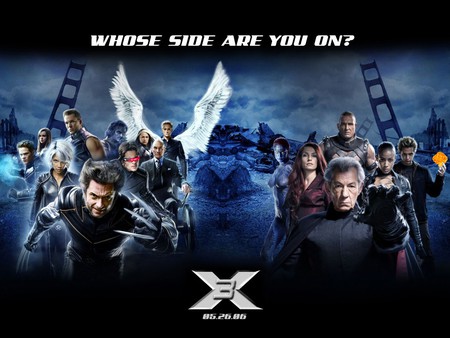 This underrated animation featured the vocal talents of Reese Witherspoon, Seth Rogen and Paul Rudd. The monsters and aliens of the title are actually the good guys, so when a villainous robot shows up and threatens humanity, the group of unlikely heroes are tasked with stepping up.

An outstanding example of a reboot (or is it a prequel?) done right, Rise of the Planet of the Apes makes ingenious use of the Golden Gate Bridge for its finale. In the sequel, Dawn of the Planet of the Apes (2014) crossing the derelict landmark becomes a significant plot point, but here it’s all about the structure as a dividing line between the intelligent apes and humans. The special effects throughout the movie are exceptional, but it’s in this extended sequence that we get to see just how much attention to detail went into delivering a superlative blockbuster. 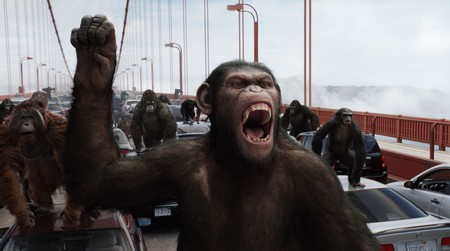 Rise of the Planet of the Apes | © 20th Century Fox

Featuring stop motion animation by the legendary Ray Harryhausen, this black and white monster movie typical of the 50s has an unforgettable sequence that sees a giant octopus destroy part of the bridge. In case you hadn’t guessed, there is something of a common theme developing here. 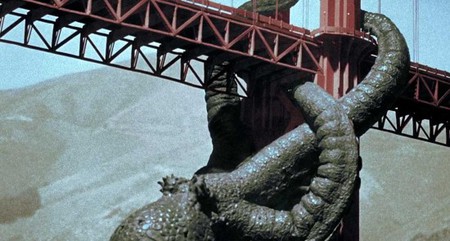 It Came from Beneath the Sea | © Columbia Pictures

A modern take on the monster movie, and featuring the perfect storm of robots, otherworldly beasts and global destruction, Guillermo del Toro’s sci-fi epic might not hit the highs of his previous films, but is still due for a sequel. One thing we won’t be seeing is the demise of the Golden Gate Bridge… but that’s only because a kaiju has already inadvertently destroyed it. 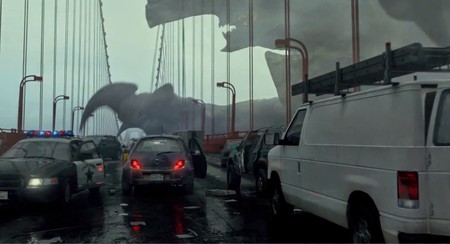