7 Films to Watch About Downtown LA 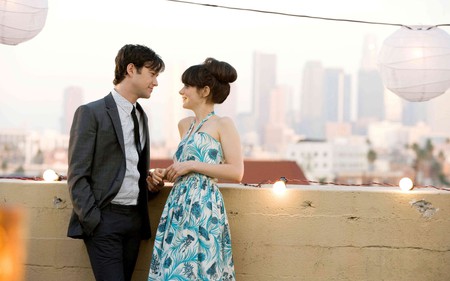 Hollywood is the movie capital of the world, which means Los Angeles is often tasked with filling in for other cities on film. With a focus on the metropolitan hub of Downtown LA, here are seven movies that feature DTLA in the past, present, and future.

Sometimes, however, the city gets to play itself—the city of LA becomes its own character—and the result is often as stunning as filmmakers hope it to be. When it comes to standing in for other locations, Downtown Los Angeles is likely tasked with filming more than any other part of the city—it’s LA’s only urban-looking neighborhood, replete with Manhattan-like high-rise buildings that span miles out. But when DTLA gets to be itself on film, the results are nothing short of incredible.

In 2009, Marc Webb’s (500) Days of Summer captured (and then broke) the hearts of romantic indie film lovers everywhere. The film starred Zooey Deschanel and Joseph Gordon-Levitt, but it also starred downtown Los Angeles in the early stages of its own renaissance. The romance between Deschanel and Gordon-Levitt’s characters might fizzle, but the film serves as an enduring love letter to DTLA.

2011’s Drive, starring Ryan Gosling, is an edge-of-your-seat thriller, and the only thing that might be more captivating than the action in the film is its breathtaking views of downtown Los Angeles. DTLA has never looked as simultaneously gritty and beautiful as it does when Gosling speeds through it at night in Drive.

In 2013, director Spike Jonze brought the world his vision for a near-future Los Angeles in Her. The film stars Joaquin Phoenix as Theodore Twombly, a man who falls in love with his operating system, Samantha (voiced by Scarlett Johansson). And the entire backdrop is set against a beautiful version of LA. The views of DTLA from Theodore’s apartment and behind him as he walks through the city mirror the beauty of falling in love.

Speaking of futuristic visions of Los Angeles, it’s impossible not to mention Blade Runner, which reimagines downtown LA as a flashy, advertising-filled dystopia. Since the original Blade Runner takes place in 2019, the odds of DTLA transforming into its vision of the future by the time the film takes place are more or less impossible, but it’s a version of DTLA that film lovers will never forget.

In 1984’s The Terminator, moviegoers were treated to several shots of downtown Los Angeles, most notably in the film’s iconic car chase scene, which takes place in DTLA (on Sixth and Seventh Streets and Broadway, specifically), and culminates in a shootout in the parking lot of the Department of Power and Water on North Hope Street. The film’s tunnel chase was shot in the Second Street Tunnel, which dives underground between Hill Street and Figueroa Street in DTLA.

Not every depiction of downtown Los Angeles in film is glamorous, romantic, or fantastical. In 1988’s They Live, John Carpenter used the dilapidation of DTLA as the backdrop in his horror/sci-fi film in what LA Weekly described as “a nightmare body-snatcher allegory about the yuppification of LA.”

Collateral might appear to be a story about a story about a contract killer and a taxi driver completing a hitman’s to-do list—and it is that on the surface. But, for Los Angeles natives, it’s also something of a twisted love letter to downtown LA. The city serves as both the backdrop for the action and a character in its own right, showing the full spectrum of what DTLA has to offer.