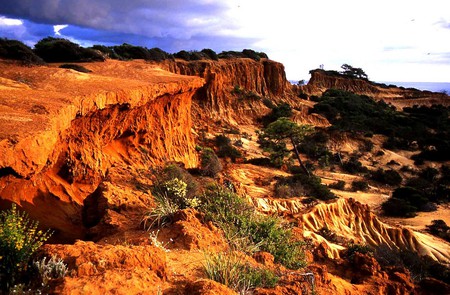 Not all of Southern California’s beautiful and fascinating places are as well known as the Santa Monica Pier or Joshua Tree. Some of them are tucked away, waiting for an adventurous traveler to discover them. Here are seven hidden gems of Southern California, including the ruins of a socialist commune and a movie ranch you might recognize from your favorite Western. 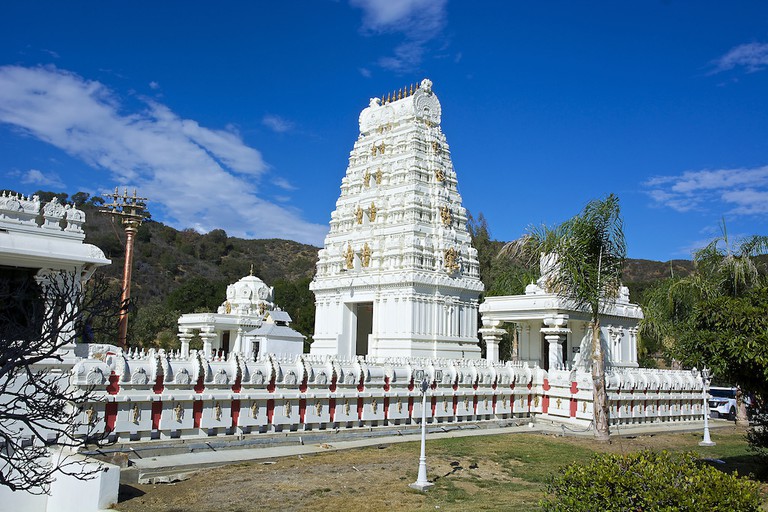 Malibu Hindu Temple | ©wplynn/Flickr
The Malibu Hindu Temple is a temple of the Hindu gods Venkateswara (presiding deity of the upper complex) and Shiva (presiding deity of the lower complex), with shrines to other gods as well. The beautiful temple, built in 1981, offers both services and educational tours. It is free to enter, though donations are accepted. Before heading out, be sure to read the guidelines for visiting.
Open In Google Maps
1600 Las Virgenes Canyon Road, Calabasas, California, 91302, USA
+18188805552
Visit Website
Give us feedback

Paramount began leasing this ranch to shoot Westerns in 1923, and the area is still used for that purpose today. Several scenes in Westworld were filmed here; specifically, fans might recognize this location from Dolores’s and Teddy’s flashbacks. Guests can visit the ranch for hiking and biking, and there’s a picnic area available for public use. 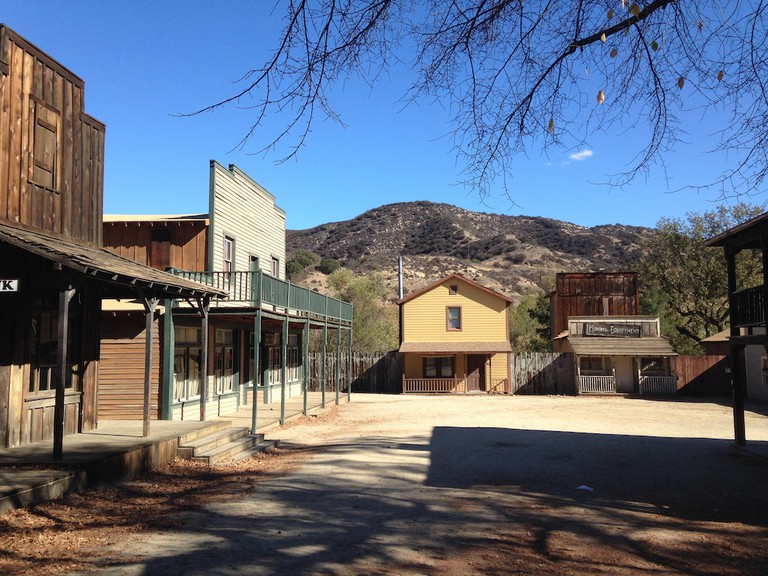 In the 1920s, a six-acre neighborhood of bungalows stood in San Pedro, blissfully overlooking the ocean. Yet in 1929, the structures began to slowly slide into the ocean. It was so slow that most of the bungalows were successfully moved, sans two that were lost forever. Since the 1940s, the area has been fenced off, and behind the fences are the ruins of the former neighborhood, covered in graffiti, and a stellar view. There’s been some talk of reopening the area to the public, though as of press time, it’s considered trespassing to explore beyond the fence. 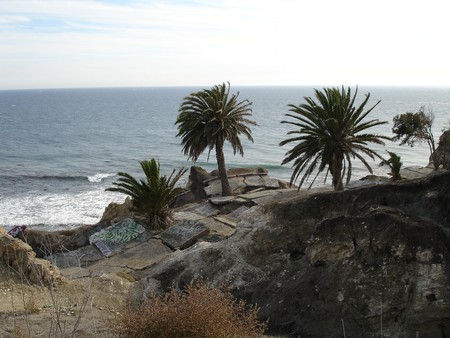 In 1911, lawyer Job Harriman was poised to become the first Socialist mayor of Los Angeles. Unfortunately for Harriman, he made the mistake of agreeing to defend John and James McNamara, two brothers accused of orchestrating the infamous L.A. Times bombing that killed 20 people. When the McNamaras, previously believed by many to be innocent, confessed to the bombing, Harriman’s chances of winning the election were shot. In 1913, Harriman took off for the desert to build his own Socialist commune, Llano Del Rio. The commune flourished for a while, but struggles over water rights and losing younger men to WWI diminished its success. Today, all that remains are ruins, which can be freely traversed by passersby. It’s a solid day trip from L.A. and offers a chance to visit the nearby Charlie Brown Farms for sundries and a date shake. 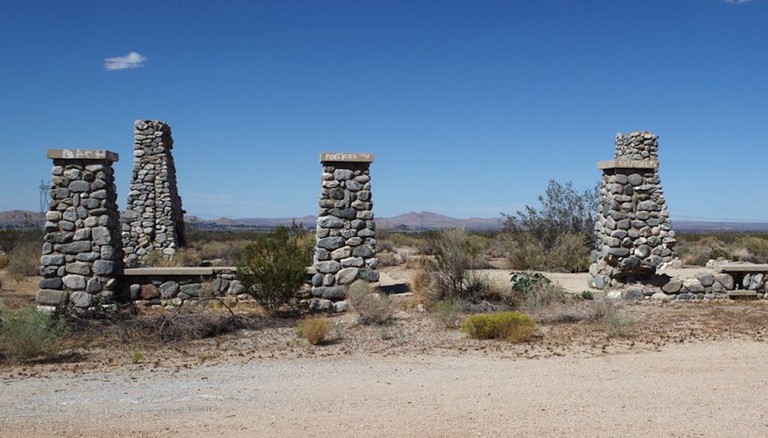 The Dutch Chocolate Shop is unique because there is tile work, including 21 different tile murals, from Pasadena artist Ernest Batchelder lining the entire space. The shop opened in 1914, but it has had many alternate identities since. It was a cafeteria, a Metro PCS store, and an arcade where vendors hawked various wares. At one point, the tiles were mostly hidden from view. The current owner is struggling with the city on reopening the space, but guests can occasionally jump on the rare opportunity to take a tour of it in-person, or you can check out the video below or the virtual tour by photographer Craig Sauer here.

Materials & Applications, founded in 2002, is a nonprofit that exposes the public to experimental architecture. They frequently pop up interactive installations that those in the know can stop by for both education and amusement. TURF was a nine-hole mini-golf course that explored various Los Angeles issues, while The Kid Gets out of the Picture was a climbable structure that played with the idea of the English picturesque movement. These exhibits seem to magically appear in the middle of the city, occasionally in the courtyard of M&A’s Silver Lake headquarters. Follow M&A on Facebook to see what they’re up to now. 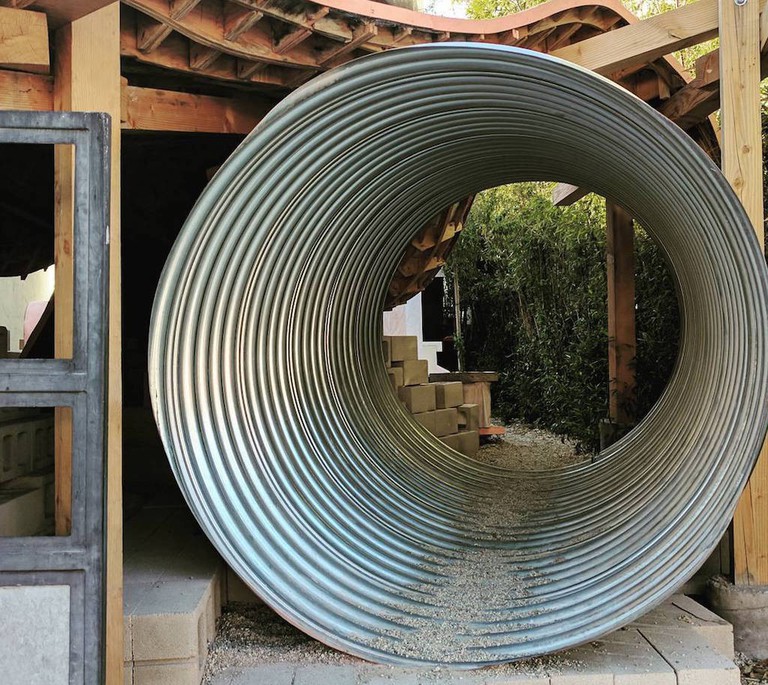 Torrey Pines State Natural Reserve is some 1,500 acres of gorgeous wilderness, yet it’s within the San Diego city boundaries. Because the area is a reserve and not a park, there are rules in place to ensure that it stays just as wild in the future as it is today. Guests who can follow those rules will witness a beautiful beach, stunning cliffs, and the trees from which this natural locale received its name. The cliffs can be dangerous, and experts warn to never sit beneath a fractured rock. 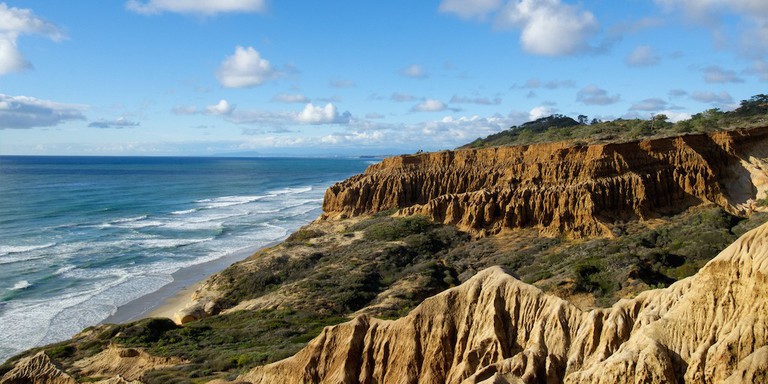