6 Food Blogs From San Francisco You Have To Follow 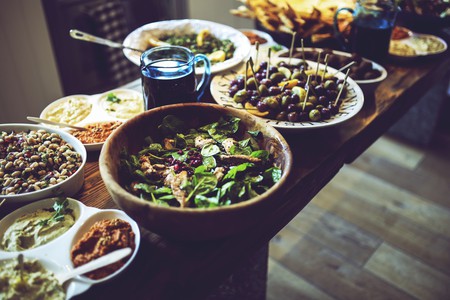 San Francisco is known for its strong foodie culture, filled with award-winning restaurants and some of the most talented and acclaimed chefs in the country. Dig into the community by following some of our favorite foodie blogs based in the city, featuring everything from a focus on great cheese to recommendations on how best to pair music with your food.

Turntable Kitchen is a website that draws a connection between food and music. The site is run by a couple in the Inner Sunset neighborhood who hand-select music for you to enjoy with particular foods in their Musical Pairings section. The site also features recipes with a focus on local ingredients, album reviews, and other thought pieces on travel and life in San Francisco. You can even subscribe to the Turntable Kitchen Pairings Box to get carefully curated food and music sent straight to your door every month.

Cyn Eats is a well-known San Francisco food blogger. Run by Cynthia, a young foodie traveler, the site is dedicated primarily to reviews of her favorite restaurants. Cynthia has declared her inability to cook, so come here for great recommendations on places to eat but not for recipes you cook at home. The site features San Francisco restaurants categorized either by meal price or by daytime versus nighttime eats. Thanks to this blogger’s affinity for travel, you can also find posts about eateries in New York, Los Angeles, Europe, and Asia.

Parisian coffee shop vibes that remind me of home #AvocadoToast 😋

Eat the Love is a food blog run by Irvin Lin, a San Franciscan food writer and graphic designer. Lin is an avid baker who has won awards for his blackberry lemon chess pie. Lin’s passion for sweets and baked goods is apparent on the site, where you can find a variety of recipes for creative sweet treats, all captured in gorgeous photography and displayed in an impeccable layout thanks to Lin’s design skills. You can even steal the recipe for Lin’s award-winning pie from the site.

Indian Simmer is a blog hosted by locals Prerna and Abhishek, who celebrate their Indian culture and share it with the world through colorful and creative Indian recipes. The blog is dedicated to ‘simplifying Indian cuisine and also bringing out the breadth of the cuisine.’ Over the years, the site has been the winner of a number of awards, as it shares the wide range of foods Indian culture has to offer. Some of the recipe categories include appetizers, curries, dinners, breads and rice, chicken recipes, soups and lentils, lunchbox recipes, desserts, and beverages.

A little under the weather. Flu season got me this time! So while flopped on the couch with baa baa black sheep and BINGO on replay, I'm thinking of dinner two nights back. Chole Masala in beautiful @mastrocompany casserole. (#Recipe in blog #archive)

Miss Cheesemonger is run by the cheesemonger herself, Vero Kherian, a San Francisco-based photographer and the official guild photographer for the California Artisan Cheese Guild. After spending a year working at a cheese shop in San Clemente, Kherian moved to San Francisco, where she has embraced the city’s community of cheese makers. Kherian aims to celebrate artisan cheese, food, and living in general by sharing stories of specialty food and the communities behind it, while also sharing features about restaurants around the city and various cooking tips.

A Side of Sweet

Hosted by San Franciscan Kelly Egan, A Side of Sweet is a blog sharing recipes, DIY ideas, and thoughts on style, travel, fitness, and design. The recipes have something for everyone and are divided into categories such as appetizers, breakfast, cakes and cupcakes, cookies, desserts, drinks, ice cream, entrées, pies and tarts, soups, side dishes, summer treats, vegan recipes, healthy snacks, holiday recipes, gluten-free recipes, and even dog treats. Find your new favorite meal here alongside travel recommendations and beauty tips.

This meal, with the prettiest caprese you ever did see! 🍅 🙏🏻 🍽 @allegrettovr #pasorobles