6 CEOs You Didn’t Know Grew Up in Los Angeles 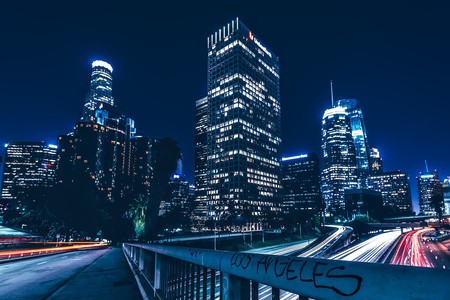 These are homegrown success stories.

When people make it big in the world of business, they become synonymous with the town in which they made their names. But their hometowns are the places that made them. Here are six successful CEOs you didn’t realize grew up in Los Angeles.

About: Spiegel was born in Los Angeles to two lawyers. He grew up in Pacific Palisades and attended Stanford University. However, he left Stanford early to focus on his startup—a little app called Snapchat. His classmates ridiculed the idea, but Spiegel believed in the idea and it paid off. Today, Spiegel is married to model Miranda Kerr.

About: Rad co-founded Tinder in 2012, along with Joe Munoz, Whitney Wolfe, Chris Gylczynski, Justin Mateen, and Jonathan Badeen. Rad has had his ups and downs, even with his own company. He served as CEO of Tinder until 2015, when he was pushed out of the job before returning to it six months later. He left the post again in late 2016 (but remains chairman) and was replaced by Greg Blatt.

Live on CNN in 5 min… #TinderOlympics

About: Heyward is the CEO and co-founder of Whisper, the anonymous sharing app that launched in 2012. In an interview with CNN, Heyward said Whisper’s mission was “building a product and company on the foundation of empathy and authenticity.” He says LA is his favorite city—so it’s no wonder he based his startup in Venice Beach.

Happy birthday to the best sister in the whole world @biancaheyward 🎉🎉🎉

About: Rosenblatt was born and raised in Southern California. In 1994, he co-founded his first company, iMall, where he served as head of internet media and web development. A decade later, in 2004, he became CEO of Intermix Media, where he was responsible for the explosive growth of MySpace. In 2006, he co-founded Demand Media, best known as the company behind eHow.

Dropped my son off at college yesterday (we had kids early). Such a weird feeling pic.twitter.com/YTX0RWxasf

About: Elbaz is a Caltech grad who has been working in tech for years. In 1998, he co-founded a company called Oingo, Inc., which changed its name to Applied Semantics in 2001. In 2009, he launched Factual, an open data platform for application developers. In addition to his work as an entrepreneur, Elbaz is an avid philanthropist.

About: Choi is a serial entrepreneur who has founded not one, but three successful companies across different technology sectors. He currently serves as Founder and CEO of Nativo, the leading native advertising technology company. More than 400 of the world’s largest media companies and 400 top brand advertisers use Nativo to create, distribute, and measure brand content.

Catching up with friends and making new ones while sharing an incredible experience at #PTTOWSummit pic.twitter.com/4R7DEsOYP6