6 Artists from San Diego to Know 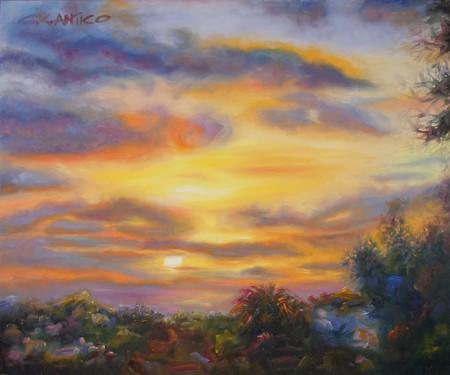 While San Diego’s art scene may not have the clout of Los Angeles or San Francisco, the city is home to vibrant street art and an ever-growing number of galleries. From vivid murals to mosaic surfboards, local artists are working with fresh colors and unique materials, inspired by the Southern California setting. As the city’s art community continues to grow, here are six local artists you should know about.

Monty Montgomery’s paintings and murals are characterized by their black lines, bright colors, and geometric shapes. Originally from Virginia, Montgomery set up his San Diego studio in 2008. He painted several murals in the city, and also contributed a fiberglass rabbit to San Diego’s “Rabbitville” public art campaign. His recent mural “Fractal #35” (pictured below) is in North Park on the wall of The Studio Door gallery. Surrounded by four other murals by local artists, “Fractal #35” is also right around the corner from Montgomery’s studio, where he is frequently available for visits. For those who can’t visit in person, Montgomery posts his latest work on Instagram. 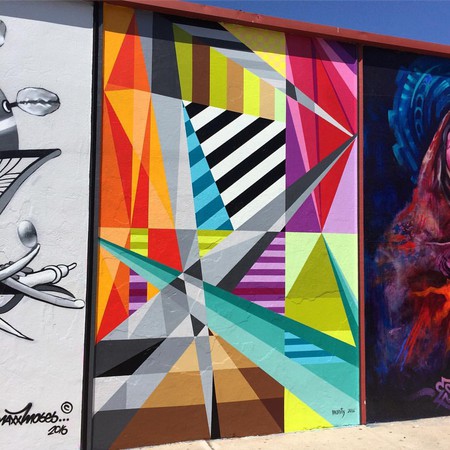 Born and raised in San Diego, Kenda Francis’ graffiti-style paintings of animals are inspired by her connection with nature. Francis donates a portion of her proceeds to the Lions Tigers and Bears animal sanctuary in Alpine, and her current paintings of jaguars will help raise donations for a jaguar conservation project in Brazil. “Juma” (pictured below) was inspired by a news story from 2016, when a Brazilian soldier shot and killed a jaguar after an Olympic torch event. “Metallic gold and silver rifles and triangles radiate around Juma to create an almost religious allusion to Madonna while the jaguar alone inspires power and beauty, worship and awe,” writes Francis. “This is an homage to the beautiful Juma, her stature, her grace, and her struggle as a wild animal to remain wild.” 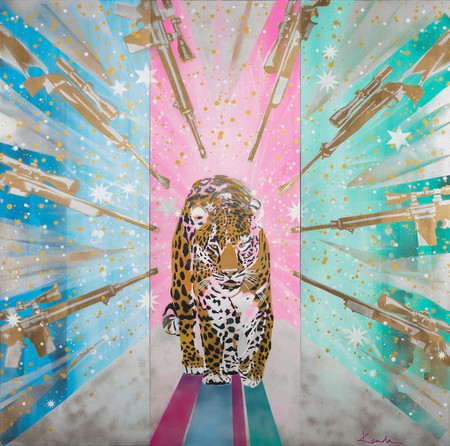 Cherrie La Porte creates mosaic glass sculptures that stand out for their unique textures and vibrant colors. Her mosaic surfboards are one of her most well-known projects. Using fused, blown, and stained glass, she transforms discarded boards into works of art. “Once the integrity of the board gets to a certain point of no return, boards are often lovingly retired to a corner of a garage as a private ‘shrine to great times,’” La Porte explains on her website. “I wanted to find a way to immortalize the memories surfers share with their favorite boards.” Her boards are displayed in locales across San Diego, including the Stone Brewing Co store in Oceanside.

Known especially for his paintings and murals of pre-Colombian and Mexican culture, Victor Ochoa is one of the leaders of the Chicano art movement in San Diego, living and working on both sides of the border. He painted over 100 murals, many of which are in Chicano Park, a 7.4-acre park beneath the Coronado Bridge. Ochoa also co-founded the Centro Cultural de La Raza, a cultural center in Balboa Park that works to produce and protect Indian, Mexican, and Chicano art and culture. He has displayed his work in galleries in San Diego as well as internationally. But perhaps the best way to appreciate his art—alongside other colorful murals—is to visit Chicano Park. 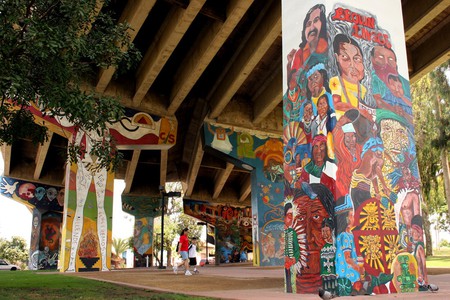 Concetta Antico is a painter with a superpower: she can see millions more colors than the average person. In 2012, color vision expert Dr. Jay Neitz discovered Antico was a tetrachromat, meaning she has four color receptors in her eyes instead of just three. Because of this, Antico can discern up to 100 million different colors, whereas most people see about one million hues. “If you and I look at a leaf, I may see magenta running around the outside of the leaf or turquoise in certain parts where you would just see dark green,” Antico said in an interview with Reader’s Digest. This ability comes through in her oil paintings, which often pop with unexpected colors. Check out her art at her upcoming event in April. 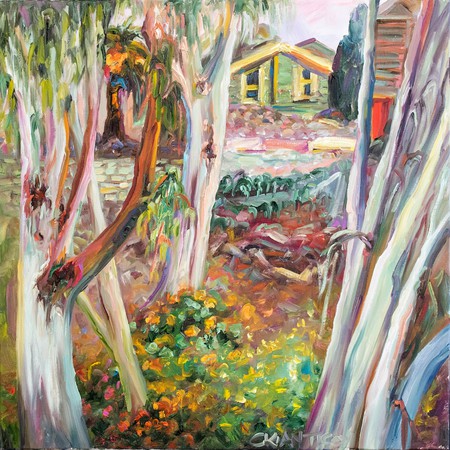 Born in Russia, the now Southern California-based artist Alexander Arshansky is known for his unique style, which he refers to as ‘Biomorphic Cubism.’ His bright colors and geometric patterns produce a sort of kaleidoscope effect on the canvas. “His artwork tells stories through hidden and overt symbolism among intricate patterns and color spaces,” writes Sparks Gallery, which represents his work. “There is a story within a story, revealed only to those who spend time to observe.” A prolific artist, he has painted over 850 paintings in the past nine years. Among his more well-known patrons is comedian Margaret Cho, who bought one of his paintings for her private collection. 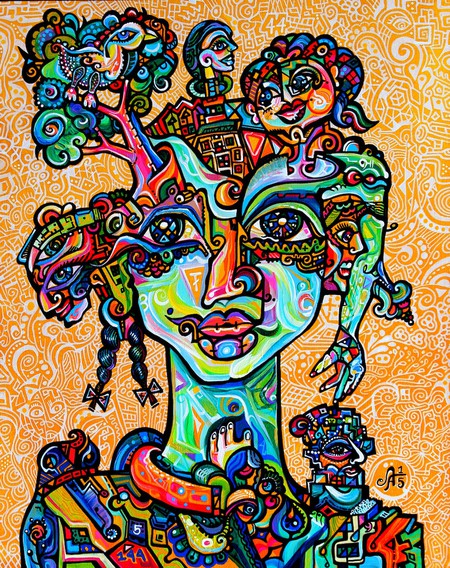