5 Stories By Michael Chabon You Have To Read 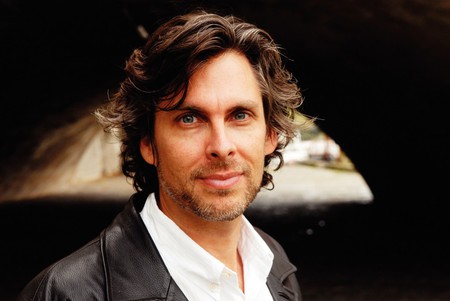 Michael Chabon has been publishing novels and short stories since the age of 25, showcasing his varied talents as an American novelist and short story writer. Covering a variety of genres, from adventure and romance to mystery and science fiction, his works have grown to gain wide success and popularity, earning him a number of prestigious awards. Read on to check out our top picks for Chabon stories you should read.

The Mysteries of Pittsburgh

The Mysteries of Pittsburgh is a novel, published in 1988, about Art Bechstein as he grows up in Pittsburgh, Pennsylvania. This was Chabon’s first novel that he began writing during his time as an undergrad at the University of Pittsburgh and eventually finished during his graduate work at the UC Irvine Creative Writing Program. The novel went on to become a bestseller, even inspiring a film adaptation in 2009. Goodreads calls the novel ‘funny, tender, and captivating… echo[ing] the tones of literary forebears like The Catcher in the Rye’s Holden Caulfield and The Great Gatsby’s Nick Carraway.’

Telegraph Avenue is a novel published in September 2012. This story is set in 2004 in Oakland and Berkeley, California, with a title referencing the famous street that runs through both cities that has a proud countercultural history. The story has been called a modern day coming of age tale, frequently compared to George Eliot’s Middlemarch. The novel follows two men and their wives who own a small business on Telegraph, which is threatened by the opening of a nearby megastore. Kobo Books calls the story ‘an intimate epic… set to the funky beat of classic vinyl soul-jazz and pulsing with a virtuosic, pyrotechnical style.’

The Amazing Adventures of Kavalier & Clay

The Amazing Adventures of Kavalier & Clay is an adventure novel published in 2000, following the lives of two Jewish cousins in the time surrounding World War II. The story was widely acclaimed upon publication, became a New York Times bestseller and was nominated for both the National Book Critics Circle Award and the PEN/Faulkner Award for Fiction; it eventually won the Pulitzer Prize for Fiction. The New York Times calls The Amazing Adventures of Kavalier & Clay ‘a comic epic, generously optimistic about the human struggle for personal liberation.’

Somebody from -THE WASHINGTON POST BOOK WORLD assures me on the front cover that this book is "Absolutely gosh-wow…" I'm in! #michaelchabon #chabon #theamazingadventuresofkavalierandclay

Gentlemen of the Road

Gentlemen of the Road is a serial novel published in 2007 that is set in Khazaria in around 950 CE. The story follows the adventures of two Jewish rebels in their attempt to return a Khazar prince to the throne. According to Random House, ‘Chabon summons the rollicking spirit of legendary adventures — from The Arabian Nights to the Gray Mouser stories — in a wonderful new novel brimming with breathless action, raucous humor, cliff-hanging suspense and a cast of colorful characters worthy of Scheherazade’s most tantalizing tales.’

"Adventures befall the unadventurous as readily, if not as frequently, as the bold. Adventures are a logical and reliable result – and have been since at least the time of Odysseus – of the fatal act of leaving one's home, or trying to return to it again. All adventures happen in that damned and magical space, wherever it may be found or chanced upon, which least resembles one's home. As soon as you have crossed your doorstep or the county line, into that place where the structures, laws, and conventions of your upbringing no longer apply, where the support and approval (but also the disapproval and repression) of your family and neighbors are not to be had: then you have entered into adventure, a place of sorrow, marvels, and regret." — Michael Chabon #michaelchabon #book #books #bookstagram #booklover #bookporn #bookaddict #bookme #booknerd #bookphotography #bookaholic #bookworm #bookoftheday #bookish #read #novel #bibliophile #literature #art #photography #instabook #iphoneonly #instagood #like4like #photooftheday #flowers #iphoneography #rsa #instalike #adventure