5 Musicians You Didn't Know Were From San Francisco

Incredible singers and musicians of course come from all over the world. Whether it be London, Australia, New York or Ireland. But today, since we love the state of California, specifically the city of San Francisco, we’re going to share some artists you who probably didn’t know stem from the great city of San Francisco. 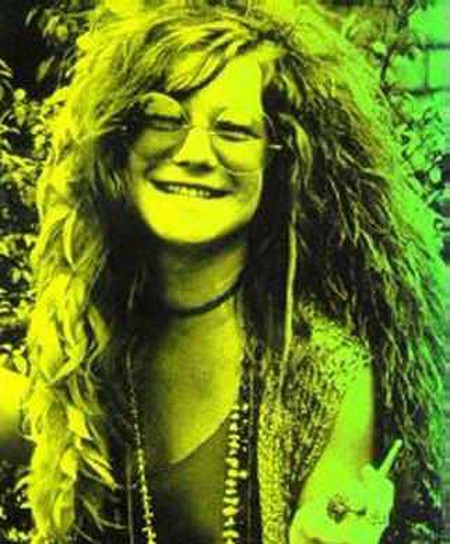 Probably the best pop singer to ever come out of the San Francisco music scene, Janis Joplin was by most accounts born to be a star. She was too out-there for her hometown of Port Arthur, Texas. She was profiled in her college newspaper for wearing Levi’s and going around barefoot, and almost single-handedly lifted Big Brother and the Holding Company to fame when she joined in 1966 shortly after moving to San Francisco for the 2nd time.

Joplin was not a particularly gifted songwriter or an instrumentalist. However she was truly a great singer. With the signature rasp in her voice, Joplin gave songs a gritty, bluesy edge that made them feel authentic. She opens ‘Cry Baby’ with a panoramic rise, emphasizing the hugeness of the sentiment. She then creeps down into an almost whisper-like intimacy on the verses, showing off a sweetness her voice could also possess. She positively inhabits Kris Kristofferson’s ‘Me and Bobby McGee,’ a song that has rightly become synonymous with her life and career. She could win laughs while indicting American culture, as she demonstrated on the indelible ‘Mercedes Benz,’ where hints of that Texas drawl rise to the surface. Always a colorful personality, Joplin had numerous tumultuous relationships and struggled with addiction. She died in 1970 of a heroin overdose before the release of her second solo album, the seminal Pearl. Today, there remains a large portrait of Janis Joplin, pictured naked, hanging inside the Fillmore. This portrait is a fitting memorial to a woman whose greatest gift was the way she could bare her soul the world.

Vince is probably best known for the beloved jazz accompaniment he provided for the animated Peanuts television specials – who doesn’t love Charlie Brown? The man was also a skilled pianist and composer whose relatively short life nonetheless produced iconic work that still revered by musicians and adored by listeners. A North Beach native, Guaraldi’s first recordings were created when he was a member of The Cal Tjader Quartet (vibraphonist Tjader was raised in San Mateo and was also a veteran of Dave Brubeck’s short-lived octet). As the leader, Guaraldi was an early importer of bossa nova. His 1962 album Jazz Impressions of Black Orpheus pre-dated Stan Getz’s work in the genre. The album interpreted songs by Luis Bonfa and Antonio Carlos Jobim (‘Manha de Carnaval’ and ‘A Felicidade’) that have long since become standards, and contained a hit original (‘Cast Your Fate to the Wind’) that won the composer a Grammy. Guaraldi’s sound was crisp, sunny, and playful. When producer Lee Mendelson heard it, he hired Guaraldi to score the now legendary ‘A Charlie Brown Christmas’ in 1965 along with a whopping 16 additional animated specials as well as a feature film before Guaraldi’s untimely death in 1976.

There is no way we could make a list such as this and think Jerry Garcia was not going to be mentioned. Jerry Garcia is the closest thing to a musical God that San Francisco has ever produced. (And yes, he was born here, on August 1, 1942.) Garcia was raised by musician parents who ran a city bar. At age four, he accidentally sliced off two-thirds of his right middle finger while chopping wood. He was a disinterested student and such an undisciplined Army recruit that he was discharged. He founded a jug band that took up electric instruments in 1965 and rechristened itself the Grateful Dead. As the Dead’s lead guitarist and de facto chief, Garcia helmed a popular music juggernaut the likes of which has never been seen before or since. Garcia deserves credit for the creation of the jam band and he helped to make San Francisco the center of a social and cultural revolution.

A formidable musician with wide-ranging interests, Garcia is still an underrated guitarist. You don’t have to sit through 30-minute jams to appreciate his work, but listening to him improvise in live recordings remains a breathtaking experience. Santana was flashier and more celebrated, but Garcia’s solos and leads have an agile grace and a watery smoothness that is instantly recognizable. The man got more soul out of two notes than many lesser guitarists will ever get out of 12. Just listen to his work on the 1970’s ‘Easy Wind,’ where Garcia peppers the tune’s dragging rhythm (itself a testament to the Dead’s greatness) with crystalline phrases that talk back and forth to one another. His music was able to tell a beautiful story without saying a word.

Numerous places can lay claim to Sylvester “Sly Stone” Stewart: He was born in Texas, raised in Vallejo, and relocated to L.A. in 1969 at the height of his popularity. But since Stone was a DJ at San Francisco’s KSOL (he even wrote a song called ‘Luv N’ Haight,’ spelled like the city street) he’s included on this exclusive list. His greatness is inarguable: Stone melded funk and psychedelia into a near-perfect output of rhythm and euphoria. He supercharged his songs with a political and racial awareness that was radical in its time. Decades later, Sly and the Family Stone songs like ‘Everyday People,’ ‘If You Want Me to Stay,’ and ‘Dance to the Music’ still sound incredible. Their influence on funk, rock, and disco remains palpable. Perhaps James Brown’s main rival as the king of funk, Stone’s freewheeling personality and vivid style was also an important influence on Jimi Hendrix. Sadly, it was reported last year that Stone is now living, apparently by choice, in a van on the streets of L.A.. He claims to have hundreds of new songs written and recorded, but is wary of releasing them to a record company. 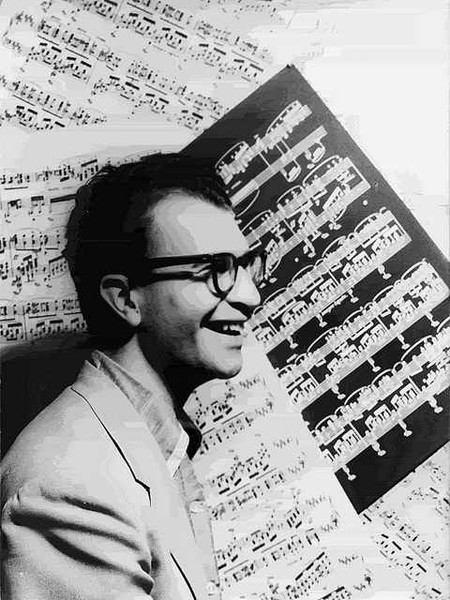 David Warren “Dave” Brubeck (December 6, 1920 – December 5, 2012) was an American jazz pianist and composer, considered to be one of the foremost exponents of cool jazz. He wrote a number of jazz standards, including ‘In Your Own Sweet Way’ and ‘The Duke’. Brubeck’s style ranged from refined to bombastic, reflecting his mother’s attempts at classical training and his improvisational skills. His music is known for employing unusual time signatures, and superimposing contrasting rhythms, meters, and tonalities.

Brubeck was born in the San Francisco Bay Area city of Concord, California, and grew up in Ione. His father, Peter Howard “Pete” Brubeck, was a cattle rancher. His mother, Elizabeth (née Ivey), who had studied piano in England under Myra Hess and intended to become a concert pianist, taught piano for extra money. Brubeck originally did not intend to become a musician (his two older brothers, Henry and Howard, were already on that track), but took lessons from his mother. He wasn’t able to read music during these early lessons, attributing this difficulty to poor eyesight. But the genius pushed his way through well enough that this deficiency went mostly unnoticed.

His long-time musical partner, alto saxophonist Paul Desmond, wrote the saxophone melody for the Dave Brubeck Quartet’s best remembered piece, ‘Take Five’, which is in 5/4 time and has endured as a jazz classic on one of the top-selling jazz albums, Time Out. Brubeck experimented with time signatures throughout his career, recording ‘Pick Up Sticks’ in 6/4, ‘Unsquare Dance’ in 7/4, ‘World’s Fair’ in 13/4, and ‘Blue Rondo à la Turk’ in 9/8. He was also a respected composer of orchestral and sacred music, and wrote soundtracks for television programs such as ‘Mr. Broadway’ and the animated miniseries ‘This Is America, Charlie Brown’.