For film and TV buffs, there is no place like Los Angeles. You may spy a celebrity at the local farmers’ market, or be shooed away from your neighborhood park by a production assistant protecting a ‘hot set.’ But if you want to experience meaningful connections to the stories and characters you hold dear, dig deep into film history with the resources below. 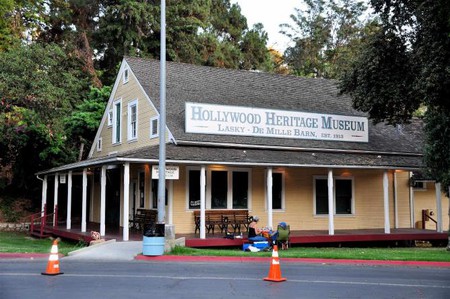 This museumcontains the largest public display of early Hollywood photographs and memorabilia and takes you back (literally) inside the birthplace of the feature film. The museum is housed within the old Lasky-DeMille barn. In this same structure, way back in 1914, Cecil B. DeMille shot ‘The Squaw Man,’ the first feature film made in Hollywood. On a vast picturesque timeline that adorns the wall, and in a cozy screening room around the corner, the story of the early motion picture industry comes to life. Buster Keaton’s movie camera stands stalwart. Rudolph Valentino’s unsmoked cigars rest among old photographs of the smoldering, silent star. The famed director’s megaphone and riding crop are showcased in DeMille’s actual office. Step right in and consider how the old man got through his day emoting with Gloria Swanson, writing frantically at the typewriter for his latest spectacle or taking a slug from his whiskey bottle.

Through their all-volunteer staff, Hollywood Heritage works with communities and agencies to present regular programs on historical film topics. This summer, the 28th Annual Silents Under the Stars returns to Paramount Ranch with summer screenings of silent classics. You are invited to show up early, bring a picnic and take a guided tour. Stroll down western town streets that have appeared in countless movies since 1927. Gary Cooper, Bob Hope and the Marx Brothers made memories here, and so can you. Pack a flashlight, because after dark you may need it to find your place under and among the stars.

NOTE: Currently closed for renovations. Scheduled to reopen on August 28, 2015 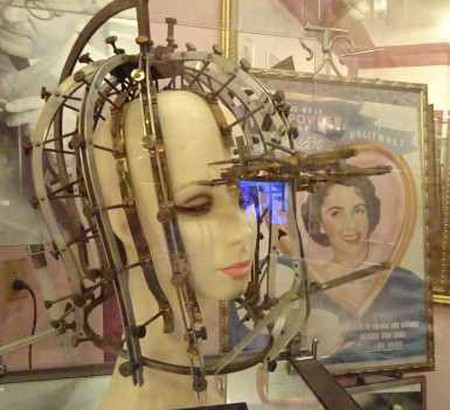 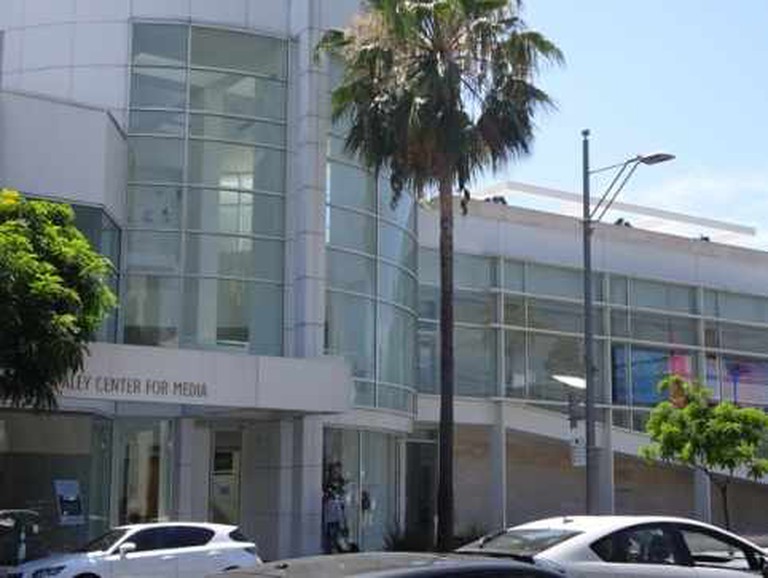 Exterior, Paley Center for Media
This museum is housed in the old Max Factor building, just across the street from the huge Hollywood and Highland complex. Its three floors are a massive jumble of memorabilia, ranging from an old silent movie projector, to Bruce Willis’ bloodied t-shirt from ‘Die Hard’ to Roddy McDowell’s fully restored bathroom. Would Laurence Oliver and John Huston really have appreciated their pictures in there? The basement floor has restored several of the jail cells from ‘Silence of the Lambs.’ Step inside Hannibal Lecter’s aged and stained padded cell, then notice how quickly your eyes seek the reassurance of the open door.

The museum is big enough to park a shiny Rolls Royce from ‘Guys and Dolls’ and charming enough to place a mannequin in a glass case, dress her in Claudette Colbert’s ‘Cleopatra’ gown and leave the jewel crown askew across her royal brow. Several items in the museum are not labeled, and some are so iconic they needn’t be. (Cue the Imperial March.) Ponder autograph hound Joe Ackerman’s exhaustive collection or gaze into Tom Cruise’s fake eyeballs from ‘Minority Report.’

Max Factor opened his factory in this art deco building in 1935, and much of the collection is dedicated to his work. Industrial color-mixing machinery rests in the hallway, which branches off into the restored makeup rooms that once served stars like Marilyn Monroe, Judy Garland and Lucille Ball. A talented inventor and cosmetician, Max Factor originally escaped the clutches of Tsarist Russia by using his own cosmetics to make himself look sick, then arrived in America just in time to shape the nascent moving picture industry. He went on to invent the products (lipstick and the mascara wand, among others) and the look that would define Hollywood and influence the masses for decades to come.
Open In Google Maps
1660 North Highland Avenue, Hollywood, Los Angeles, California, 90028, USA
+13234647776
Visit Website
Give us feedback

3. The Paley Center for Media

The Paley Center is a television history fan’s wonderland, offering over 160,000 video and audio treasures at on-demand computer kiosks. When it opened in the 1990s, Robert Redford mined the archives researching his film, ‘Quiz Show.’ The public leapt at the opportunity to watch old episodes of ‘Ed Sullivan’ and ‘Starsky and Hutch.’ In addition to anthologies, game shows, political conventions, local news and variety shows that aired only once, the collection includes compilation reels of commercials sent over by ad agencies and unaired specials and pilots. Broadcasts and recordings are complete with original commercials, news broadcasts, celebrity endorsements and other assorted interstitials. Unlike many of today’s online video sources, the Paley Center’s copies are true to the copyright holder, and offer a viewing experience more like a time capsule than a rerun.

In light of the uber-availability of the internet age, the Paley Center has broadened its scope in recent years and also offers an array of exhibits. The Soboroff Typewriter Collection is open through January 2016 and gives a close up look at 28 of these tools of genius: the original typewriters from famous (and infamous) authors and personalities. Orson Welles left his autograph on his Underwood Standard, and Hemingway wrote on a 1932 Royal. Some claim blood spatters from his suicide are still visible on the keys.

Members of the public can also attend live experiences with TV stars and legends via Paleyfest and PaleyLive, events featuring discussions with the actors and writers behind such hits as ‘Seinfeld,’ ‘Scandal’ and ‘Mad Men’. 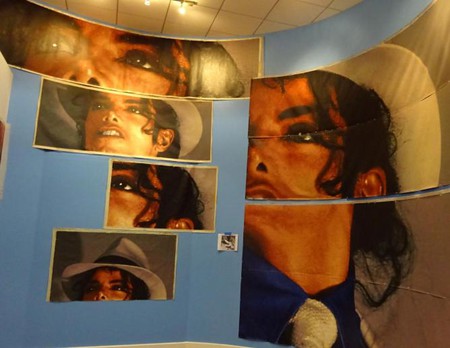 The Museum of the San Fernando Valley 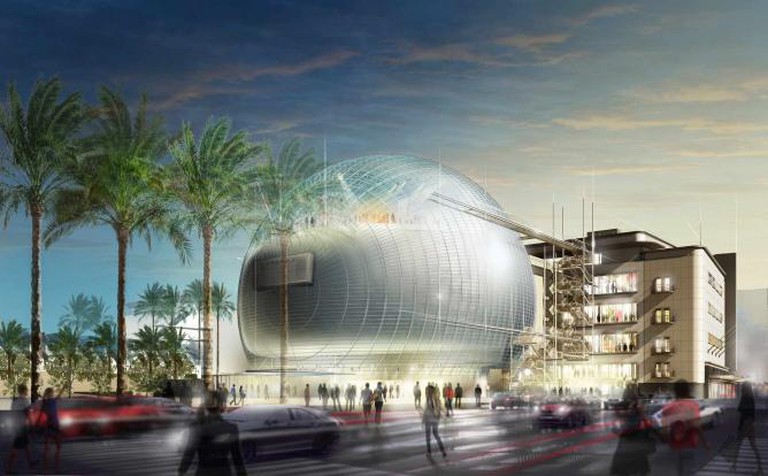 The Museum of the San Fernando Valley, Los Angeles | ©Renzo Piano Building Workshop/©Studio Pali Fekete architects/©A.M.P.A.S.
This place cuts a deep swath into the multilayered history of the area and offers up continually-changing exhibitions to demonstrate how this creative community has shaped contemporary culture worldwide. At a recent Aerospace industry exhibit, visitors were given the opportunity to look through a World War II airplane’s bombsite.
Artifacts and memorabilia from the famed Hollywood dynasty of makeup wizards, the Westmores, are proudly represented under glass. There’s a photo of Paul Newman on the set, ‘Death masks’ for designing facial prosthetics for Angelina Jolie and Clark Gable and maybe a makeup tube on once-intimate terms with Tom Selleck.
Patriarch George Westmore was one of the recognized makeup giants of the silent era, and he had six sons, each of whom eventually headed the makeup department for different studios. George invented the rich, bouncy curls that became Mary Pickford’s signature. A generation later, the same method was used by son Mont to create the look for Shirley Temple. The Westmores gained the trust of their stars by their ability to examine a beautiful face and immediately recognize what would read wrong on camera. Son Ern hosted of a TV show on beauty tips. Better Davis loved how he made up her lips, and he was a drinking buddy to both John Barrymore and Errol Flynn.
Now on exhibit through October 31st, enormous sections of ‘Kent Twitchell’s Incredible Mural of Michael Jackson’cover the walls and spill into the adjacent gallery. Additional loans from the Jackson’s Encino estate contain photos of Michael Jackson’s own artwork. The King of Pop drew Mickey Mouse, and also himself as a little boy in a corner. An impressive likeness of Abraham Lincoln was a gift to President Clinton, and a mournful Martin Luther King portrait went to Magic Johnson.
The institution’s ongoing Oral History project, Public Art Initiative and Walking Tours make the Museum of the San Fernando Valley a small place with a very big mission: to acquire, display and preserve the artifacts, documents and records of the San Fernando Valley.
Open In Google Maps
18904 Nordhoff Street, Northridge, Los Angeles, California, 91324, USA
+18183479665
Visit Website
Give us feedback

5. The Academy of Motion Pictures Museum

This museum is scheduled to open in 2017 as a grand showpiece to the history and future of the art and science of film. Just down the block from the Los Angeles County Museum of Art at the corner of Wilshire and Fairfax, architect Renzo Piano’s bold plans will transform and expand the old May Company building into a 290,000 square foot wonder and enchantment complex that will include a 1,000 seat theater inside a giant glass enclosed dome, a 12,000 square foot ‘making of’ exhibit which re-creates the experience of real life filmmaking and an entire floor devoted to media literacy and K-12 education.

The resources and archival holdings of the Academy are vast, venerable and always-growing. Academy director Kerry Brougher and his staff will have over 10 million photographs and 165,000 film and video shorts to choose from, as well as the special collections and personal files of legends like Cary Grant and Alfred Hitchcock. The Academy recently spent over $300,000 on a rare space shuttle prop from Stanley Kubrick’s ‘2001: A “Space Odyssey.’ Brougher also plans ‘R-Rated’ exhibits and installation-based projects that will help ‘expand the very definition of movies.’

Imagine what the masters of the spectator experience will be able to do with about 100 years of carefully curated and preserved artifacts and memorabilia. Might visitors be able to race through virtual hyperspace, crank the camera for Chaplin or lick Willy Wonka’s fruit flavored wallpaper? What behind-the-scenes exploits will be revealed? The plan is to balance historical silver screen splendor with an understanding of the craftsmanship of filmmaking. The visitor who enters knowing they like movies will leave knowing film is a real art form, one that continues to map the trajectories of our inner and collective dreams. 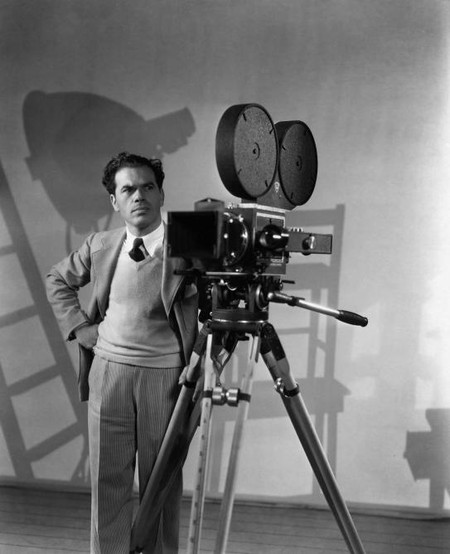 Portrait of director Frank Capra, ca. 1930s. Courtesy of the Margaret Herrick Library
Give us feedback