This article takes a closer look at some contemporary films (2006 – present) that are based around Latin-American and/or Caribbean-American culture in the United States. This includes films about people who immigrate to the United States, where the majority of the action unfolds. 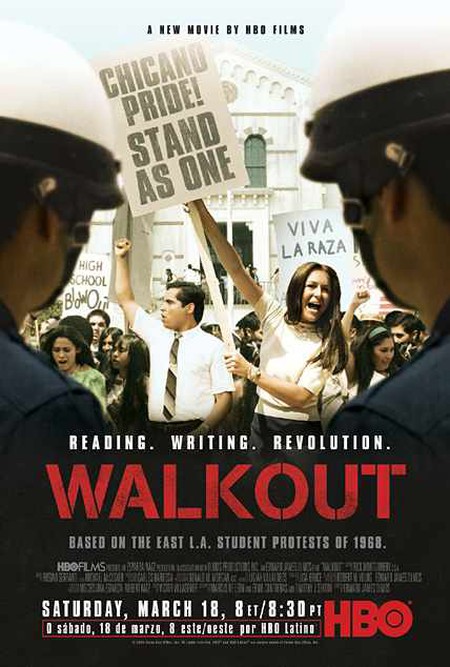 This made-for-TV movie takes a closer look at a piece of history that is often overlooked: the East Los Angeles blowouts. In 1968, Chicana/Chicano high school students from various schools in the Los Angeles Unified School District walked out of class to protest the injustices they faced at school. The story is told through the eyes of Paula Crisostomo (Alexa Vega), one of the leading organizers of these events. The film begins with Paula listening to her teacher, Sal Castro (Michael Peña), fill in the missing pieces of history their textbooks leave out about Chicanos. This lecture leads a bigger discussion about their own learning conditions: the physical/verbal abuse they receive from teachers, not being allowed to use the restroom during their breaks, and always being tracked to vocational jobs instead of to college prep courses or college itself. Eventually, the students decided to rally against the school administrators in order to provide a better learning environment for themselves and for future generations. This film is important to watch, since it fills in the gaps of history that are still often left out of textbooks, despite the work the students did in the film.

Watch clips from the movie here. 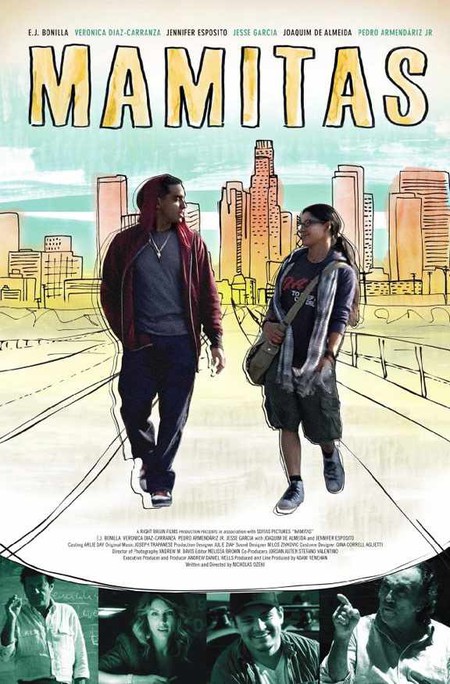 A Right Brian Films in Association with Sofias Pictures

Mamitas begins as a typical coming-of-age movie. The audience is introduced to Santos (Josue Aguirrie), who is a tough kid from a rough neighborhood in Los Angeles. For Santos, school is a joke because he has already written off his future. So it’s not surprising when he mouths off to his teacher/guidance counselor and gets suspended. The next day, as he is visiting friends at school, he meets Felipa (Veronica Diaz-Carranza). She’s a bookish girl from New York, who easily sees past his tough guy persona. They become friends and begin to depend on each other to figure out their future. Although this movie is predictable, the story is authentic and the characters are believable. This movie isn’t afraid to bring up the struggles people from the inner city face when trying to obtain a higher education.

You can watch the trailer here. 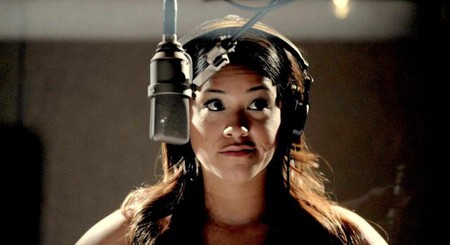 As an up-and-coming artist who goes by the name ‘Filly Brown,’ Majo (Gina Rodriguez) writes about the struggles of growing up on the street and overcoming barriers. She makes a small name for herself and finds some friends along the way. At the same time, she is trying to hold her family together, since her mother is in prison. So when she meets someone who wants Filly Brown’s performance but not her lyrics, she is faced with the tough decision: compromise her art and friends for the money that can help get her mother out of prison, or walk away and keep her integrity. Filly Brown may sound like a common storyline, but it offers a positive message that no matter how broken things are, there is always a way to fix it. Also, the film demonstrates Rodriguez’s capability as a dramatic actress and musician.

Check out the movie’s trailer here. 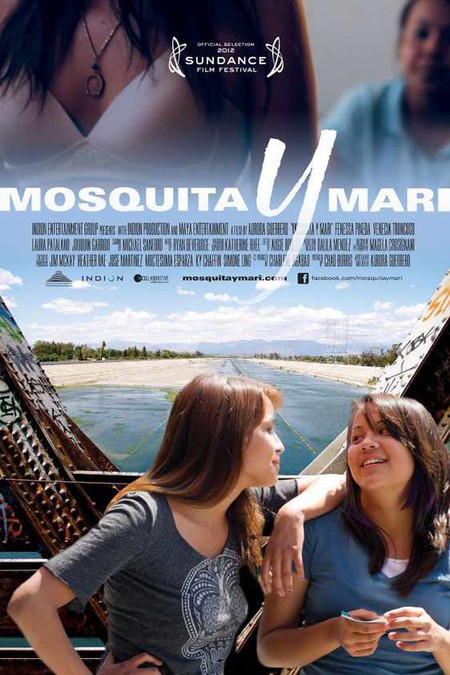 This film focuses on two young and very different chicanas whose friendship turns into a first love. At first, they are forced into each other’s lives because their teacher forces them to become study partners. Mari (Venecia Troncoso) makes her disdain for Yolanda (Fenessa Pineda) known by giving her the nickname ‘Mosquita’ (little fly). But when Yolanda, who is well loved by her teachers, takes the blame for an incident at school to get Mari out of trouble, the rapport between the girls start to change. They become inseparable and begin to ditch their own social circles to spend more time together. Then, when they begin to experiment with boys, their mutual feelings of jealousy begin to solidify their feelings for one another. This film is particularly worth watching because it portrays falling in love in Huntington Park, California, a place that most media outlets only depict as violent.

You can watch the trailer here. 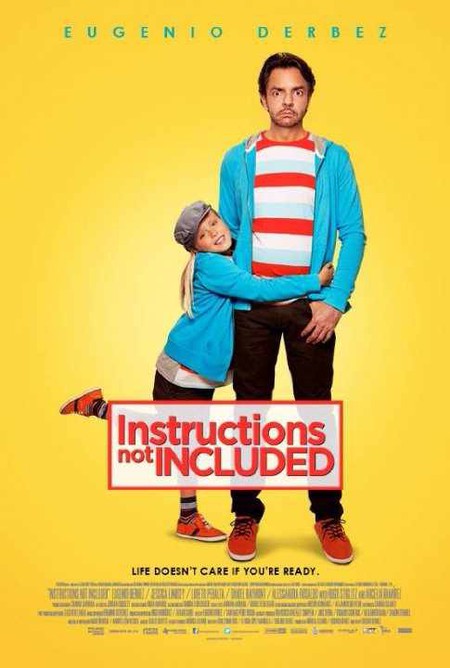 This bilingual (Spanish and English) film introduces the audience to Valentin (Eugenio Derbez), a womanizer living in Mexico. However, the course of his life changes when an ex-lover leaves a baby at his doorstep. Suddenly, he is responsible for a life other than his own, and this is a responsibility he doesn’t want. So he makes his way to Los Angeles in hopes of finding the birth mother and dropping the baby back off with her. As years pass, he settles in Los Angeles and devotes his life to making his daughter happy. This includes creating various fictional reasons her mother isn’t around. This film may sound trite, but there are many different twists and turns that will leave you wondering where the story is headed next. Plus, the fact that this film is bilingual makes it unique and worth watching.