‘San Francisco is gone’, wrote Jack London in his first-hand account of the great 1906 earthquake that toppled San Francisco. Following the quake, nearly half the population was left homeless and the resulting fires (which lasted for three days) destroyed nearly 30,000 buildings. But London was wrong—San Francisco was not ‘gone’—it heroically rebuilt itself to become the vibrant city it is today. Here are five facts about the 1906 earthquake that nearly destroyed this city.

It was the First Natural Disaster to be Photographed

Not only was the earthquake one of the worst catastrophes in US history, it was the first major natural disaster that had its effects recorded photographically.

By now you have seen the drab, black and white photographs of the destruction, but a few months after the earthquake, a photographer named Frederick Eugene Ives managed to capture color photographs using an innovative device called the ‘Kromgram.’ The images—when seen through a stereoscopic viewer—resulted in color 3-D photographs. 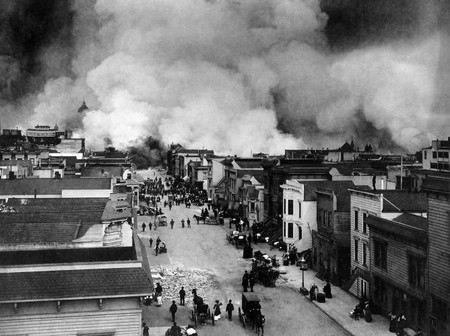 After the quake, in Hayes Valley, a woman lit up her stove to prepare breakfast, unaware that the chimney above was badly damaged. This started the 24-hour long ‘Ham and Eggs’ fire, which destroyed parts of City Hall and Market Street.

The site of the original spark in Hayes Valley is stated as 395 Hayes Street, which now houses the ‘Caffe Delle Stelle’, a classic Italian restaurant. 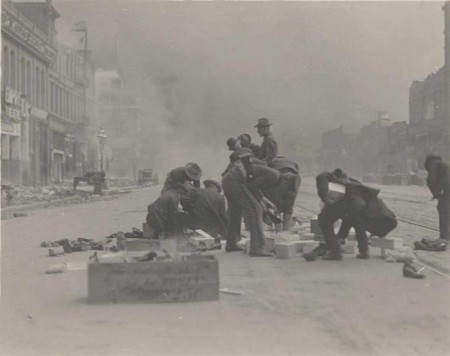 Congress responded to the disaster promptly. The House Claims Committee—the body that was responsible for reimbursing owners with damaged property—received claims from owners of saloons and liquor stores. But their goods (alcohol) were not destroyed by the earthquake or resulting fires—it was destroyed by law enforcement officials while trying to minimize the spread of fires and possible gang violence. Reportedly, officials destroyed almost $30,000 worth of liquor. 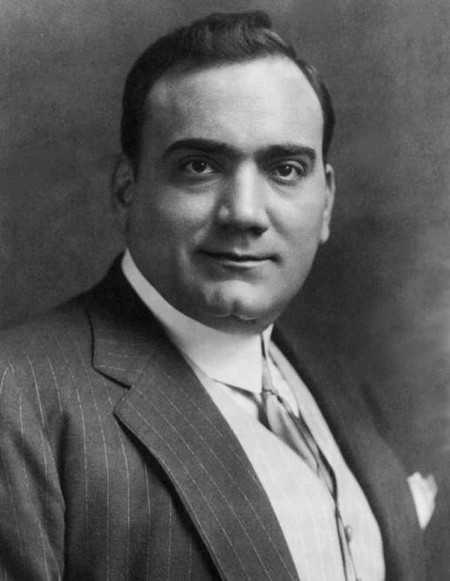 Enrico Caruso was in Town

Considered by many to be the best operatic tenor of all time, Enrico Caruso was performing an opera on the evening before the earthquake in San Francisco. The following day he was stirred awake by the quaking; he immediately looked out the window and saw a city in ruins—screaming people and collapsing buildings.

He vacated his hotel quickly, and somehow made his way to the Oakland Ferry amid the chaos. Months later, his first-hand account of the disaster was published in the [then] prominent Theatre magazine. 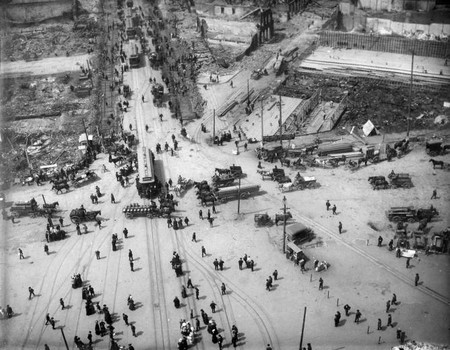 SF Activity After the Quake | © Us Archives/WikiCommons

It Took 9 Years to Rebuild the City

Even though it took nine years to rebuild the city, it is testament to the resilience of San Franciscans that the city was back in business within weeks. Indeed, a couple of weeks following the earthquake, streetcars started running on Market Street (replacing the cable cars). Within six weeks, banks in San Francisco were open again, and by July the Chronicle resumed its headquarters at Kearny, Market and Geary streets. Come August, cable cars were running up Nob Hill again. The City by the Bay had risen from the ashes.