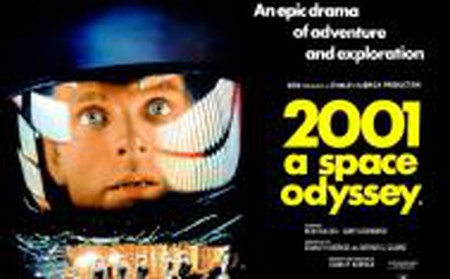 The habit of binge-watching TV series can be extended to the complete works of individual film directors. Here’s an arbitrary list of five to get budding film buffs started.

Kubrick was notorious for his maniacal attention to detail. Often spending years in pre-production research, his films are known for being far more deeply layered than just the story on screen. Aside from cold, geometrically gorgeous cinematography, his films involve inner struggles, biting irony and eye widening journeys into various hearts of darkness. Be careful binge-watching here, as you’re more than likely to need a few re-watches. This is for audiences looking to think and question preconceived perceptions.

You probably saw ‘Gravity’ last year. Whether you loved it, were bored by it, or were only there for George Clooney, it shouldn’t matter. Alfonso Cuarón can’t be judged solely from the film that won him an Oscar. Cuarón has a way of making a movie that reconstructs your insides. Whether its set in space, a dystopian future, a road trip through the poverty-stricken countryside, or a school for witchcraft and wizardry, you become a member of the world he presents you. He might be commended for his long takes and breathless style, but first and foremost, he’s a man who understands the human soul. If you’re looking to be caught off guard, to watch a movie and let it sit with you for a few days after, look no further than him. You’ll go through a lot, but you’ll come out on the other side with a more substantial understanding of the world and your place in it.

His devout cult following has grown immensely over the past few years. Even more so with the recent release of ‘Gone Girl’. Much like Kubrick, Fincher is often ruthless and calculated. You won’t be able to take it all in from a single viewing. With purposeful pacing, a smooth camera, pitch black humor and characters in search of something unknown, his films are slow burn thrill rides that aren’t afraid to find themselves limping across the seedy underbelly of difficult truths. The audience is at his disposal. If you haven’t experienced him yet, prepare to be unprepared and twisted up.

The master of modern, popcorn thrillers and the father of the slasher film, John Carpenter is the cult ruler of the 1980s. Almost half of his films have gone on to become cult classics and his influence has never left the horror/sci-fi landscape. If you’re looking to have fun while getting scared silly, or absurdities only the 1980s could deliver, or if you just need a synthesizer score and Kurt Russell fix, Carpenter is the way to go.

A master of visual humor, Edgar Wright is a kinetic, dry-witted Brit who simply loves making movies. There’s no profound philosophical message to unravel here, just a whole lot of fun to be had. If you’re tired of the Apatow school comedies that rely on brand name comedic stars and improv, try out Wright’s short but sensational filmography. There is mystery and intrigue, horror and suspense, sight gags, pop references and a whole lot of hysterical and splendid violence. You’ll laugh throughout, jump up in your seat occasionally and end up with a goofy smile on your face by the end.