California Metal Bands That Will Rock Your Socks Off

The music scene in California has an incredibly long and fascinating history that encompasses a great deal of diversity. Musical acts from Sinatra to Zeppelin have reigned as kings for a brief time before departing to bigger and better things — but not before leaving their individual marks. The continuous flow of famous artists is the reason that California’s draw is so powerful. Great musicians still feel a magnetic pull toward the state, and even more particularly the city of Los Angeles. Read on to learn about three metal bands making a name for themselves in the Golden State. 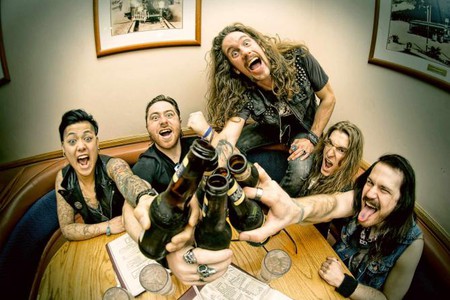 There was a time when metal gods ruled the Strip. Although the mainstream of the era has come and gone, metal never truly left for good. It’s been a standard for live shows in California, satisfying the die-hard fans who eagerly await its comeback. There are still bands out there dedicated to the cause of rock and roll, and who are willing to get out there and perform and make a name for themselves. These native California bands rock hard and sure know how to put on a good show. They are a definite go-see if you ever get the chance. They’re fresh and full of energy, and will never leave you disappointed!

‘Like a freight train through a hurricane,’ Stonebreed delivers hard rock with a southern twist. Debuting in 2013 with their self-titled album, Stonebreed offers a little something for everyone. ‘The people who like more heavy metal like the song ‘Break,’ and people who dig southern hard rock like ‘Last Dollar,’’ said Carlos Cruz, lead singer of Stonebreed. Their sets also include crowd pleasers ‘Whiskey Well,’ ‘Miss Me,’ slower tracks like ‘I’m Gone’ and country-influenced ‘Except Me.’ Stonebreed is hard at work on a next album, with a video and single expected to be released in the fall of 2015, and they continue to add dates to their ongoing tour. Stonebreed offers an interactive live show that feels like a non-stop rocking party, so be sure to check out the dates on their website and get on the guest list.

Diamond Lane is a powerhouse heavy metal band that debuted in 2011 with ‘World Without Heroes’ and has been cranking out great material ever since. With hits like ‘The Enemy’ and ‘Cheating Death,’ Diamond Lane bring their own unique style to their performances, and their contagious energy makes their live show one you don’t want to miss. Brandon Baumann, the band’s lead singer, says that their ‘latest release ‘Terrorizer’ [2014] is a great representation of the growth of the band over the years and displays an evolved delivery of not only our individual skill sets, but our writing as well.’ As for the future, Baumann states, ‘We are diligently working on our next full length release, raising the bar higher for ourselves, and for our fans.’ Currently in the midst of their May tour (including a killer performance at Rocklahoma), they plan to record another album when they’ve finished. According to Baumann, ‘Even in [its] infancy, the material is strong and a step forward in the evolution of Diamond Lane.’ 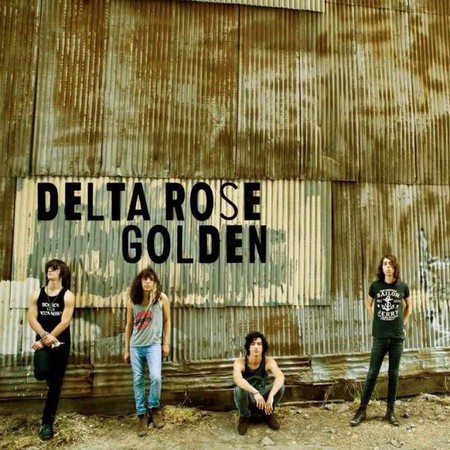 Brothers in arms with Diamond Lane on their combined ‘Swinging Heavy Tour,’ Delta Rose are dedicated to giving their all in each of their performances. Radiating raw energy in their blues-influenced rock and roll music, Delta Rose debuted in 2010 with their self-titled EP, which contained hits like ‘Hot and Honey’ and ‘Ain’t Dead Yet.’ Touring partner Brandon Baumann of Diamond Lane states that ‘[Delta Rose] have some serious swagger, great songs and a true rock n roll spirit. To top it off, they’re excellent human beings, so having that package deal is just icing on the cake. Seeing them every night on tour has been a treat….inside the eye of the hurricane baby!’ Their latest album ‘Golden’ came out December of 2014, and they show absolutely no signs of slowing down.

As for the rest of the Cali scene, there are plenty more native rockers who are getting themselves out there and making a name for themselves. This includes bands like Mycah, a half female metal band, which just released the single ‘Hanging On’; Blacklist Union, a hard street rocking band soon to release a fourth studio album entitled ‘Back to Momo’ (watch video for single ‘Alive N Well Smack in the Middle of Hell’); LA Story, a band with a powerful stage presence in the midst of their ‘Chapter 1’ tour (watch the video for ‘I’m Wrecked’); The Chimpz, an energetic fusion of hip hop and metal with popular single ‘California’; and Attack of the Rising, a hardcore, old-school metal band with a self-titled EP out now. All of these bands perfectly represent the LA music scene with their determination and no holds barred rock and roll! Be sure to check them out, and support local Cali music.