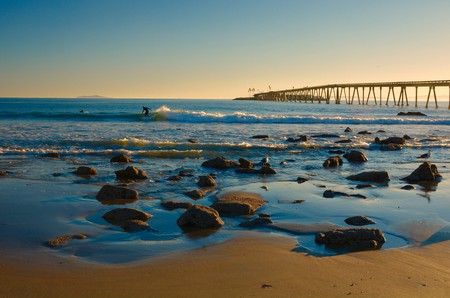 California is a massive and diverse state, both in its terrain and its people. It’s the third largest state and has the largest population in the U.S. It’s home to bustling cities that yield to seemingly endless stretches of deserts, beaches, forests, and mountains. It can be hard to navigate such a varied place, but if you follow some handy tips when it comes to the wilderness and getting around, it can be a gorgeous, uplifting trip.

Protect yourself from the sun

Many people are drawn to California for its lack of gray, overcast days, but the sun comes with its own issues. Make sure to keep a pair of sunglasses on you and apply sunscreen for all outdoor, daytime activities. It might also be wise to bring along a hat for extra protection. 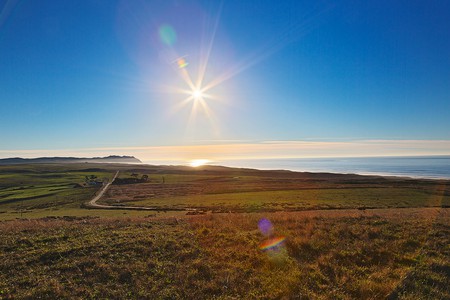 A sunny California day can turn into a chilly California night. It’s wise to dress in layers so that you can wear something breezy when the sun is high and then throw on a sweater and/or jacket after dusk. Additionally, be aware that it can be considerably cooler near the coast and up in the mountains than it might be further inland. Check a weather app to see the forecast for the entire day before heading out the door.

Check hiking conditions beforehand, and don’t ignore advisories. Be aware that trails can turn treacherous season-to-season, and cell phone service can be spotty in remote areas, so inform other people as to where you’re going and when time you intend to be back. Avoid hiking alone, pack plenty of drinking water, stay alert, and stick to the trails. 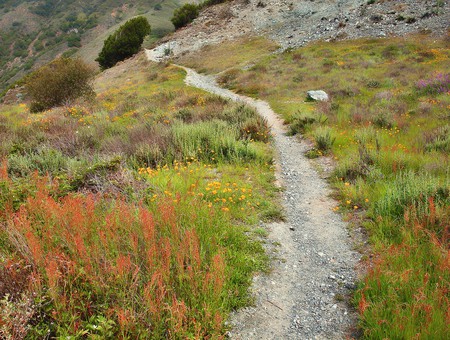 Know how to get help

Besides 911 for emergencies, 311 for local information, and 411 for directory assistance, make sure to have relevant contact information on you at all times, such as national park or campground hotlines.

Wildfires are a risk in California and may consume thousands of acres. Follow the rules for building a campfire, and pay attention to area advisories. Permits are required to build an open fire on federally controlled land. 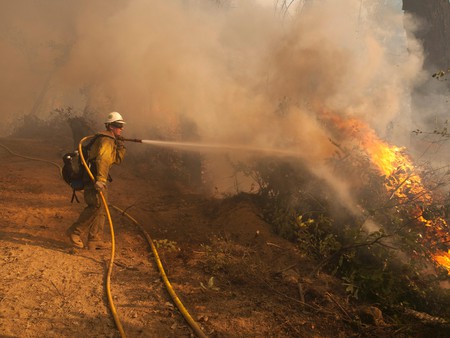 A firefighter battles the Happy Camp Complex Fire in the Klamath National Forest in September of 2014 | © U.S. Department of Agriculture / Flickr

Know what to do during an earthquake

It’s highly unlikely you will experience a significantly damaging earthquake in California, but it’s still essential to be prepared. In the event of an earthquake, avoid windows and hanging furniture, get down on all fours, and cover your head and neck to protect them from debris. Inside, sturdy furniture or walls can provide additional protection. Outside, stay away from structures and utility wires. If driving, come to a complete stop away from anything likely to fall over and remain in the car. If trapped, use your phone or make noise to alert rescuers to your location. Be aware there may be aftershocks.

Be safe in the water

California’s stunning coastline is a beauty to behold, but it’s imperative to be safe. Those on boats should wear life jackets, avoid going alone, pay attention to hazard signs and local advisories, and remain aware of the tide (consider consulting a tide chart, too). Note that aqueducts and flood channels are not for swimming or exploring and can be especially dangerous after rain. Additionally, Southern California’s health experts recommend avoiding the ocean 72 hours after significant rainfall as runoff may contain potentially dangerous bacteria. 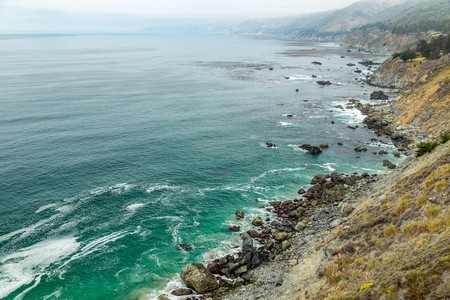 Mountain and coastal roads are often winding and narrow and should be taken slowly, preferably by day, but you may want to allow other vehicles to pass you. While rare in parts of California, rain can cause dangerous conditions, like mudslides and washouts. Particularly snowy areas may require attaching chains to tires. If driving through remote areas, be sure to fill up on gas and bring ample water.

Watch out for motorcycles

Lane splitting is legal in California, meaning motorcyclists may pass other vehicles by driving along the line in between lanes. 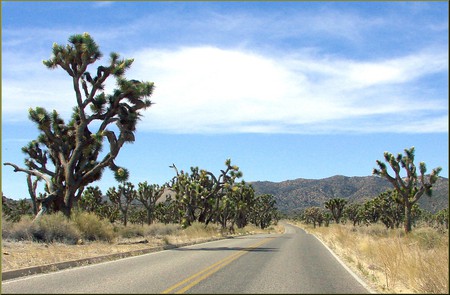 Watch out for rattlesnakes

Rattlesnakes typically try to avoid humans but may attack if they feel threatened. Rattlesnakes are most commonly spotted between April and October. Avoid them by sticking to the trails and watching where you are walking and reaching. Wear boots and loose fitting pants to protect yourself. If bitten, remain calm, wash the bite area, keep the area still and positioned below the heart, and safely head to the nearest medical facility.

Learn how to face mountain lions

Mountain lions rarely attack humans; however, if one is spotted, keep a safe distance, make yourself appear as big as you can, wave your arms, throw sticks or rocks towards the lion, talk loudly but calmly, and back away while allowing it a path to get away from you. Don’t run or get between a mountain lion and its cubs or food. Fight back if attacked.

Learn to ward off coyotes

Coyotes are also unlikely to attack humans, but keep pets and children close by if you spot one or are out in nature. If you catch a coyote following you, make loud noises and throw rocks towards it if it doesn’t leave.

Learn how to face black bears

A bear in California is an American black bear, regardless of color. These bears like to be left alone and will try to avoid humans, especially those that travel in groups, but prevent unwanted attention from them by using food lockers and following all posted food storage rules. If you encounter a bear, here are some basic rules. Do: give it space, speak calmly in a low tone, and move away bear slowly and sideways. Do not: get between a female bear and her cubs or a bear and its food, scream or startle it, run away, give it food, or climb a tree. In the event of an attack, wear a pack for protection, do not play dead, and fight back with a hit or bear spray (not regular mace) in the face. 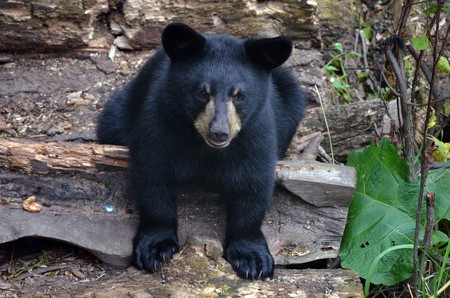 The legal drinking and smoking age in California is 21 years; anyone younger will not be able to purchase alcohol and may not be able to enter venues where liquor is sold. A blood alcohol level of .08% or higher is considered drunk, so avoid drinking and driving by using public transit, a designated driver, a taxi, or a ridesharing service. Except for certain tobacco and vape shops, neither smoking nor vaping is allowed in public buildings.

The state sales tax is 6%, plus a mandatory local tax of at least 1.25%, so budget for a sales tax of approximately 7.5%–9.75%, but there’s no sales tax on food and prescription drugs. Though California uses the dollar, you may find bitcoin ATMs as well.

It is good practice in American cities to tip service industry professionals, so budget accordingly. Some tipping standards include 20% for servers and drivers, 10%–20% for spa professionals, a few dollars for hotel employees, and a dollar per drink for bartenders (perhaps more for complicated cocktails). You’ll be told beforehand if a service charge is included, or it will be printed on the bill. 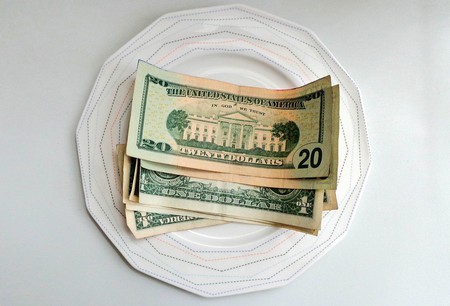 Book ahead to camp at an established campground or RV park, especially if it’s during a holiday weekend or at a well-known and popular area. Use the State Parks Department website to suss out the fees then book a spot online. 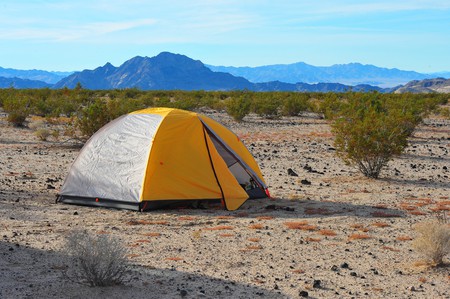 Parking signs in Los Angeles are infamous for being long and confusing. Be sure to read parking signs carefully to avoid getting a hefty ticket, or worse, towed. Don’t be afraid to ask someone if parking is allowed.

Remember that at least two, sometimes three, people are needed to use the carpool lane (sometimes called “diamond lanes”), or face a ticket.

The only way take or make a call while driving is to use a hands-free device with voice-operated commands, and phones used for navigation must be mounted.

Get around with public transit

Some parts of California are doable without a car. Central Los Angeles has LA Metro‘s buses and trains, which may be preferable if headed to an area where parking can be tricky or expensive, such as Hollywood, downtown L.A. or Universal Studios Hollywood. San Francisco’s Muni system consists of buses, light rail, cable cars, and street cars. Note when public transit stops running, and carry cash for a taxi or be prepared to call an Uber or Lyft. 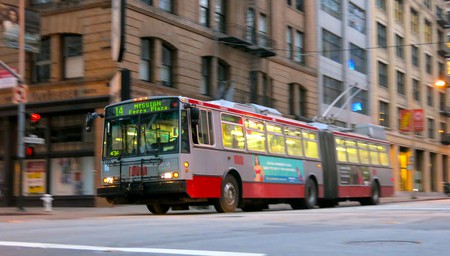 Avoid crowds and higher hotel and resort fees by visiting on weekdays, during off-season, or during ‘shoulder season’ (the period between peak and off-season). Spring and fall are beautiful seasons to visit but tend to be much cheaper than summer. The opposite may be true in some desert areas, such as Palm Springs, and ski towns: the hot summers can less crowded, but the mild winters still offer a warm respite. 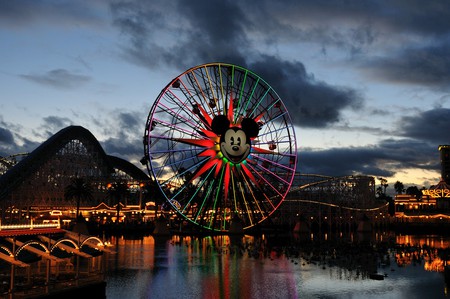 All about nature? Consider getting an annual National Park Pass ($80), which allows access to over 2,000 federal recreation sites, including national parks and wildlife refugees.

There are tricks to getting the most out of visiting theme parks. Springing for a Front of the Line pass at Universal Studios Hollywood allows priority access to each attraction. In nearby Buena Park, a fast lane pass at Knott’s Berry Farm allows all-day priority access to 13 rides, while a similar pass allows priority entrance to Halloween mazes at Knott’s Scary Farm. Purchase these online in advance.

When visiting Disneyland, plot out which rides appeal most and get a Fastpass, allowing priority access for reserved times, at ticket machines located near valid rides. Fastpasses can’t be stacked, but sound planning may mean scoring Fastpasses to multiple rides in one day.