20 Must-Visit Attractions in and Around San Jose, CA 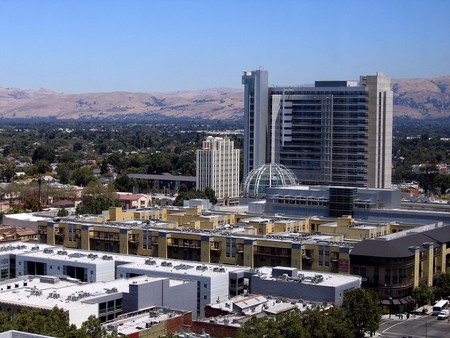 “Do you know the way to San Jose?” Once you’ve figured out how to get to the Capital of Silicon Valley, you need to plan something to do during your stay. Luckily, whipping up an itinerary for this city is a cinch. From activities that will have your heart racing to luxurious shopping districts, there’s something for everyone to do in San Jose. 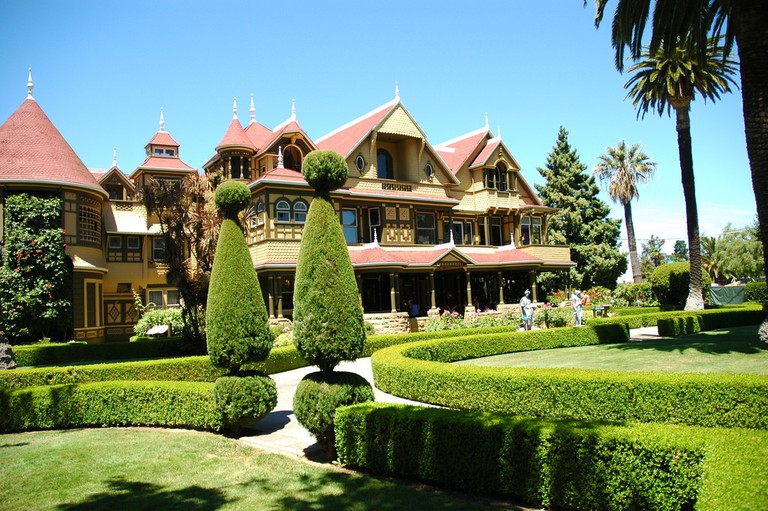 Winchester Mystery House | Mike Shelby / Flickr
In 1881, William Wirt Winchester, whose family made the Winchester rifle, died. He left behind a grieving widow who was beside herself. Not only did Sarah Winchester mourn the loss of her husband, but she also began to believe that the spirits of people who had been killed by Winchester rifles were haunting her. As a result, she attempted to appease the ghosts by continuously building out her home. The Winchester Mystery House™ still stands in San Jose today and is full of stairways that lead nowhere, mysterious passageways, and peculiar rooms.
Open In Google Maps
525 South Winchester Boulevard, West Valley, San Jose, California, 95128, USA
+14082472000
Visit Website
Give us feedback

Stadium
Facebook
Email
Twitter
Pinterest
Copy link
Share
Map View
No trip to San Jose is complete without stopping by the SAP Center. Lovingly referred to as the “Shark Tank” by locals, this arena is where the San Jose Sharks practice and host home games. The team has been around since 1991 and has never won a Stanley Cup, but Bay Area residents are diehard fans nonetheless.
Open In Google Maps
525 West Santa Clara Street, Downtown San Jose, San Jose, California, 95113, USA
+14082877070
Visit Website
Give us feedback

Amusement Park
Facebook
Email
Twitter
Pinterest
Copy link
Share
Map View
Looking for a way to keep the entire family entertained? San Jose’s Great America is an excellent mix of attractions for people of all ages. Hop on death-defying coasters or meet Snoopy in the furry flesh. However you choose to spend the day at Great America, bring a camera to capture the memories.
Open In Google Maps
4701 Great America Parkway, Santa Clara, California, 95054, USA
+14089881776
Visit Website
Give us feedback

Market, Shopping Mall
Facebook
Email
Twitter
Pinterest
Copy link
Share
Map View
Santana Row is more than just an outdoor mall—it’s a lifestyle. The luxury shopping outlet is home to posh brands and beloved local companies as well. You could spend hours strolling through the shopping district with an iced coffee in hand or stop at one of the many comfortable outdoor seating options and spend the day people-watching.
Open In Google Maps
377 Santana Row, West Valley, San Jose, California, 95128, USA
+14085514611
Visit Website
Give us feedback

Winery
Facebook
Email
Twitter
Pinterest
Copy link
Share
Map View
Located in Saratoga, the Mountain Winery has been around since 1905. Not only does the venue offer some quality wines for a day of leisurely sipping, but it also hosts some of the biggest musicians around in its outdoor venue.
Open In Google Maps
14831 Pierce Road, Saratoga, California, 95070, USA
+14087412822
Visit Website
Give us feedback

Bar, Market, American
Facebook
Email
Twitter
Pinterest
Copy link
Share
Map View
The San Pedro Square Market is the best dining option for people who can’t make up their minds. The plaza hosts a variety of different shops and restaurants, which means you can stroll through and sample everything from wood-fired pizza to tapas. The market also frequently hosts events such as karaoke and trivia night to keep patrons entertained.
Open In Google Maps
Downtown San Jose, San Jose, California, 95110, USA
Visit Website
Give us feedback

Market
Facebook
Email
Twitter
Pinterest
Copy link
Share
Map View
On Wednesdays, Fridays, Saturdays, and Sundays, the San Jose Flea Market is the place to be if you believe in turning trash into treasure. Wander through colorful aisles dominated by shopping stalls, and then stop for a bite to eat at one of the food vendors. If you’re traveling with kids in tow, check out the arcade or mini Ferris wheel that calls the market home.
Open In Google Maps
1590 Berryessa Road, Alum Rock, San Jose, California, 95133, USA
+14084531110
Visit Website
Give us feedback

Market, Museum
Facebook
Email
Twitter
Pinterest
Copy link
Share
Map View
Looking for a peek inside modern and contemporary art in the Bay Area? The San Jose Museum of Art showcases a variety of exhibits that are intriguing to people from all walks of life. From painting and photography to sculptures and light installations, you’ll want to carve out a few hours from your trip to take it all in.
Open In Google Maps
110 South Market Street, Downtown San Jose, San Jose, California, 95113, USA
+14082716840
Visit Website
Give us feedback

Known for being one of the most authentic Japantowns in the country, this cultural mecca in San Jose draws in tons of visitors. Offering delicious Japanese restaurants, specialty shops, and a myriad of art galleries and theaters, spending a day in Japantown means having tons of fun. 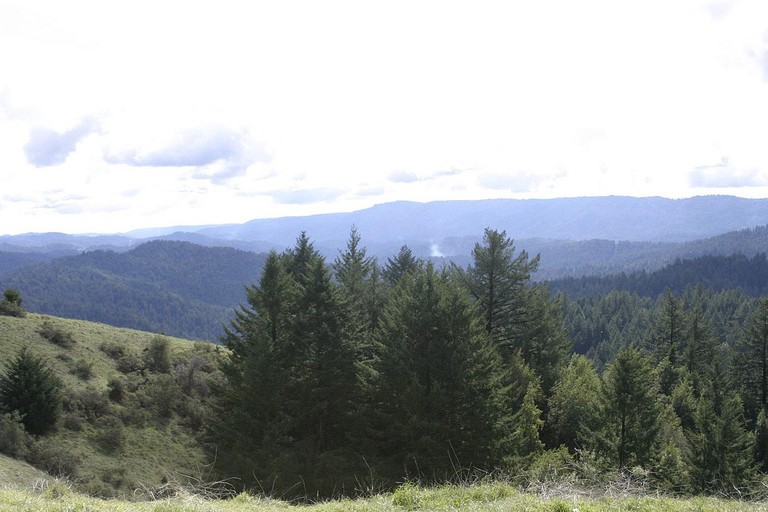 The Tech Museum of Innovation

While you’re technically in Santa Clara, Los Gatos provides a woodsy small-town feel to your getaway. With brick-lined buildings, cozy coffee shops, and unique boutiques, you can spend the day tasting your way through town and window shopping like a local.

Park
Facebook
Email
Twitter
Pinterest
Copy link
Share
Map View
The 23-acre water park is ideal for thrill seekers. As Raging Waters is only open during the summer months, the venue makes sure to pack in a lot of fun for the entire family. Slip into your favorite swimming suit and soar down sopping wet slides with your loved ones.

Concert Hall, Museum
Facebook
Email
Twitter
Pinterest
Copy link
Share
Map View
The Children’s Discovery Museum is, as you might have guessed, designed for children. The colorful and entertaining institution specializes in hands-on exhibits that get kids excited about learning. If you’re traveling with small children, don’t miss out on the many art, science, and garden installations available.
Open In Google Maps
180 Woz Way, Downtown San Jose, San Jose, California, 95110, USA
+14082985437
Visit Website
Give us feedback

You haven’t really toured San Jose without stopping downtown. With an abundance of tech companies, breweries, restaurants, and shopping options, you’re bound to find something that catches your eye in the heart of the city.