17 Expressions To Help You Talk Like A San Franciscan 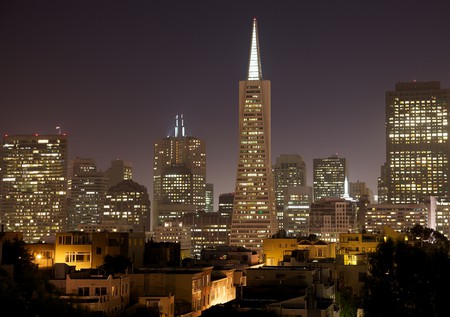 Bay Area natives tend to have sayings that differ from the rest of the area and to talk in a different manner than the rest of California. These expressions and slang result from the city’s hip-hop culture, and the fact that Northern Californians are all around trendy people.

Welcome to the world of abbreviations and smushed words. The City is what San Francisco is called by people in the general area, because well, no other city is as important. 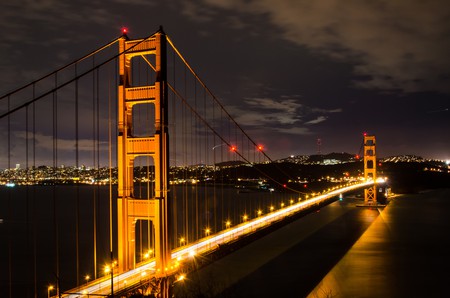 The City at night | © Zheng Zeng/flickr

Just as San Francisco is labeled the City, Oakland has plenty of its own nicknames, including the Town. Realistically, for San Franciscans, there are only two important cities in the area, and referring to both cities by their nicknames is highly common.

Realistically no list of San Francisco sayings would be complete without the mention of hella. Hella this, hella that, Bay Area natives say this word hella and if you live in the city, inevitably you will also eventually start saying it. 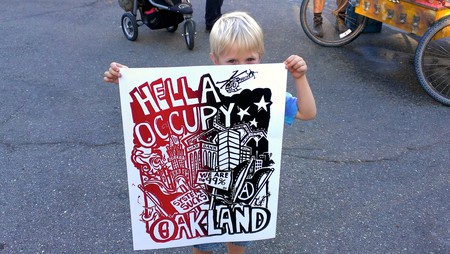 Hella in use in the Bay Area | © Zach Copley/flickr

Not necessarily an awesome expression, June gloom is the best way to describe the foggy nature of San Francisco summers. Mid-spring and fall in the city tend to be sunny and phenomenal, but by June, Karl the Fog rolls in and the sunny weather rolls out. 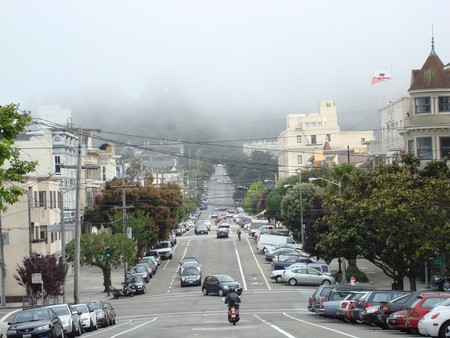 Karl the Fog is San Francisco’s mascot and his importance is recognized by most locals. When Karl is out, the sun is gone and the city is in its natural habitat of cold and foggy weather. 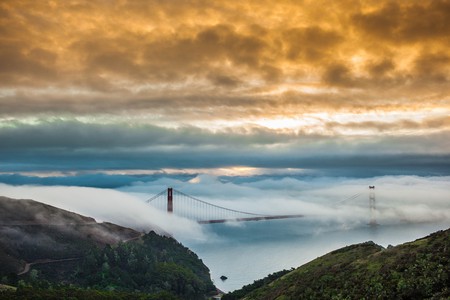 Karl making an appearance in the bay | © Anthony Quintano/flickr

Another of the Bay Area expressions that has spread much farther than the region, hyphy is an abbreviation for hyperactive and is used to describe music. It was created by Keak da Sneak and can also be used as a verb, to get hyphy, or the equivalent to getting crunk.

Used by many locals in lieu of saying yes, or as a manner of expressing excitement, yee is a typical slang word. It can be drawn out to express a greater amount of excitement of hype, making a great saying if you are hella excited.

With multiple meanings, cutty can take form as both an adjective and a noun. Used to describe anything sketchy or a place that is far away and in the middle of nowhere, cutty or in the cuts is a central part of local dialect.

The Bay Area is the home to a huge selection of music, including some of hip-hop’s greatest artists. Mac Dre popularized this term, which refers to a person who is dancing their heart out and really shaking their stuff.

Ever had a bomb song and not been able to describe the way that you feel about it? Let this SF expression change that. Slaps, or a song that is slappin, describes songs (typically from the Bay Area) that are popping in a manner indescribable by any other word.

Getting put on blast is when you get called out for something, usually in public, whether for your old and decaying shoes, or for a failed relationship. Also often referred to as being roasted, being put on blast is a highly common phrase in SF verbiage.

If you overreact to something small or inconsequential, you will likely be trippin’. It can also be used to describe someone who is saying something stupid or irrational.

There are many uses for janky, but in general it is used in reference to something or someone that is undesirable or questionable, and especially in the case of broken appliances or things that don’t work very well.

Another word that you will encounter with increasing frequency is dank, used by natives to describe anything that is high quality or just really good, awesome, etc. This term developed from high potency marijuana and is a common word around the city.

Another smashed up slang word, finna is typically used in place of ‘going to’ or ‘about to’ do something, such as ‘finna do this homework.’ You will find this abbreviation throughout San Francisco slang, as well as gonna.

The area code for San Francisco, 415 is often used as another nickname for the city. People are often headed to the 415 or use the area code in captions, even more so now that the number has been discontinued for new phone numbers.

Swoop can take on multiple meanings, like much of this list, but in the Bay Area it is typically used to describe picking someone up, especially in a car.