Cool Things To Do in Los Angeles at Night 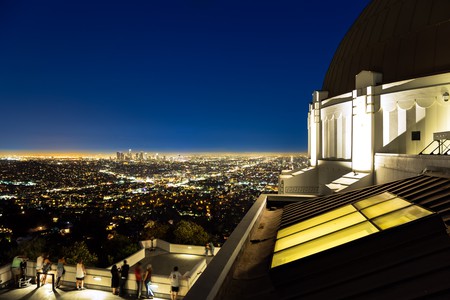 There’s more to LA nightlife than just bars and clubs. You can choose from neon light shows, live performances, walking tours and late-night eats to explore. Here are some interesting and unusual ways to take advantage of the City of Angels after dark. 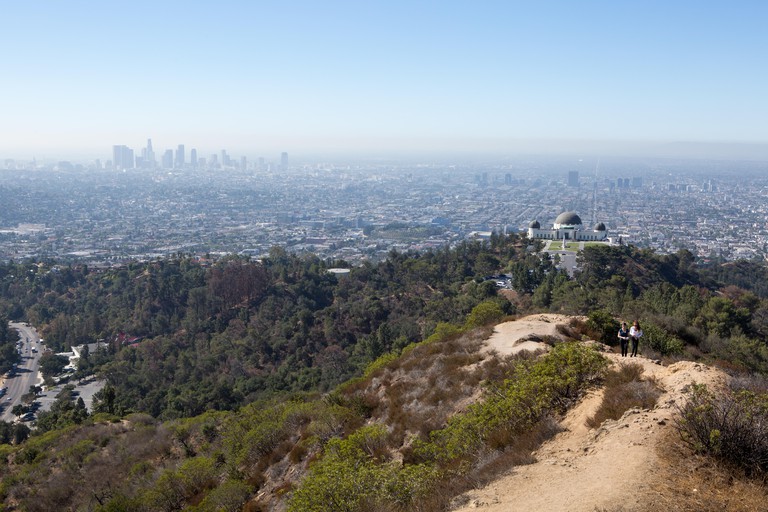 © National Geographic Image Collection / Alamy Stock Photo
Book Now
Take a night hikethrough Griffith Park with the Sierra Club. They offer weekday hikes, which come in a variety of skill levels from beginner to very advanced. On one Friday a month – specifically the one closest to the full moon – the club offers a 2.5-hour night hike that features a potluck at a scenic vista.
Open In Google Maps
2800 East Observatory Road, Los Angeles, California, 90027, USA
+12134730800
Visit Website
Give us feedback

Amusement Park, Park
Facebook
Email
Twitter
Pinterest
Copy link
Share
Map View
Pacific Park is a small amusement park located on the historic Santa Monica Pier. There are several rides and midway games, including a ferris wheel that is best viewed when lit up after dark. The park is free to enter, but guests will need to buy tickets to the individual attractions. Hours vary, so check the park’s website before heading out.
Open In Google Maps
380 Santa Monica Pier, Santa Monica, California, 90401, USA
+13102608744
Visit Website
Give us feedback

Neon Cruise at the Museum of Neon Art

Art Gallery, Museum, School
Facebook
Email
Twitter
Pinterest
Copy link
Share
Map View
Glendale’s Museum of Neon Art hosts the Neon Cruise. Guests take a narrated tour on a convertible bus through Downtown LA, Hollywood and Chinatown, learning about the neon signs and their historical context along the way. Tours last over three hours, and start in either Downtown or Hollywood, depending on which tour you select.
Open In Google Maps
216 South Brand Boulevard, Downtown, Glendale, California, 91204, USA
+18186962149
Visit Website
Give us feedback

In October, Ghost Hunters of Urban Los Angeles (Ghoula) offer a haunted Red Line tour, which takes guests along the Metro Red Line from Union Station to North Hollywood, a total of 13 unlucky stops. The tour lasts three hours, from 6pm to 9pm, meaning it will get dark at some point along your journey. The tour will take you on and off the train, exploring the haunted history along the way. It’s a donation-based tour, but guests will need to purchase a Metro day pass ($7) to avoid being charged a separate fee for every stop. For something more year-round, check out the Queen Mary’s ghost tours. The retired ocean liner always makes “most haunted” lists, and they offer both day and night tours. For late-night spookiness, book a paranormal investigation or ship walk. 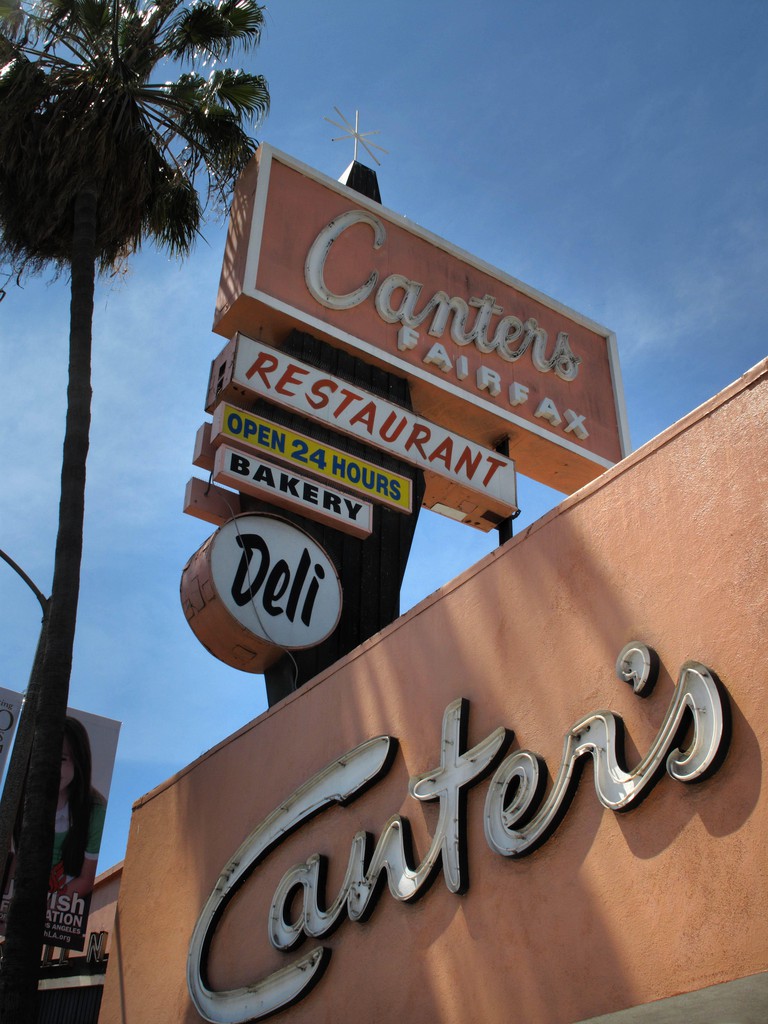 © Rick Colls / Alamy Stock Photo
Canter’s has been around since the 1930s and in its current location on Fairfax since the 1950s. It’s been a frequent haunt of musicians playing on the nearby Sunset Strip and serves Jewish fare, such as matzoh ball soup and lox, alongside American diner dishes. It’s open 24/7, except for certain holidays. Comedy and music go down in the adjacent cocktail lounge, the Kibitz Room.
Open In Google Maps
419 North Fairfax Avenue, Central LA, Los Angeles, California, 90036, USA
+13236512030
Visit Website
Give us feedback 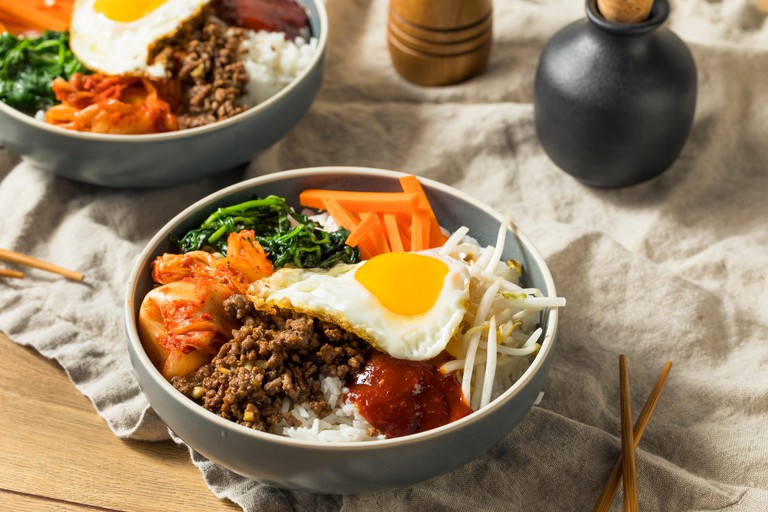 Spa
Facebook
Email
Twitter
Pinterest
Copy link
Share
Map View
If you need to unwind at night instead of amp up, then pay a visit to Koreatown’s 24-hour spa, Wi Spa. Steam rooms, saunas, showers and hot and cold tubs are available in one area, while all-gender spaces feature mineral saunas, a restaurant, fitness center and rooftop terrace. If you stay too late into the night, you can always take a nap here as well.
Open In Google Maps
2700 Wilshire Boulevard, Koreatown, Los Angeles, California, 90057, USA
Visit Website
Give us feedback

Theater
Facebook
Email
Twitter
Pinterest
Copy link
Share
Map View
The Clubhouse is a comedy club tucked in a strip mall where you can catch late-night improv shows. The theater is completely independent and volunteer-run. Even though every show is free, donations are hugely welcomed to keep this gem alive. There are also plenty of opportunities here for newer performers to participate, including classes and improv jams.
Open In Google Maps
1607 North Vermont Avenue, East Hollywood, Los Angeles, California, 90027, USA
Visit Website
Give us feedback

Shopping Mall
Facebook
Email
Twitter
Pinterest
Copy link
Share
Map View
Perhaps one of the strangest nighttime activities, the Almighty Opp is a mysterious puppet show that pops up on a Koreatown corner on the last Saturday of each month. Guests assemble at the corner of Western and Elmwood, a short walk from arcade bar Blipsy, at 9pm for a night of bizarre music and puppetry. It’s funny, weird, occasionally participatory and always a strange but fun adventure, drawing a dedicated group of regulars every month.
Open In Google Maps
928 South Western Avenue, Koreatown, Los Angeles, California, 90006, USA
+12133821234
Visit Website
Give us feedback

The Downtown Art Walk occurs every second Thursday of the month. Guests are advised to start at the visitor center, open from 6pm to 10pm, to get a map and the lay of the land. From there, visit nearby galleries for art openings and events. Plenty of restaurants, bars and venues are nearby for making a full night of it. Food trucks typically set up shop at 7th and Spring for a quick bite.

The Willows is an immersive theater event in a sprawling old house just south of Koreatown, the exact location of which will only be revealed once you’ve purchased your tickets. As the story goes, you’ve been invited to a dinner party at the home of the Willows family. They’re no ordinary family, harboring a host of dark secrets, including what really happened to a recently deceased relative. Throughout the evening, more will be divulged, occasionally in one-on-one scenes should a character decide to pull you away from the group. The show lasts about two hours and includes dinner and drinks. Tickets are $125 and are available to purchase online. They’re released in batches that sell out quickly due to small audience sizes and limited dates, so sign up for the mailing list to hear about new shows first. 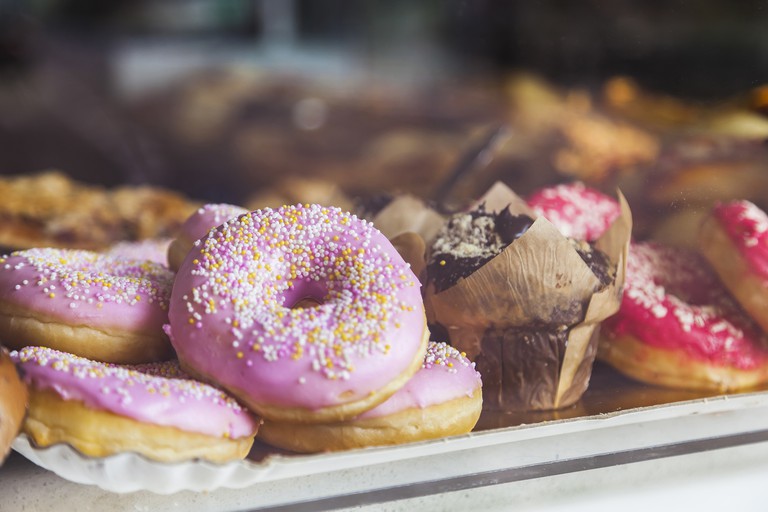 © Flavia Morlachetti / Getty Images
California Donuts is a 24-hour donut shop in Koreatown where you can satisfy any late-night cravings for sweets. This family-run establishment started up in the 1980s, and it’s not uncommon to see a line of people waiting to make their doughnut selections. Colorful creations abound, including doughnuts topped with crunchy cereal, candies and fruit. You can also select among the classics, including fritters, croissants, jelly-filled pastries and cinnamon rolls.
Open In Google Maps
3540 West 3rd Street, Koreatown, Los Angeles, California, 90020, USA
+12133853318
Visit Website
Give us feedback

Infinitely Dinner Society is certainly mysterious. Guests who follow them on social media will find sporadic invitations to participate in a midnight snack. Those selected will purchase a ticket online – typically $10 to $25 – before agreeing to meet at a specific location at a select time, usually after midnight. Performers will soon arrive to deliver on their promise of dinner and a short, immersive show. Previous snacks have included oysters, cheese plates and donuts. Shows typically focus on the concept of infinity, as the name might imply. Follow them on Instagram at @infinitelydinnersociety.