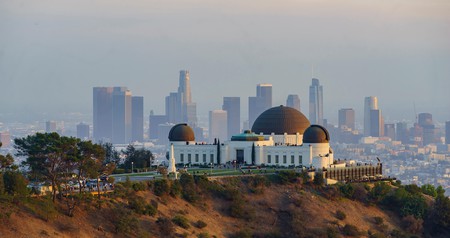 With iconic landmarks, a vibrant cultural scene and sunny skies throughout the year, there is no shortage of reasons to visit Los Angeles. From art at the Getty Center to hiking in Malibu, our top picks highlight why LA should be at the top of your travel bucket list.

Southern California has amazing weather. It’s sunny almost all year long, with average highs hovering around 70 to 80°F (21–27°C), and average lows in the upper 40s to low 60s (approximately 8–17°C). You won’t have to pack your snow boots (unless you want to go skiing at nearby Big Bear), and most nights are fine with just a jacket. Unlike some of the desert cities, LA also tends to cool off at night, making it easy to get a good night’s rest. 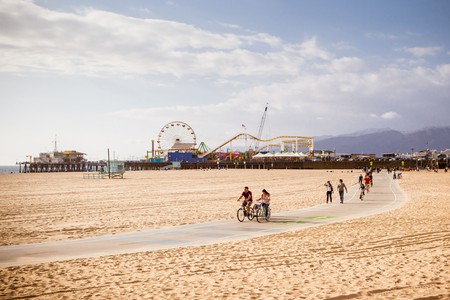 Want a Hawaiian breakfast, Ethiopian for lunch, and all-you-can-eat Korean BBQ for dinner? That’s no problem in Los Angeles. As an incredibly diverse city, LA offers opportunities to discover the cuisines, festivals and cultures of the many communities that make it such a rich tapestry. Neighborhoods such as Little Tokyo, Chinatown, Little Ethiopia and Koreatown offer plenty of great food, as well as museums, galleries, shopping and educational opportunities. 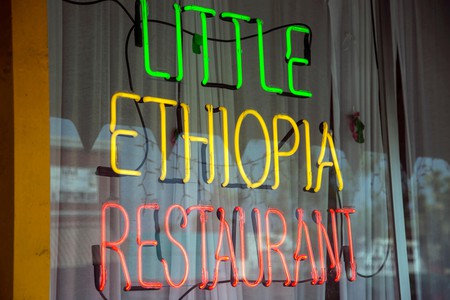 Los Angeles County has over 70 miles of coastline, and it’s all beautiful. Some tourists flock to the busier shores of Santa Monica or Venice Beach for people-watching and sightseeing, while others prefer the more secluded beaches of nearby Malibu. Orange County has gorgeous beaches too, and it’s just a short car or train ride away. 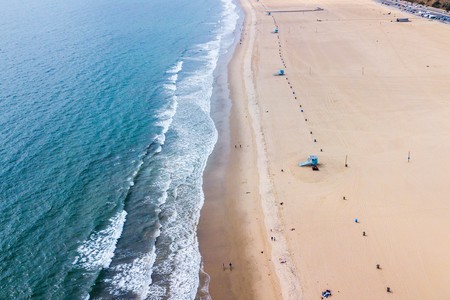 For the comedy scene

Many people associate quality comedy with New York or Chicago, but LA is also home to iconic theaters and smaller stand-up shows. There’s usually a well-known headliner at famous clubs such as the Laugh Factory and the Comedy Store. Los Angeles also has two Upright Citizens Brigade theaters – a smaller, very affordable theater in Franklin Village, and a larger, yet still affordable theater on Sunset Boulevard. You can also catch great shows on the cheap in the theater at the Virgil or open mics at numerous bars and cafés around town. An added bonus of watching comedy in LA is that it’s not entirely uncommon for a big name to show up and do a drop-in set at a smaller show or open mic. 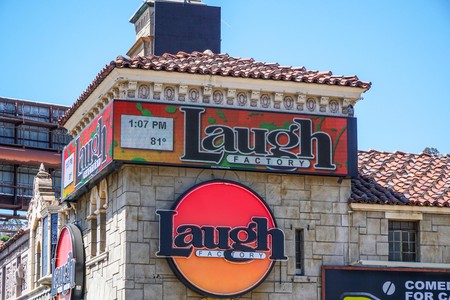 For the live theater

There are so many types of theater on offer in Los Angeles on a nightly basis that even the pickiest critic will be delighted. Traditional theater takes place in spaces such as the Geffen Playhouse, the Wallis Annenberg Center for the Performing Arts, and the Mark Taper Forum. The Hollywood Pantages Theater brings the best of Broadway to LA, while experimental and indie theater can be seen at several venues along Santa Monica Boulevard (known as Hollywood’s Theater Row), or at Echo Park’s Bootleg Theater or North Hollywood’s Zombie Joe’s. More elusive, but no less enchanting, is Los Angeles’ blossoming immersive theater scene, which you’ll find scattered throughout the city in often secret locations. 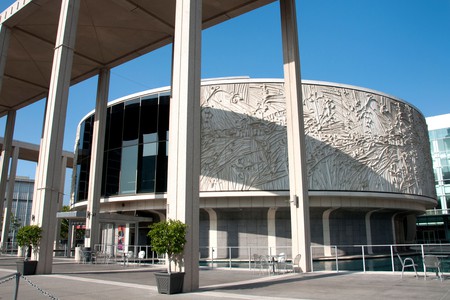 Los Angeles is home to so much good food that restaurants are high on the list of must-visit attractions in LA. Those looking for fine dining should try Providence, helmed by Chef Michael Cimarusti, Beverly Hills’ Spago or Santa Monica’s Mélisse. For hip spots, there’s Silver Lake Thai favorite Same Same, Echo Park’s elegant Winsome or sausages and craft beer at Wurstküche in DTLA or Venice. There’s also all of Thai Town, where people hail Jitlada as the champion of spice. Trendy outposts such as Salazar in Silver Lake (try the shrimp quesadilla) or hidden backyard gems like Dona Mary in Watts serve up excellent Mexican fare. New restaurants are opening up every week, meaning the scene is constantly evolving and growing – much like your appetite.

If you want discover LA through its diverse cuisine, check out our specially curated Food Tour of LA which combines things to do and a place to stay – all with food the firm focus. 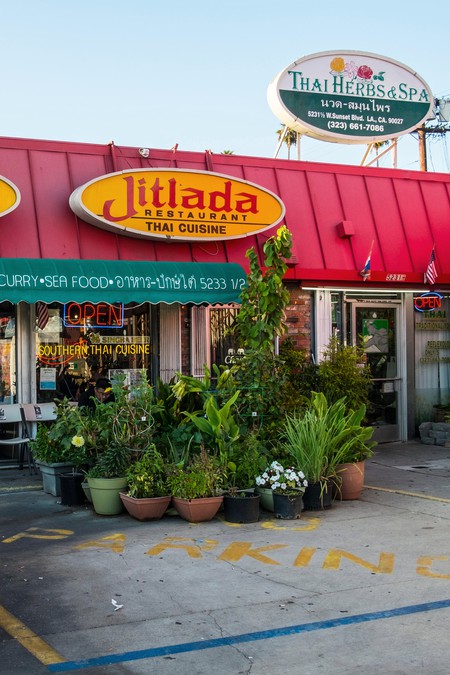 Los Angeles is home to an impressive number of cocktail lounges where mixologists go to great lengths to whip up the most innovative of libations. Some top-notch gin joints include downtown LA’s the Varnish and Las Perlas, Koreatown’s Walker Inn, and West Hollywood’s Roger Room. And if you’re not in the mood to wait for the bartender to smoke a glass, crack an egg and peel an orange, some bars specialize in draft cocktails. Idle Hour, a North Hollywood bar shaped like a giant barrel, and downtown’s rock ‘n’ roll-style Slipper Clutch both offer delectable cocktails on tap. 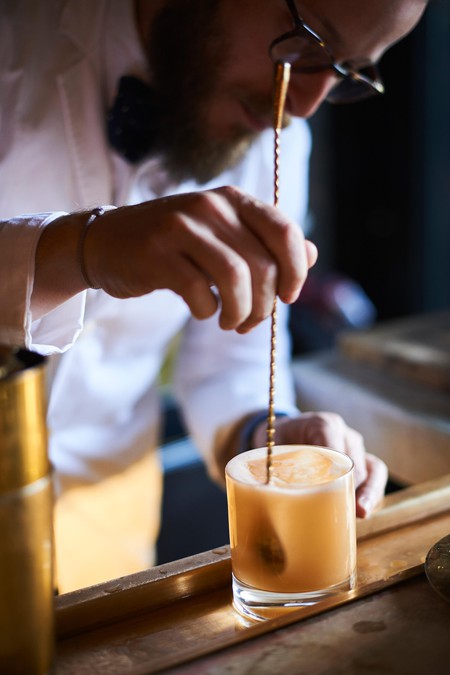 Los Angeles offers a surprising number of opportunities for magic fans. There’s the seminal Magic Castle, a private club for magicians. Those who are not magicians or members may enjoy dinner and a show if they can secure an invitation from a member. A trip to Universal Studios Hollywood will offer a chance to visit the town of Hogsmeade at The Wizarding World of Harry Potter. The butter beer is flowing, and photo opportunities abound, while the Harry Potter and the Forbidden Journey ride and Flight of the Hippogriff roller coaster add a touch of thrill to your visit. There’s also Black Rabbit Rose, a magic-themed bar from the Houston Brothers that features signature cocktails, magic shows and a weekly jazz night. 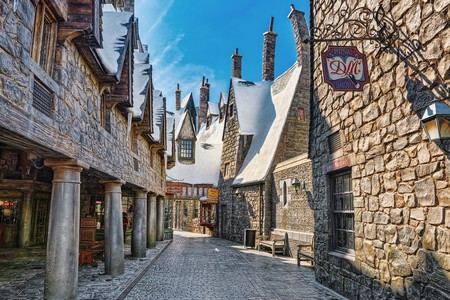 Tourists who come to LA hoping to see a concert or live rock show are in luck. The Sunset Strip offers all the storied venues of old, with new and established rock and alternative acts performing multiple nights a week. Indie places in Silver Lake, Echo Park, Westlake and Highland Park offer new and local bands, while big names take the stage at the Hollywood Bowl, the Greek Theater and the Staples Center. For those who just want to catch a show, there are also numerous bars hosting live music nightly for a small cover fee or even for free. 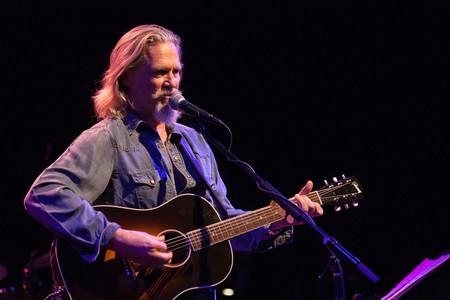 People in Los Angeles love to hike, and they don’t have to leave the city to do it. Locals and visitors alike flock to Runyon Canyon or Griffith Park, a 4,000-plus-acre park in the middle of the city, where there are numerous trails and recreational opportunities to take advantage of Los Angeles’ stellar weather. For those seeking more urban hikes, there are staircases scattered throughout LA that allow adventurers to work up a sweat without diving deep into nature. For those looking for a more remote experience, it’s a relatively short drive to explore Malibu State Park, the Angeles National Forest and Eaton Canyon. With so many state parks and forests, visitors can either go on short hikes and be cleaned up by dinner time, or spend three days out in the wilderness.

Our go-slow tour of LA includes a guided hike through Griffith Park, plus the chance to ride an e-Bike through Hollywood and explore the Venice Beach area. 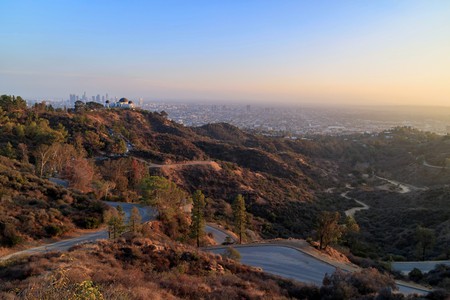 Visitors seeking to embrace their inner geek can visit one of Los Angeles’ many comic book shops, board game cafés, or game-inspired art shows. Galleries such as iam8bit, Creature Features and Gallery 1988 have rotating nostalgic exhibits drawing on video games, TV and movies. Game Haus in Glendale and Angel City Brewery in the Arts District allow guests to choose from a selection of board games.

Visitors can enjoy video games at a number of bars, including EightyTwo in the Arts District, the One Up in Sherman Oaks, Blipsy in Koreatown and Button Mash in Echo Park. Comic book stores such as Golden Apple Comics, Secret Headquarters and A Shop Called Quest offer games, comic books, graphic novels, apparel and more. It’s also worth checking to see what special studio tours are available at Universal Studios and Warner Brothers, or if there are any good exhibits on at the Paley Center for Media. 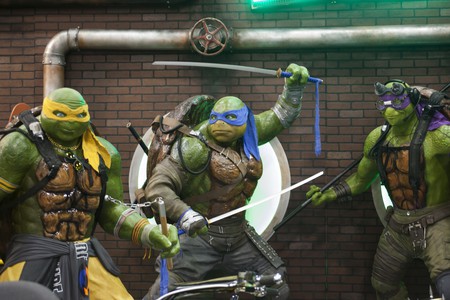 It seems like Los Angeles is enjoying a food, cultural, film or art festival nearly every weekend. They include Eat Drink Vegan, L.A. Food and Wine, the theater-centric Hollywood Fringe Fest, the LA Book Fair, and even CatConLA. Yes, that’s a festival dedicated to cats. They take place all over the city, in parks, stadiums and conference centers, and can be a great centerpiece to an LA vacation. 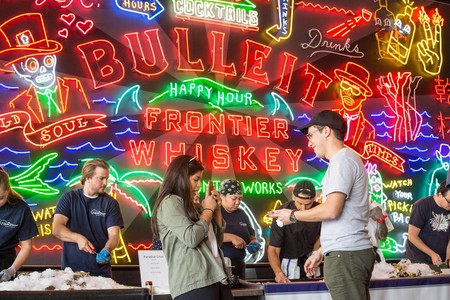 Los Angeles is home to a plethora of world-class art museums, including the Getty Center, the Los Angeles County Museum of Art (LACMA), the Broad, and the Geffen Contemporary at MOCA. In addition to these institutions, there are also numerous galleries, both large and small, offering shows from both established and up-and-coming artists. Some favorite art spaces include La Luz de Jesus (lowbrow), Hauser & Wirth (contemporary) and L.A. Louver (contemporary).

You can check out the best of LA’s art scene by taking our specially curated Art Tour of LA, which combines unique experiences and an arty hotel which showcase local artists in the city. 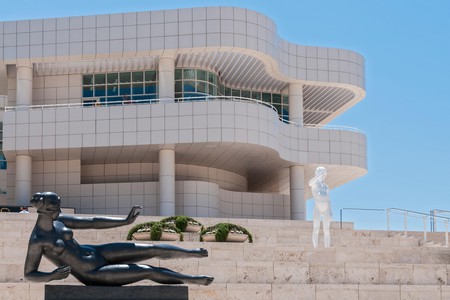 Los Angeles is packed with history if you know where to look. TV and film legends were made at historic studios, rock stars got their start in local venues, and LA hosted the Olympics in 1984. To learn more about a particular historical theme, check out a historical-themed tour, such as Estouric’s LA Noir tour or the Museum of Neon Art’s Neon Cruise. 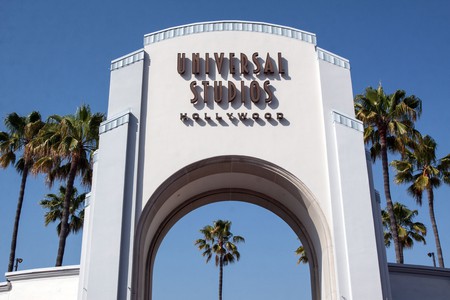 Art Deco architecture can be found throughout the city, in neighborhoods including downtown LA, Koreatown and Mid-Wilshire. Gems worth looking out for include the Eastern Central Building, the former Bullocks Wilshire department store (now a law school) and historic theater The Wiltern. A stroll down Broadway in downtown Los Angeles reveals even more gorgeous architecture in the form of beautiful theaters, which are open to the public for an annual event every October called Nights on Broadway.

LA is also home to numerous case study houses and other mid-century architecture from the likes of Frank Lloyd Wright, John Lautner and Richard Neutra. Also of note is Paul Williams, who designed homes for stars including Frank Sinatra and Lucille Ball. And that’s just the tip of Los Angeles’ architectural iceberg. 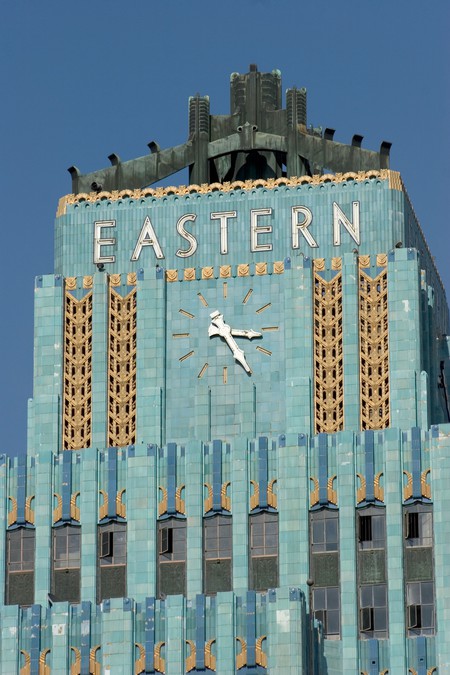 See things you recognize from the movies and TV shows

Los Angeles cannot be separated from its significant contributions to film and television. Tourists who love seeing the real-life locations of their favorite TV shows and movies should be able to seek out several hotels, restaurants, homes and bars featured in cinema through the ages. Some popular locations include the Bradbury Building (featured in Blade Runner); the Rosenheim Mansion (featured in American Horror Story and Buffy the Vampire Slayer); and Korean restaurant The Prince (Chinatown, New Girl).

If you’re in town for the first time, scratching beneath the surface of LA’s movie-making history is a must. We’ve curated this film-themed tour of LA to help you do exactly that. 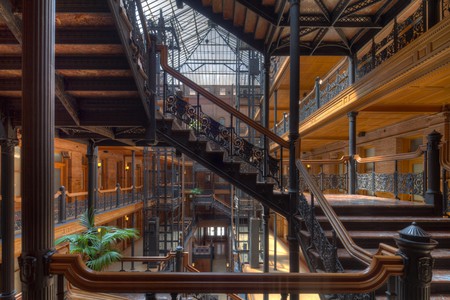