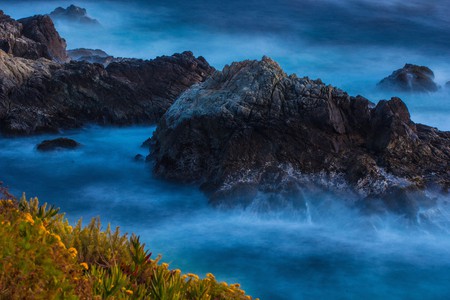 The coastal trek from Los Angeles to Big Sur is undeniably scenic, boasting waterfalls, beaches, dunes, and gardens. Yet the man-made spectacles are just as compelling, from a lavish mansion built by a newspaper mogul to an equally interesting castle made from scavenged materials. Here are 15 destinations to pack a roadtrip full of splendor.

Located in Julia Pfeiffer Burns State Park, McWay Falls flows 80 feet into the ocean. It is one of the most gorgeous views along the coast. Fun fact: You might recognize this waterfall from the music video for Dr. Dre’s “I Need a Doctor” (2011). 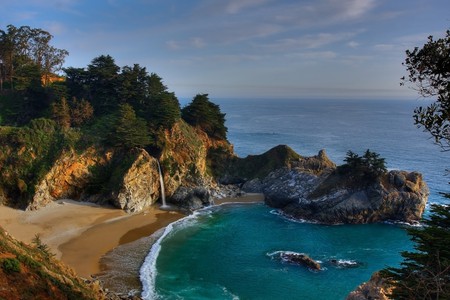 Hearst Castle is the magnificent mansion built in the 1940s by newspaper mogul William Randolph Hearst and architect Julia Morgan. A true monument to opulence, it contains 165 rooms and sits on 127 acres. 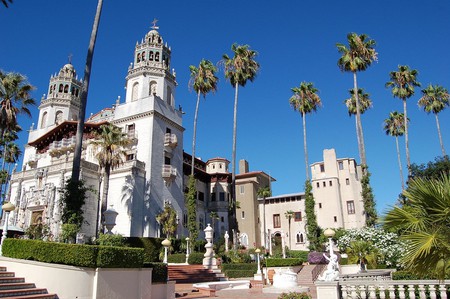 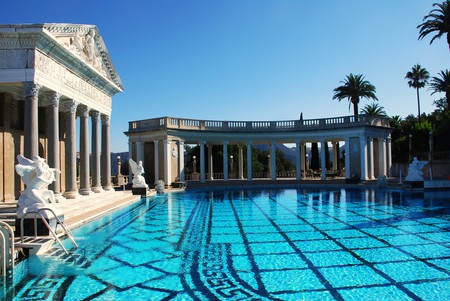 Nitt Witt Ridge was constructed by artist and garbage collector Art Beal, beginning in 1928. It’s a castle made out of scavenged materials, resting on 2.5 acres in Cambria. Although Beal has passed away, the property is maintained by Mike O’Malley, who offers tours to visitors. 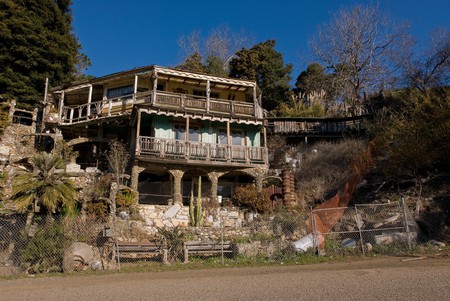 Morro Rock is a volcanic plug, which can be found at Morro Bay Harbor. It is some 23 million years old, 576 feet tall, and serves as a bird sanctuary. 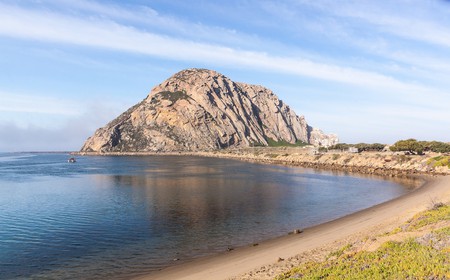 Bubblegum Alley is a pedestrian alleyway off Higuera Street in San Luis Obispo. It is lined with numerous pieces of chewed gum, a tradition which has been going on since at least the 1970s. 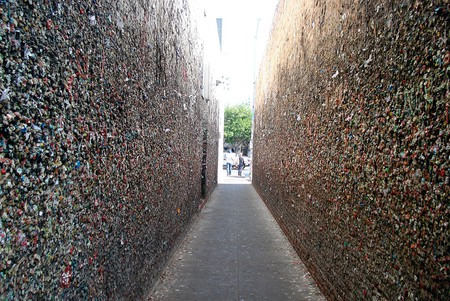 The Madonna Inn is a hotel where every single one of its 110 rooms has a different theme. It’s been around since 1958, back when it had just a dozen rooms (however, those original rooms were all destroyed in a fire). 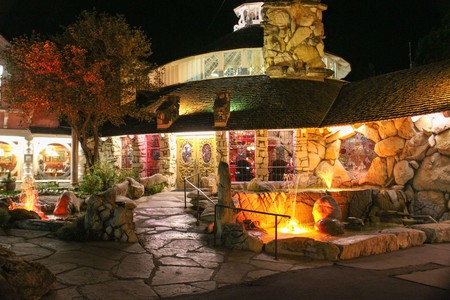 The Guadalupe-Nipomo Dunes Complex is 18 miles of beautiful coast, which includes Oso Flaco Lake, the Pismo Dunes Natural Preserve, and the Guadelupe-Nipomo Dunes National Wildlife Refuge. An interesting piece of history: In 1923, Cecil B. DeMille shot the movie The Ten Commandments here, yet instead of removing the set pieces, the crew buried and abandoned them instead. Some pieces remain buried while others can be viewed at the Dunes Center. 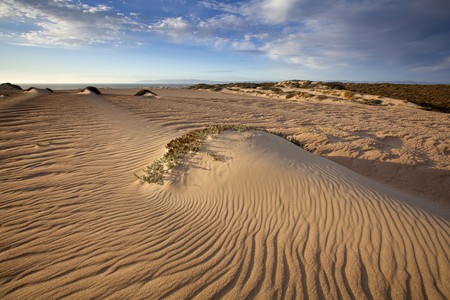 OstrichLand is home to ostriches and emus, which visitors may view and feed. There are sometimes even baby birds to see. 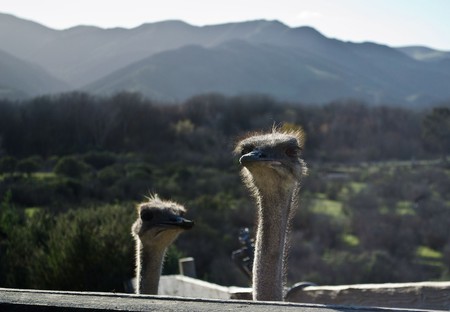 For a meal with a view, hungry travelers come to Nepenthe, positioned high in the Santa Lucia Mountains. It’s been around since 1949, and serves American cuisine and an extensive selection of wine. 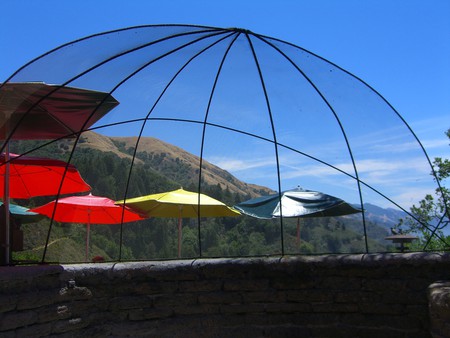 Businessman George Owen Knapp built himself a fine home in 1916. In 1940, German opera singer Lotte Lehmann and her companion Frances Holden moved in, only to lose the mansion to a forest fire just over a month later. The ruins still remain. 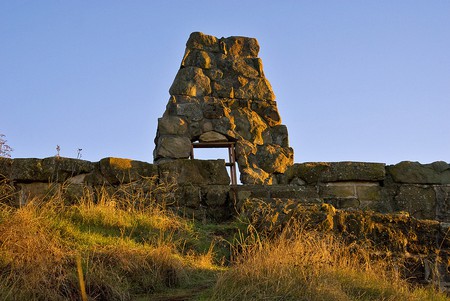 Gardens of the World, Thousand Oaks

Ed and Lynn Hogan built this massive garden complex, featuring five different gardens, each corresponding to a different culture. Both self-guided and guided tours are available. 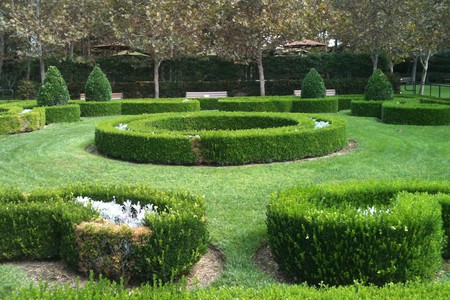 Gardens of the World | ©Peter/Flickr

The Bixby Bridge, built in 1932, offers costal views at numerous turnouts along its 714 feet. It’s a particularly tall bridge—260 feet above the canyon below. 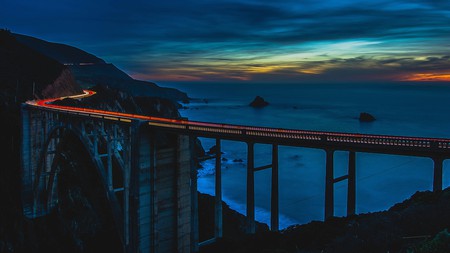 Lotusland is the estate of the late Madame Ganna Walska. Nine years after her death in 1984, the estate’s botanical gardens opened to the public for tours. The gardens span 37 acres and contain more than 3,000 different kinds of plants. 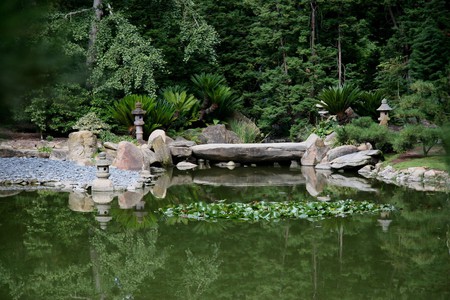 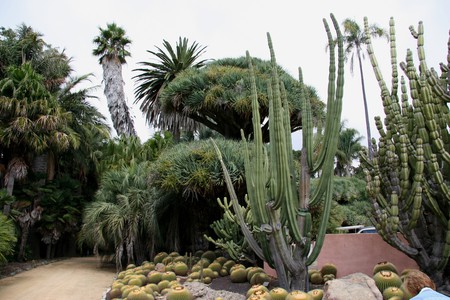 November through February, gorgeous monarch butterflies migrate to Goleta. Visitors can view them en masse at the Goleta Butterfly Grove. 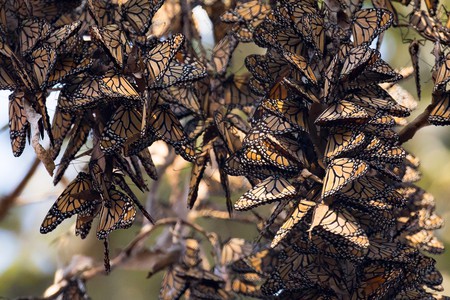 The elephant seal, so named for the male seals’ trunk-like snouts, come twice a year to their rookery to breed, birth and hang out. You can watch the seals via free viewing areas at Piedras Blancas during that time. 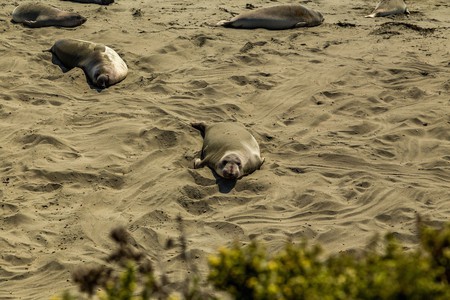