20 Films That Show the Many Sides of San Francisco 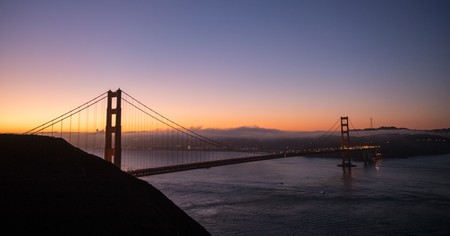 San Francisco is a popular location for filmmakers | © Simone Anne

San Francisco has proved a perennially popular location for filmmakers. The Golden Gate Bridge, the Bay, the alarmingly steep streets and the diverse neighborhoods provide as rich a backdrop for movies as anything New York City and Los Angeles offer.

Alfred Hitchcock’s masterpiece stars James Stewart as neurotic ex-police detective ‘Scottie’ Ferguson, who is tricked into believing that Madeleine Elster, the mysterious woman he was trailing, played by Kim Novak, has fallen to her death from a mission bell tower. The movie covers a lot of San Francisco, from the Mission District to Nob Hill. Note Scottie’s famous perspective at Fort Point in the Presidio – right by the Golden Gate Bridge – where he sees Madeleine throw herself into the bay.

Woody Allen’s comedy-drama about a Manhattan socialite, Jasmine (Cate Blanchett), in free fall on the West Coast took him back to San Francisco (where he had filmed the 1969 mockumentary Take the Money and Run). Key scenes were shot in the Mission District (where Jasmine’s working-class sister, played by Sally Hawkins, lives and works), Chinatown and Ocean Beach. Notable food and drink stops include Aub Zam Zam bar on Haight Street, The Ramp waterfront restaurant on Mission Bay and the Historic Escalle Winery in Larkspur, Marin County.

Clint Eastwood’s vigilante-style ‘Dirty’ Harry Callahan chases after a killer at Kezar Stadium. Other famous spots include Vista Point overlooking the Golden Gate Bridge and the cross at Mount Davidson.

Starring Steve McQueen as a San Francisco police lieutenant protecting a mobster, Peter Yates’s action thriller featured one of the most exciting and influential car chases in film history. Lasting nearly 11 minutes, it starts at Fisherman’s Wharf, proceeds through Bernal Heights, Potrero Hill, North Beach, Russian Hill and the Marina, then hits Daly City and Bruno Mountain State Park, ending up in Guadalupe Valley, Brisbane. Professional drivers did most of the stunts, but McQueen performed a couple of them himself.

Don Siegel’s thriller depicts the June 11 1962 escape from Alcatraz Federal Penitentiary of three inmates (Clint Eastwood, Fred Ward and Jack Thibeau) whose fates remain uncertain. Though some of the prison scenes were filmed at Paramount Studios in Los Angeles, much of the movie was made at the prison, which had been abandoned after its closing. The filmmakers’ $500,000 refurbishment of the prison stood the buildings in good stead when public visits to Alcatraz were first permitted in October 1973. The prison is now one of the world’s most popular tourist attractions.

John Schlesinger’s psychological thriller – which stars Melanie Griffith, Michael Keaton and Matthew Modine – unfolds in the eponymous neighborhood, San Francisco’s most exclusive and one of the richest in the country. (It is famous for its mix of Victorian, Edwardian and Mission Revival houses.) However, the polychrome house used in the film is on the corner of 19th and Texas Streets in Potrero Hill.

Starring Whoopi Goldberg, the sequel to the highly successful Sister Act (1992) was a stepping stone for Lauryn Hill, Jennifer Love Hewitt and Kathy Najimy. Filming locations include the Bank of America building at 555 California Street and the City College of San Francisco.

Filmed by Francis Ford Coppola between the first two Godfather movies, The Conversation stars Gene Hackman as surveillance expert Harry Caul, who becomes increasingly paranoid as he gets enmeshed in a murder case; the movie was influenced by Michelangelo Antonioni’s Blow-Up (1966) and the Watergate crisis. Scenes were shot in Union Square in Downtown San Francisco, Hayes Valley (where Caul lives), Potrero Hill, Polk Gulch, The Haight, the Financial District, SoMa, Cow Hollow, Pacific Heights and the Western Addition.

Viewers of the Mike Myers comedy So I Married an Axe Murderer will get glimpses of every part of San Francisco. Locations include the Palace of Fine Arts, Coit Tower, the Fog City diner and the San Francisco War Memorial.

Uninhibited crime novelist Catherine Tramell (Sharon Stone) plays cat and mouse with dissolute homicide cop Nick Curran (Michael Douglas) in Paul Verhoeven’s provocative sex thriller. Tramell’s mansion is in Pacific Heights and other locations used in the movie include Telegraph Hill, Rohnert Park, the Embarcadero roadway and the Tosca Café in North Beach. The old police precinct where Catherine is interrogated was at 850 Bryant Street by the Hall of Justice in SoMa. Streets that feature in the car chase (influenced by the one in Bullitt) included Fresno, Kearny and Dunnes Alley. The cast and crew also went further afield in California, to Carmel-by-the-Sea (for Catherine’s beach house) and Petaluma.

One of Robin Williams’s most acclaimed films, Mrs Doubtfire stars him as a newly divorced actor who poses as a housekeeper so he can spend time with his own children. The house in the film is at 2640 Steiner Street in Pacific Heights, and is still visited by many people. When Williams committed suicide in 2014, fans brought flowers and trinkets there to pay tribute to him.

A disappointment to some but a goofy classic to others, this remake of the 1967 British comedy, starring Brendan Fraser and Elizabeth Hurley, shows off many famous San Francisco sights. They include the Golden Gate Bridge, Washington Square, the Vaillancourt Fountain, City Hall and the Palace of Fine Arts.

A well-liked romcom, The Wedding Planner features many picturesque San Francisco locations. They include City Hall (where the Jennifer Lopez and Justin Chambers characters go to get married) and Golden Gate Park (where they dance). One of the most famous scenes takes place at Taylor and Sacramento Streets, where Matthew McConaughey’s character steps in to save Lopez when she’s about to be crushed by a rolling dumpster.

What many people don’t know about The Princess Diaries is that the house Mia Thermopolis (Anne Hathaway) lives in isn’t in one of San Francisco’s prestigious neighborhoods; it’s actually a former firehouse at Brazil and Athens Streets in the Excelsior District. Other filming locations include Anthony R Grove High School on Lyon Street in the upscale Marina District and Phoenix Terrace off Pacific Avenue near Nob Hill.

Cameron Diaz, Christina Applegate and Selma Blair take audiences through the trials and tribulations of San Francisco dating in The Sweetest Thing. Scenes were filmed at the Palace of Fine Arts, New Grant Avenue Cleaners on Vallejo Street and in North Beach, to name just a few of the locations.

Bernal Heights, Portrero Hill, Chinatown and Russian Hill were among the San Francisco locations of Wayne Wang’s adaptation of Amy Tan’s novel about the experiences of four mahjong-playing Chinese immigrant women and their daughters. Some of the Chinese scenes were shot outside the city in Richmond, Contra Costa County and Woodside, San Mateo County. The Golden Gate National Recreation Area in Marin County was another of the film’s locations.

In this adaptation of entrepreneur Chris Gardner’s memoir, Will Smith and his son Jaden play a father and son struggling to survive as they’re bounced around different San Francisco shelters. Locations include Glen Park station, Golden Gate Park, Ross Alley in Chinatown, Taylor Street in Russian Hill and Pine Street in the Financial District.

La Mission tells the story of an ex-con, played by San Francisco-born Benjamin Bratt, who finds out that his son is gay. The film showcases one of the most beautiful neighborhoods in San Francisco – the Mission.

San Andreas takes viewers on a CGI-boosted, action-packed ride from Los Angeles to San Francisco after a magnitude 9.0 earthquake shakes up California. The most realistic and terrifying scene takes place on the Golden Gate Bridge as it’s engulfed by water.