13 Reasons Why You Should Visit Sacramento 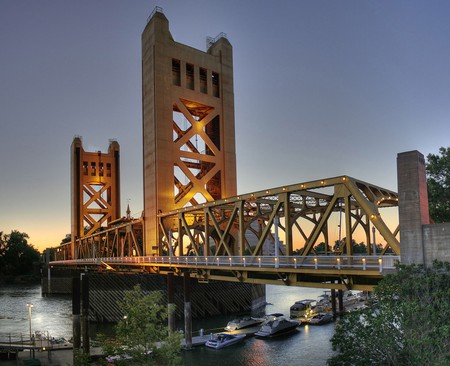 Sacramento holds great importance in California as the state’s capital, but it also holds some of the most unforgettable landscapes, historic sites and even some quirky details not found anywhere else. Here are the 13 reasons why you should visit Sacramento.

Many non-California natives will mistakenly assume that the capital of California is either Los Angeles or San Francisco. However, the capital has been Sacramento ever since 1854, due to the city’s suitable location and economic standing at the time. John Sutter and John Marshall founded Sacramento, and by the time it was chosen to be the capital, a running government was already in place. The neoclassical structure located at the end of Capitol Park not only houses the California government, but it has also been on the National Register of Historic Places since 1973. 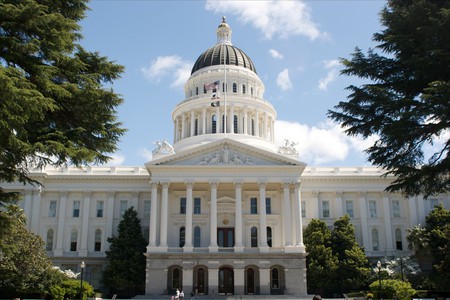 The beautiful scenery pulls you in

Surrounded by the Sacramento River and the American River, the city offers the best seat in the house when it comes to awe-inducing scenery. Nevertheless, these scenic rivers aren’t just for viewing. Every summer, the river attracts adventurous kayakers, white water rafters, boaters and even leisurely fishermen. Some other popular ways to get lost in nature while staying dry is biking, walking or jogging the trail on the American River, spanning an impressive 32 miles (51.5 kilometers) from Old Sacramento all the way to Folsom Lake.

Sacramento is home to many independent coffee houses, with some places even roasting their own beans. This emerging string of craft coffee shops began appearing just within the past decade or so, and today, these cafés are a vital asset to the city. From pour overs and lattes to even cold brews, each artisanal coffee house has its own eccentric vibe that will entice anyone walking in Midtown. If waking up and caffeinating is a daily ritual, Sacramento holds a new wave of coffee experiences that stands far from Starbucks.

Special ways to celebrate the holidays

Sacramento has a lot more in store than the typical pumpkin picking and Christmas tree shopping when it comes to the holidays. Once the leaves begin to change colors, Apple Hill opens its doors, welcoming every autumn-loving apple enthusiast with not only apples but also apple pies, donuts, strudels and even apple wine. Although getting to Apple Hill requires a 45-minute drive, visiting the orchards is the best way to step into fall. Once fall comes to a close, the Westfield Downtown Plaza Ice Rink welcomes winter. If ice skating isn’t in your plans, visit Dovewood Court. Every single house in this court is adorned from top to bottom with only the most extravagant holiday cheer-filled Christmas decorations. There surely won’t be any snow, but the holidays won’t feel the same without the glittering lights of December.

Celebrate the holidays in and around Sacramento, CA, USA 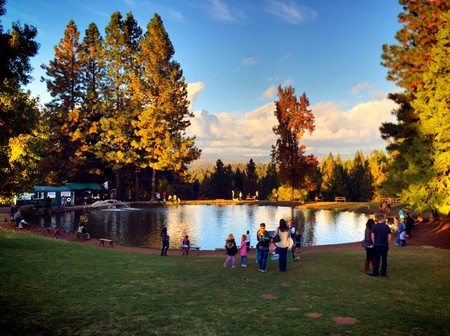 Stepping into Old Sacramento is an extraordinary experience that nearly mimics time travel; it came to be in 1848 with the rise of the gold rush. Over time, the gold rush declined entirely, and the city survived some major flooding; Old Sacramento eventually had to be raised above flood level. This well-preserved slice of history is still visible in present-day Old-Sac with some of the notably aged buildings sitting on raised wooden sidewalks. Going along with the theme of this National Landmark, historical tours and horse rides are some of the most favored ways to spend time in Old Sacramento. 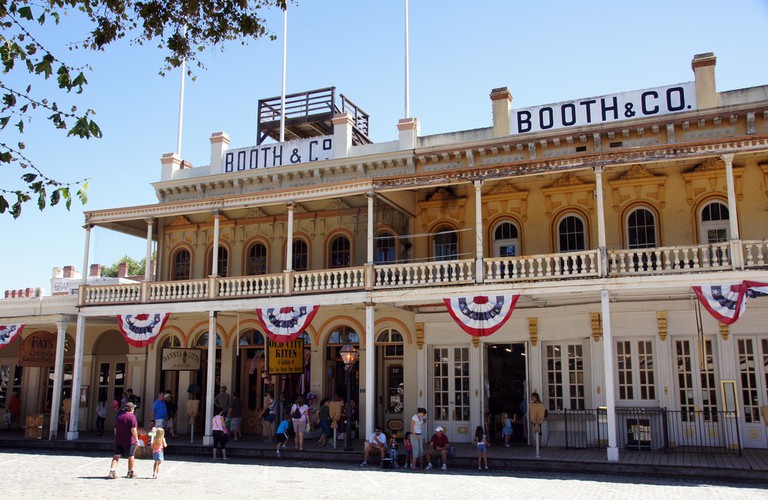 There are a number of museums located in Sacramento that showcase everything from the Capitol to classic cars. The California State Capitol Museum is a free, in-depth and educational venue, teaching visitors not only about California’s history but also the creation of some of the laws that inhabit it. Close to the Capitol, there is also the California State Railroad Museum, featuring some trains and railroad cars from the 1860s; during the right time of the year, the museum even offers the guests train rides. There is even a California Automobile Museum that holds over 150 vintage cars and race cars, with some dating back 120 years. 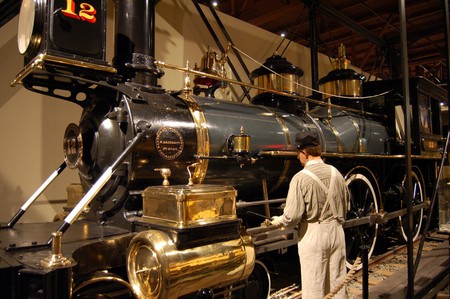 The Crocker Art Museum is one of the most notable museums in the Sacramento region. The art institution opened 125 years ago, and it holds an impressive and diverse collection of art. On top of traditional art museums, Sacramento is also home to more contemporary art galleries such as the Verge Center for the Arts. There is even the organization M5Arts, which creates an art experience on a yearly basis in the form of pop-up exhibitions. There is also an event rightfully named Second Saturday; each month art galleries have open houses and allow crowds of art lovers to gather. 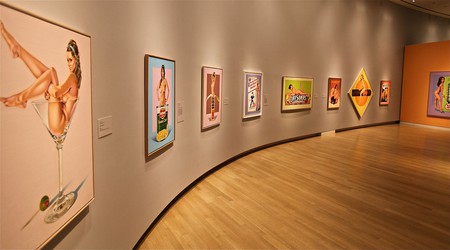 Every year there are live music events and concerts that take place in the city, such as the Sacramento Music Festival, which kick-starts the summer as it takes place during Memorial Day weekend. The four-day event has 100 performances as well as food and dancing. As the summer heat picks up, there is also Concerts in the Park, a 12-week event that begins in May and ends in July, presenting national talents from a wide variety of genres, including R&B, indie, and pop. Aside from major events, there are also live music venues such as Ace of Spades, Harlow’s and Shady Lady Saloon that make for a great evening of entertainment.

Sacramento houses a rare drive-in movie theater; they are getting more difficult to find as time goes on in the United States. The West Wind Sacramento Drive-In offers current movie showings as well as double feature screenings. The retro experience of attending the drive-in doesn’t have to end there—why not finish off the night at Rick’s Dessert Diner, an aesthetically ’50s vintage dessert shop? There is even a jukebox hungry for quarters, ready to make the night feel like a scene straight out of the movie Grease.

Rebel without a cake 🍰

There truly is something for everyone, even for children, in California’s capital. Fairytale Town is a small but charming park with playsets based off of 25 nursery rhymes and fairy tales. Some of these themes include the Owl’s Treehouse, Crooked Mile and The Old Woman in the Shoe, just to mention a few. There is even the local zoo with a wide array of animals, from hedgehogs and aardvarks to baby flamingos. If these two family locations are too juvenile, there is also the 165-foot (50.2-meter) swing called the “Screamer” at Scandia Fun Center.

Sacramento offers a variety of places to enjoy the nightlife, even in Old-Sac, with some bars sitting underground, giving the place a speakeasy vibe. However, for more of a modern twist, there are countless bars and nightclubs in Midtown that fill up to the brim every weekend. Aside from the wine bars and brewpubs downtown, there is also the rather quirky Dive Bar, where a fish tank above the bar features swimming mermaids and mermen (real, paid merpeople).

Attending a Sacramento Kings game is a must, especially now that they play at the new Golden 1 Center. The Kings is one of the oldest professional basketball franchises in the nation and has some very dedicated fans. Just remember to wear something purple to show that loyalty. If basketball doesn’t sound appealing, there is also baseball. The Sacramento River Cats play at the lush green Raley Field overlooking the Sacramento River and the Golden Tower Bridge. The river view, Dinger the Wild Cat mascot and some hot dogs all make for a perfect summer evening. 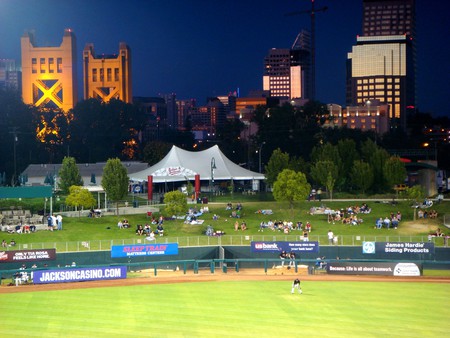 Since 2012, Sacramento has been campaigning itself as the “America’s Farm to Fork Capital”; so much so that in the year 2017, the old city slogan “City of Trees” was replaced with the new and much successful campaign slogan. Being a city located in a heavily agricultural area means fresh produce year-round, so take advantage of it and go to the farmers market. There are also regular and frequent farm-to-fork events, including an official farm-to-fork festival that occurs at the end of September. There are even fruit festivals such as Berryfest, Pear Fair and Mandarin Festival for local fruits. Fresh food is a crucial component to Sacramento and a must-try culinary experience.