Movies That Define Life in LA 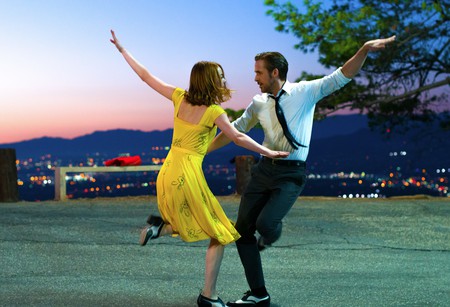 The business of movie making is synonymous with Los Angeles – the city wouldn’t be quite so dazzling without the magic of films. Unsurprisingly, many movie makers have paid tribute to this storied city in their feature-lengths. Here are the movies that truly define the City of Angels.

Loosely adapted from the plot of Jane Austen’s novel Emma, Clueless focuses on sassy Cher, who lives the charmed life in LA. The film is primarily set in illustrious Beverly Hills, replete with insider snarks at the Valley and living south of Sunset. With scenic backdrops of Rodeo Drive, Clueless is the pinnacle of LA inspiration.

In this film set in the 1990s, Steve Martin is hysterical as a weatherman whose life has become as predictable as the Southern California weather. This is Martin’s love letter to all the quirks and idiosyncrasies of the people that embody LA. Nobody can simultaneously poke fun at a place and revere it better than Martin.

This quintessentially Quentin Tarantino movie examines drugs and violent gang crime in Los Angeles. It includes memorable roles for Samuel L Jackson and Uma Thurman (who both went on to work with Tarantino on the Kill Bill movies), but especially for John Travolta who played a wildly different character to his turn in musical Grease (1978).

This movie is considered an eye-opening expose of corruption related to the California water wars. Not only is this an important topic, it is one that has been central to LA history for years – the ramifications are still being felt today as California faces years of drought. This film is essential to the history of the city and expertly exposes the issues that have been plaguing us for decades.

Centered around a corrupt but glamorous 1950s Hollywood, LA Confidential examines a police force covering up their crimes. The revered legal drama won multiple Academy Awards while portraying a dark nostalgic depiction of Los Angeles. Three policemen work together to solve a murder linked to all of them in some way, and in doing so achieve their revenge. This is film noir at its finest, and is often compared to Chinatown in quality and tone.

Jeff Bridges is the Dude, the iconic and ever-surprising Venice Beach hippie who gets himself involved in a hostage situation, all the while gripping a White Russian (the drink, that is). The film also follows the Dude’s best friends, including John Goodman’s larger-than-life character, a Vietnam War veteran named Walter, and Donny who is the strange and quiet hero. The psychedelic and surreal feel of this movie often leaves the audience wondering what it’s exactly about, but that may just be the point as the Dude doesn’t care about much at all. Except bowling. This cult classic is also a tour of Los Angeles – from restaurants to bowling alleys.

This movie explores the rise of gangsta rap from Compton in the 1980s through NWA, a local group who caused a revolution. O’Shea Jackson Jr plays his father Ice Cube and there’s an incredible performance from Jason Mitchell as Easy-E who contracts Aids at the beginning of the epidemic. Straight Outta Compton is one of the truest depictions of the east LA race war and a pivotal depiction of how NWA inspired a fight against police brutality.

One of David Lynch’s most famous works is named after the street that winds through the northern Los Angeles mountains. This mystery investigates the identity of a woman who cannot remember who she is after surviving a car crash. Mulholland Drive portrays the noir glamour of Los Angeles in a portrait of the city.

The Graduate follows recent college grad Benjamin as he struggles to find his place in society and momentarily finds himself accepted and seduced by a bored housewife named Mrs Robinson. Things get more complicated for Benjamin when he falls in love with her daughter and has to decide whether to stand up for something he wants, or to drift through life. The movie is set and filmed in Los Angeles and the filming locations are now essential stops for fans of the classic.

Starring Cuba Gooding Jr and a young Ice Cube, this film was one of the first honest depictions of urban life in south-central Los Angeles as it followed its inhabitants through their daily struggles. John Singleton was the first African American to be nominated for an Academy Award for best director because of his work on this historically significant piece.

Sunset Boulevard is often described as the best movie ever made about Hollywood. This film noir focuses on aging silent movie star Norma Desmond and her tempestuous relationships with both her screenwriter and her dwindling fame. As the screenwriter tries to manipulate her, she strikes back leading to a shocking end, and her former fame is only replaced with madness and despair.

An unmissable musical saga following Emma Stone and Ryan Gosling through four seasons (and one flash forward), La La Land is perhaps the peak of LA film inspiration. The 2016 Damien Chazelle Oscar-winner is filmed throughout the city, and pays homage to everything from traffic to old Hollywood haunts.