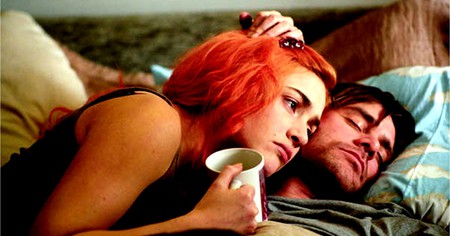 Kate Winslet is currently one of the most respected actresses working today. Her dedication to her craft has resulted in some of the greatest film performances in recent years, and her coveted Golden Globe nominations and awards highlight the achievements of her unique talent. Take a look at the roles that Winslet played that have caught the attention of the Hollywood Foreign Press Association.

A memorable long weekend is the basis for this 2013 romantic drama starring Josh Brolin and Kate Winslet. Unfortunately, this is possibly the worst Golden Globe-nominated performance that Winslet has done. She has had better roles in films like Titanic. The on-screen chemistry between Winslet and Brolin is definitely there, but it lacks the sophistication that made her previous work more appealing. The film does show an intimate pie-making scene, but Winslet has had much more memorable work on her filmography.

Yasmina Reza adapted her own play in this film that Roman Polanski directed in 2011. Kate Winslet plays Nancy Cowan, a mom who becomes increasingly childish in a comedy that has no manners. Interestingly, Kate Winslet and her co-star, Jodie Foster, competed against one another for the Golden Globe that year. Of course, neither of their work could compare to how Michelle Williams recreated Marilyn Monroe in My Week with Marilyn. This might not be one of the best nominated performances that Winslet has done, but at least she starred in a film that resembles Who’s Afraid of Virginia Woolf?

Playing the young Iris Murdoch gave Kate Winslet both her third Golden Globe and Oscar nomination. Even though she lost to Jennifer Connelly for A Beautiful Mind, Winslet still delivered an awards-worthy performance as the famous British novelist. A unique fact about this performance is that this was the second time that Winslet earned a nomination for playing the younger version of the main character because the first time was for playing the younger version of Rose in Titanic. Young or old, Winslet’s portrayals of women across a wide variety of films enables her to earn nominations throughout her career.

Jennifer Connelly might have beaten Kate Winslet for the Golden Globe in 2002, but they co-star together in this adaptation of Tom Perrota’s acclaimed novel. Winslet plays Sarah Pierce, a mother who encounters marital issues after discovering her husband’s unusual addiction. Some critics have compared this film to Gustave Flaubert’s Madame Bovary, in that both the original novel and film contemporize that classic novel in suburban Massachusetts. Kate Winslet might have lost the Golden Globe to Helen Mirren’s portrayal of Queen Elizabeth II in The Queen, but this role reveals Winslet’s versatility that allows her to play such complicated characters.

Kate Winslet earned her first Golden Globe nomination for playing the hopelessly romantic Marianne Dashwood. Her performance, alongside Emma Thompson’s portrayal of the rational Elinor, reveals how their characters are as different as two sisters can be. Adapted from Jane Austen’s timeless classic, Winslet’s character experiences the emotional turbulence associated with being in love. The film also exhibits the social constraints placed upon women in 19th century England. Winslet might have lost the Golden Globe to Mira Sorvino’s hilarious performance in Woody Allen’s Mighty Aphrodite, but Winslet did receive her first BAFTA, and her first Oscar nomination, for this role.

Kate Winslet might not have received a lot of awards for playing Rose DeWitt Bukater in James Cameron’s epic film, but she did play what is perhaps her most iconic character. That is because many moviegoers believe that Rose is Kate Winslet’s most memorable role. Indeed, who could forget the famous scenes in this 1997 masterpiece, such as when Kate Winslet is ‘flying’ with Leonardo DiCaprio, or when Jack draws her wearing only the Heart of the Ocean necklace? Rose promises to ‘never let go,’ and many film lovers might never let go of their admiration for this beloved film.

In one of the most original films ever made, Kate Winslet plays Clementine Kruczynski, a woman whom Jim Carrey’s character yearns to forget. This movie won Best Original Screenplay at the Academy Awards even though the Golden Globe went to Sideways. The film explores the nature of relationships and the unfathomable qualities of memory. The title itself comes from the poem ‘Eloisa to Abelard’ by Alexander Pope, which coincidentally deals with the spurned relationship between the two eponymous lovers. Winslet herself told Empire Magazine that this was her favorite film role, and that performance truly does glister like eternal sunshine.

Kate Winslet In Eternal Sunshine of the Spotless Mind ©深#/Fickr

Playing real people is always a challenge, but Kate Winslet received her fourth Golden Globe award for her supporting role as Joanna Hoffman in Steve Jobs. The real Hoffman inspired Winslet, and allowed the actress to support the ambitions of Steve Jobs, played by Michael Fassbender. Winslet herself felt that winning the award was a surreal experience because of Fassbender’s overwhelming talent in Aaron Sorkin’s Golden Globe-winning screenplay. Hoffman supported Jobs much in the same way that Winslet supports Fassbender, which reveals how she fittingly received a Golden Globe for a supporting role.

Leonardo DiCaprio reunites with Kate Winslet in this adaptation of Richard Yates’ novel. She plays April Wheeler, a wife who yearns to move to Paris to escape her vapid lifestyle in suburban Connecticut. The intense arguments she has with her on-screen husband Frank, whom DiCaprio plays, adds drama to a strained relationship that is the opposite of the romance in Titanic. The rawness that Winslet delivers helped her win the Golden Globe, and made her the third actress to receive Golden Globes for both supporting and leading roles. Sigourney Weaver and Joan Plowright did that in 1989 and 1993, respectively.

Kate Winslet earned her first Golden Globe for her supporting role as Hanna Schmitz in The Reader. This emotionally complex role bears similarity to Nicole Kidman’s Oscar-winning portrayal of Virginia Woolf in The Hours because both characters endure intense turmoil. Interestingly, Stephen Daldry directed both of these films, and David Hare wrote the adapted screenplays. Winslet won her first Academy Award for playing a German woman with a hidden past. Some would argue that Hanna is a supporting role rather than a leading one, but it is undeniable that Winslet’s performance is as passionate as the love expressed within the film.