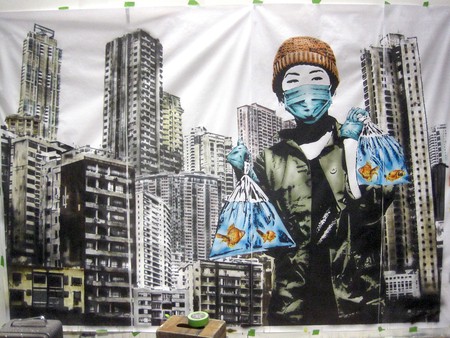 San Francisco is teeming with talented artists, from the up-and-coming to globally-recognized stars. Many of the San Francisco community of artists are self-taught and various artists come from other careers, transferring into the art hub of the area. Here’s the 10 San Francisco artists you should keep an eye out for.

This talented painter and drawer is part of San Francisco’s continual wave of youthful and extremely gifted artists. She has worked for various different companies and people including Lady Gaga and Urban Outfitters. Her highly distinctive style creates visually stunning pieces and her portraits seem to float off of the page. Olivia’s work can be found online and also, until June 2nd, at the Dax Gallery in Costa Mesa.

Known for both their murals and print artwork, Alynn-Mags is a dynamic duo of artists Amanda Lynn and Lady Mags. Their murals and street art can be found around the Bay Area and their ability to work together and combine elements of their artistic talents is highly impressive. Their prints are composed of sketches and watercolors, and often portray female figures in a singular color, highlighting an emotion felt through the face of the figure.

Print of the ‘Live Outside’ mural | Courtesy of Alynn-Mags

Monroe’s ability to work with lines and texture in order to produce something new and stunning is nothing short of amazing. From monochromatic line paintings reminiscent of sandstone formations to abstract figures composed entirely of lines, Monroe’s paintings are whimsical and classically modern at the same time. He also has many sculptures, fluidly created from wood in a manner that seems to defy nature.

A self-taught artist and part-time calculus teacher, Alvarado’s work shows control and an understanding of composition that are enviable. She paints using encaustic and oil, and typically her paintings are of figures in black and white against a printed background, creating a contrast that brings the figure into clear focus. Her paintings are currently in galleries around the U.S., including the ArtHaus gallery in San Francisco.

The distinctive lines and geometric designs which form Ording’s art are beyond satisfying. A graduate of the San Francisco Art Institute, Ording has done various public projects including one on Valencia Street, one in the Buchanan Hotel, and one inside the Facebook headquarters. Her other pieces include paintings, prints, and drawings/collages. 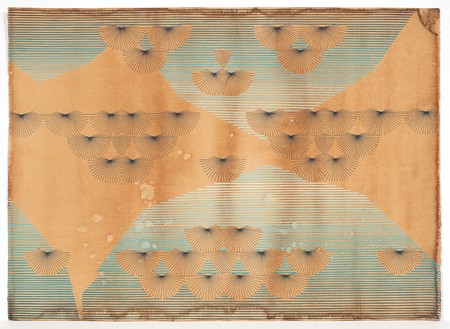 Originally from San Jose, Otto moved to San Francisco in order to further pursue his art career. He has multiple sets of art, each with a different and distinct style. The color contrast in his pieces in the 03 collection, along with a distinction between fluid strokes and crisp shapes creates a sense of peace, drawing the viewer in. Otto uses both acrylics and spray paint in his paintings, and also has other pieces made from wood and other three dimensional elements.

After having been a banker for 17 years in San Francisco, Reyes has now taken to painting, and the art community can rejoice in that choice. He has been inspired by Matisse and his artwork takes on many different genres, including his set of highly textured Sound of Color collection. His control of color, especially in blue and orange shades, and the emotion he captures in his figures is highly impressive. 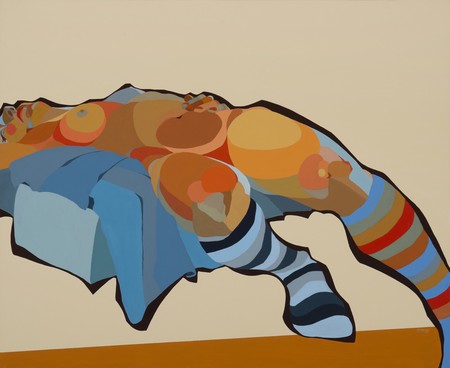 Planetary constellations fill up Cripe’s work and his dissections and maps of the universe, planets, and the body are visually stunning and mentally intriguing. He was listed in the top 20 artists of San Francisco by the Asterisk Magazine in 2012 and has been featured in many art galleries in the Bay Area. Be sure to check out his intricate, intriguing, and surprisingly large pieces, as well as prints, on his website.

The clean and balanced composition of Tholen’s art reflects on the art of Rothko and Pollock in a style of its own. From abstract lines and landscapes to crisp color block paintings, Tholen has a strong control over the architecture that forms her work. Her last show was featured at Gump’s in San Francisco, and over the past 13 years she has been featured at over 30 galleries just in San Francisco. 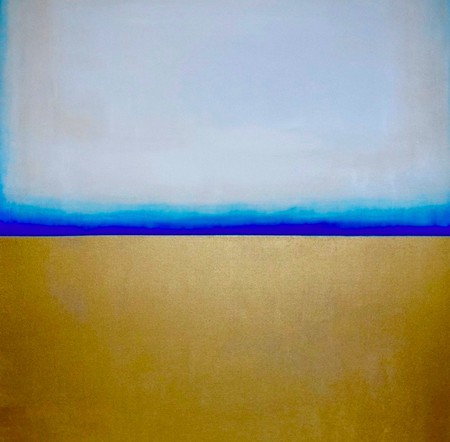 Anonymous street artist, Eddie Colla’s work is showcased around the city. He defines his own work as an action of thievery rather than vandalism, as it is stealing advertising space. Colla also creates work that doesn’t take up walls, comprised of prints that pop out at the eyes, often with themes of a apocalyptic world. His work (but not identity) can be found online. 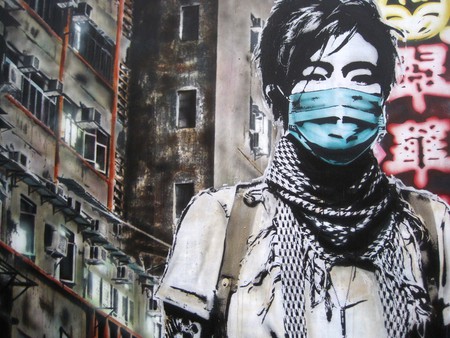 Fountain LA | © Eddie/flickr
Give us feedback