As its name suggests, Wine Country is world-renowned for its endless vineyards and assortment of spectacular wineries. However, there are also dozens of picturesque, one-of-a-kind towns dotting the famous region’s landscape. Continue reading for our list of the ten best hamlets of Wine Country.

Located in northern Sonoma County, Healdsburg has an essence that seamlessly blends history with the modern. The town is centered upon the historic Healdsburg Plaza, which looks much as it did when it was first built over 100 years ago. Radiating outward from the town square, there is a range of trendy shops, eateries, and hotels, from the local favorite Flying Goat Coffee to the luxurious Healdsburg Inn. The hamlet is also the location of the Healdsburg Museum, which is housed in the former Carnegie library and is dedicated to preserving Healdsburg’s history. Furthermore, the town is a short drive from the Ferrari-Carano Winery, which is set apart from the rest by its five-acre Franco-Italian style garden and is a must-see for wine enthusiasts and amateurs alike. 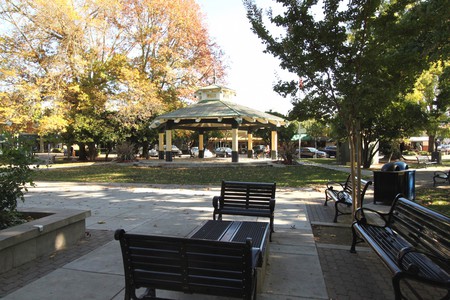 Located in the north of Napa Valley, the stylish hamlet of St. Helena has more than its fair share of picture-perfect hotels and inns, and is located near several of the region’s most prestigious wineries, including Opus One and V. Sattui Winery. That isn’t to say that St. Helena is known only for its wine and hospitality. Whether you’re an aspiring chef or a first-rate foodie, a visit to The Culinary Institute of America at Greystone is well worth your time. Housed in a magnificent stone complex and surrounded by beautifully sculpted gardens, the institute perfectly demonstrates why Wine Country is also known as a hub for fine dining and world-class cooking. To the few seeking a more nuanced appreciation for the town and Wine Country as a whole, be sure to check out Cameo Cinema, which houses one of the oldest movie screens in the country. 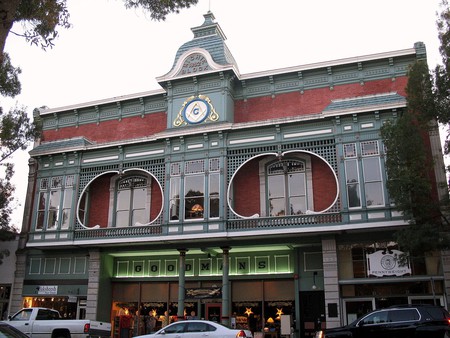 Founded in 1823 by Spanish missionaries, the city of Sonoma is one of the oldest settlements in the area and has played a vital role in shaping Wine Country’s distinct character. One of the hamlet’s biggest attractions is Sonoma Plaza, as well as the nearby barracks and mission, which have been carefully maintained to preserve Sonoma’s heritage. Experience Sonoma the right way by taking part in one of the various food and wine walking tours of Sonoma Plaza, which promise an enticing blend of learning and revelry. For couples in search of a little romance, Sonoma is also known for its hot-air-balloon rides, which provide the absolute best views of the surrounding countryside. On a similar note, car enthusiasts and adrenaline junkies will find themselves at home at the Sonoma Raceway, where patrons are invited to test-drive Formula 1 race cars and speed around on go-karts. 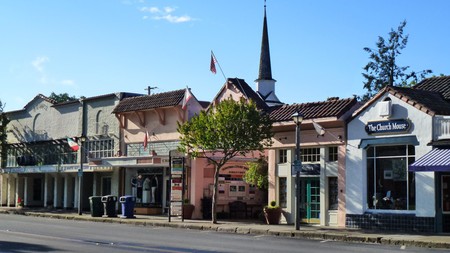 This preeminent spa town is home to the acclaimed Calistoga Hot Springs and is known for its local specialty, which is a mixture of fine volcanic ash and steaming mineral water otherwise known as a mud bath. Regardless, Calistoga’s appeal does not end with its hot springs. Located only a couple miles outside Calistoga, the Castello di Amorosa holds the distinction of being both a winery and an authentic castle. Rather than being yet another grandiose winery in a region full of them, the Castello di Amorosa is a work of art, which was built after years of research and planning by its owner, Dario Sattui. Following your visit to the Castello, take a quick trip back into Calistoga to witness the spectacle that is the Old Faithful of California, which was created when a man accidently drilled a hole into the casing of a well in the late 19th century. 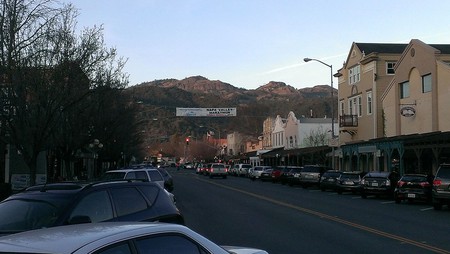 The city that gives the famous valley its name also serves the gateway to all of Wine Country. Situated in the south of Napa Valley, the city of Napa is inundated by a charm and culture that flows through its numerous boutique shops and high-end restaurants. Take a walk through the downtown area to the riverfront, where you can enjoy a nice glass of wine while gazing out at the Napa River as it meanders southward. Close your eyes for a moment and you may begin to think you’re at a riverside café in Paris or Rome rather than Northern California. As one of the most prominent cities in the region, Napa acts as a magnet for the various creative forces that came together to forge Wine Country’s distinctive identity. Present in every culinary masterpiece and glass of fine wine, these forces allow Napa to retain all the charm of a small town while incorporating a sense of cosmopolitanism and sophistication. 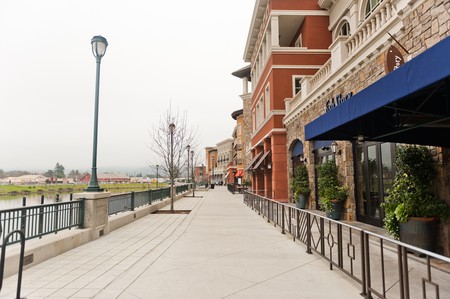 Surrounded on all sides by the rugged, natural beauty of Western Sonoma County, Occidental has a rustic feel to it that contrasts completely with the better-known destinations in the region. The town’s character is an eclectic mix of environmentalism and the arts, which is ideal for all those searching for a more atypical Wine Country experience. The Occidental Arts & Ecology Center, a center for education, advocacy, and the community, clearly demonstrates the town’s unique identity. The Occidental Center for the Arts is another fantastic example, which also happens to serve as the finish line for a whacky event entirely unique to Occidental, The Fool’s Day Parade. On April 2nd, participants meet up at the Occidental Community Center. Dressed in their silliest outfits, they then march through town in what is always an exciting and amusing spectacle. Last but not least, no trip to Occidental is complete without signing up for Sonoma Canopy Tours, which offers people the chance to zip line amongst the area’s towering redwoods. 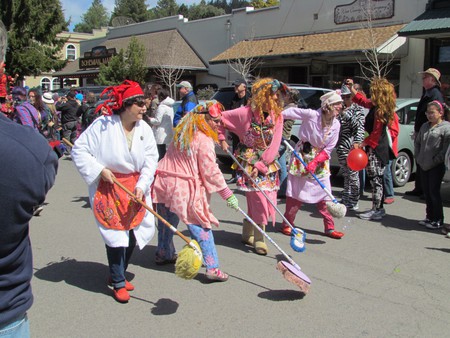 The town of Sebastopol offers a welcome change in a region filled with unending swaths of grapevines. Sebastopol is known throughout Wine Country for the magnificent apple orchards that surround the quiet hamlet. The orchards are open to all and hold the promise of a tasty treat with every visit. Similar to the other fashionable small towns of Wine Country, Sebastopol also hosts its very own culinary and arts center. Named The Barlow, the 220,000 square-foot institute deserves to be a part of any extended visit to the town. Additionally, Sebastopol houses the West County Museum, which focuses on the distinct history of Western Sonoma County. Western Sonoma’s natural beauty can also be experienced through a visit to the Laguna de Santa Rosa. A fantastic location to kayak and appreciate the local wildlife, the Laguna is a tributary of the mighty Russian River and the largest system of freshwater wetlands in the country.

Although Wine Country is known for its valleys and vineyards, it is also home to one of the most incredible stretches of coastline in the world. To people interested in experiencing the majesty of California’s immaculate coast, Bodega Bay is the ideal starting point for a journey north along the legendary HW1. The town’s charm and beauty are evident in the fact that it has served as the location for several popular films, such as The Goonies and I Know What You Did Last Summer. Moreover, the town is filled with high-end wine bars, restaurants, and inns, as well as an assortment of hiking trails, one of which will take you up to the famed Bodega Head. Located near the bay’s outermost point, the Bodega Head offers spectacular views of both the vast Pacific Ocean and the surrounding countryside. 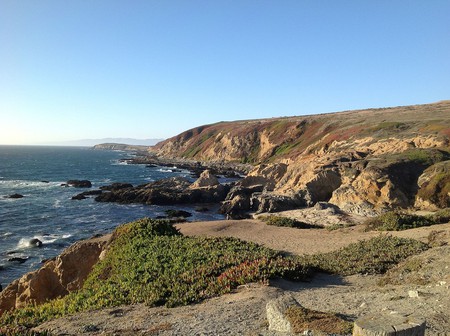 The pint-sized town of Geyserville is a place where Wine Country meets the Old West. Geyserville draws its name from The Geysers, which is a nearby geothermal field that happens to be the largest in the world. Decades before the region became known for its vineyards and food, individuals like Theodore Roosevelt came to the area for its hot springs, which have since been converted to a power-plant. Although The Geysers have ceased to be a local attraction, Lake Sonoma, and the Russian River are both only a few miles away and offer a range of activities, from a mellow day, spent fishing to an hour-long kayaking excursion. Geyserville also hosts a number of historic inns, such as the Hope-Merrill House, all of which specialize in the art of hospitality and are recognized throughout Wine Country for their outstanding breakfasts. 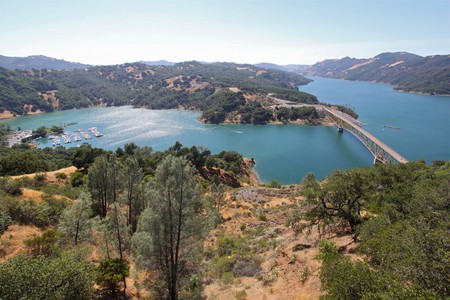 Removed from the rest of Wine Country by the ruggedness of Western Sonoma County, Guerneville is currently undergoing a revival caused by an influx of artists. The town is now home to several excellent restaurants and fascinating art galleries. Throughout its history, Guerneville has always been defined by its immediate proximity to the Russian River, which can be experienced in a number of ways. Situated on the riverbank near the center of town, Johnson Beach affords people the opportunity to cool off in the river’s waters during a hot summer day. There is also the historic Guerneville Bridge, which allows people to appreciate the beauty of the river from a distance. For more sight-seeing opportunities, take the 20-minute drive along River Road from Guerneville to the coast, and witness all the natural wonders that help make Wine Country the place to be.