10 Outdoor Activities You Can Only Experience In SF

San Francisco © Davide D'Amico/Flickr
San Francisco may be only 49 square miles, but don’t let the size of this amazing city fool you. There are more things to do here than you could imagine. San Francisco is unique, offering everything from America’s only mobile historic landmark to the largest Chinatown in North America to more than 300 hidden stairways and much more. You could spend weeks, even years, in San Francisco and not be able to complete the various activities and entertainment the city provides. Here is the guide to the best outdoor activities that you can only do in this amazing city.
San Francisco © Darshan Simha/Flickr

Dress up to run a race at Zappos.com’s Bay to Breakers. This is a two-days, 12K race that moves west through the city, finishing with a festival at Ocean Beach’s parking lot. For over 100 years, people have been participating in this race, whether that be by running, supporting on the sidelines, or people watching from a nearby bar. Watching the roughly 50,000 runners is incredibly rewarding, due to the sometimes crazy and fun outfits that get lots of attention and laughs. 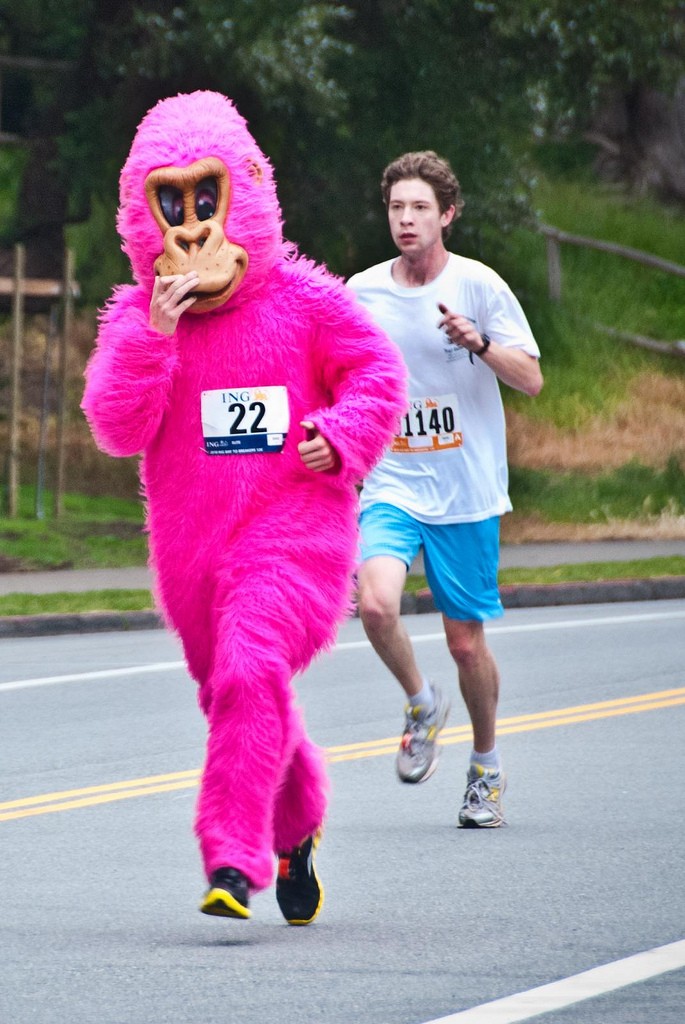 Botanical Garden, Museum, Park
View of Golden Gate Park from the air. | © Hispalois/Wikipedia
Walk, bike, or visit one of the many attractions at Golden Gate Park. Covering 1,017 acres, the park has museums, open spaces for picnics or activities, music festivals, and more. For instance, Outside Lands is a three-day music festival that occurs every year in Golden Gate Park with amazing artist line-ups for each day. Tickets can be purchased by the day or for the whole weekend. One of the free music festivals in the park is Hardly Strictly Bluegrass (HSB) festival, which will occur on the weekend of September 30, 2016. Although HSB does indeed, play bluegrass music, ‘Hardly’ was added to the name because they do contain artists from other music genres. You can choose from over 100 hundred performers on seven stages. Golden Gate Park is also home to attractions such as the Stow Lake Boathouse where you can rent pedal and rowboats, the Conservatory of Flowers, California Academy of Sciences, and much more.
More Info
Open In Google Maps
San Francisco, California, USA
+14158312700
Visit website

POPOS are Privately Owned Public Open Spaces found in the busiest parts of San Francisco. There are nearly 70 POPOS that you can visit, even though they are on privately owned land. Some of the POPOS include the rooftop terrace above One Kearny Club, atop the Crocker Galleria, the garden around One Bush Plaza, and much more. They can be a bit tricky to find, so for a complete map of all the POPOS in San Francisco including their description, look here.

Seward Mini Park is home to the Seward St Slides. Two large concrete slides designed by a 14-year-old girl who lived on Seward Street. However, these slides are more for adults than children. The best way to tackle these concrete slides is to race a friend down to the bottom while sitting on cardboard, which allows people to slide down faster and not get stuck at the end. Cardboard is sometimes provided there, but its best to bring your own. If you’re feeling daring, use wax paper to make you go even faster or to even the playing field with small children who don’t weigh much. At the bottom, there is a sand perimeter for landing. 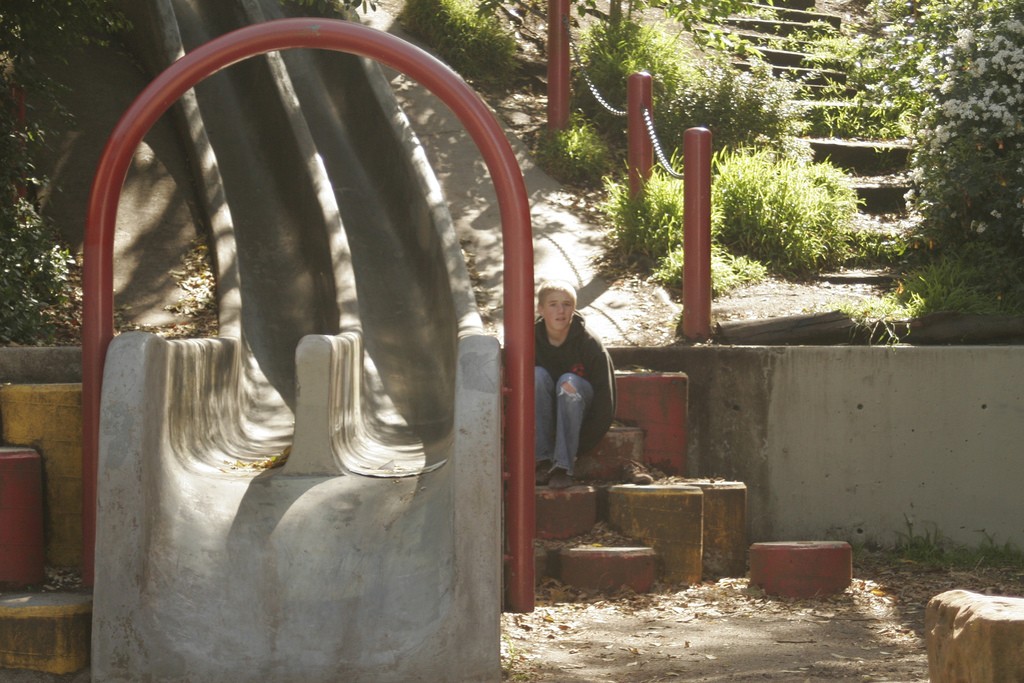 San Francisco’s Cable Car is America’s only mobile historic landmark. Starting atop Lombard St, you can take the Cable Car downtown or on a couple of other routes found here. At only nine miles an hour, the ride is surprisingly thrilling, especially when hanging off the side of the cable car holding onto the pole going up and down San Francisco’s hills. The cable car lines can take you through Nob Hill, Fisherman’s Wharf, Chinatown, the Financial District, and more. At the end of each of the three routes, tickets can be purchased for $7 or day passes for $20 that can also be used on Muni.

San Francisco’s Chinatown is the oldest Chinatown in North America and the largest Chinatown outside of Asia, making it an essential tourist attract. Although you can walk through Chinatown from any side, its best to start on Grant Avenue near Bush Street so you can walk under the Chinatown Fate. Throughout the whole district, you’ll be compelled to stop at any of the markets, restaurants, or shops along the way for authentic Chinese cuisine or small knick knacks, and to enjoy the colorful architecture and paper lanterns strung up along the main street. Also stroll through the Golden Gate Fortune Cookie Factory created in 1962, where about 20,000 fortune cookies are folded by hand every day and then distributed around Chinatown and around the world. 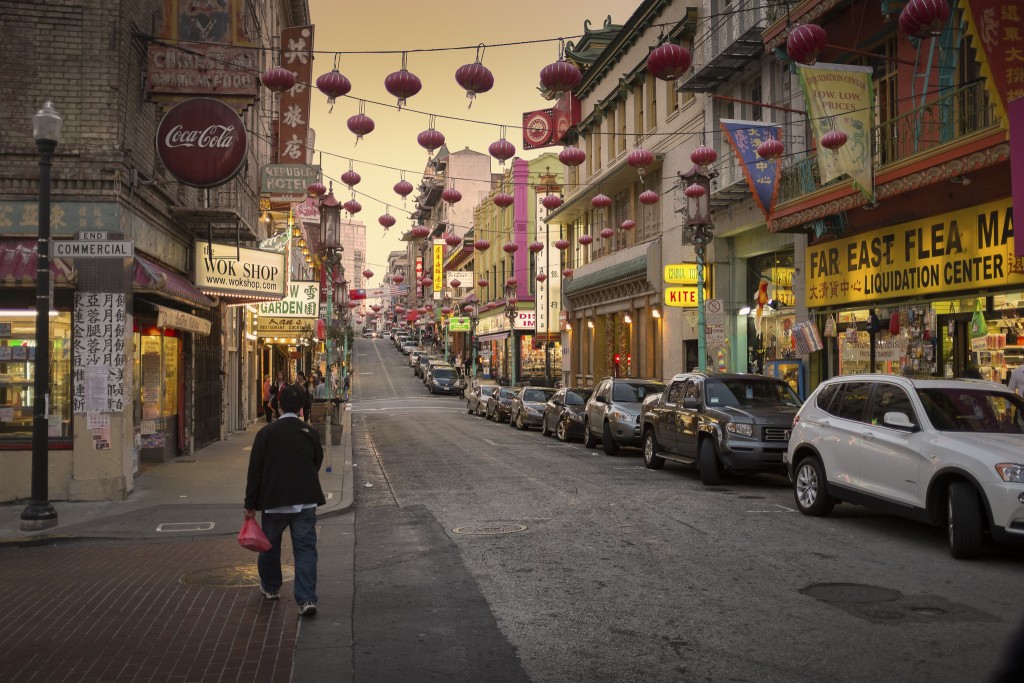 San Francisco has more than 300 hidden stairways throughout the city. They are sometimes used to reach otherwise inaccessible places or located in alleyways. These staircases provide sometimes necessary pedestrian traffic routes or quiet places to gather or exercise. One of San Francisco’s hidden stairways is 16th Avenue Tiled Steps, also known as the Mosaic Steps, which has 163 steps covered in beautiful mosaic tiles, starting with images of fish at the bottom and working its way up to the sky and stars at the top of the staircase. To find more hidden stairways, look here. 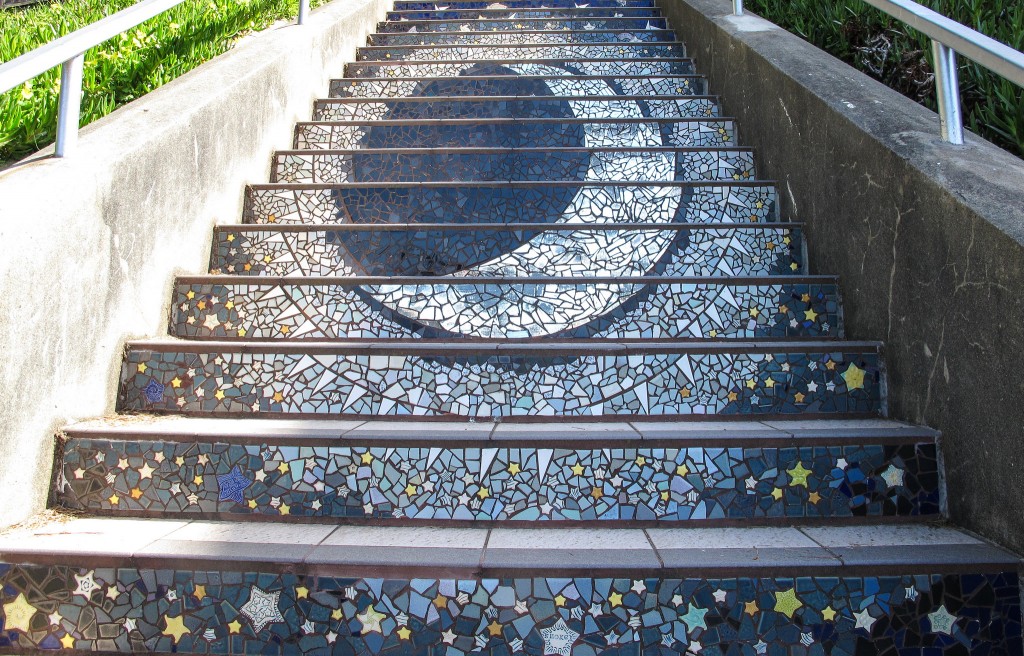 Building, University, Bridge, Park
Sunset time at Thornton Beach | Courtesy Debora Carvalho
Built in 1933 on Telegraph Hill, Coit Tower is 210 feet tall with 360 degrees views at the top after you climb the rather large amount of stairs. Also inside the tower, there is floor to ceiling murals painted by what was later called the Works Progress Administration (WPA). The agricultural murals cast light on California life during the Depression. You can reach the top of Coit Tower without taking the stairs by paying a small fee to use the elevator.
More Info
Open In Google Maps
1 Telegraph Hill Boulevard, North Beach, San Francisco, California, 94133, USA
+14152490995
Visit website

Located in the San Francisco Bay, Angel Island is only a quick and beautiful ferry ride away. Angel Island offers panoramic views of the city’s skyline, Marin County Headlands as well as Mount Tamalpais. Angel Island is the largest natural island in the bay, providing more than 13 miles of hiking and biking routes all with breathtaking views. Angel Island has been deemed a park since 1954 and was previously considered to be the west coast’s version of Ellis Island. Although you can spend the whole day on Angel Island and leave satisfied, there are campsites if you want to stay longer to enjoy the views, cafes, and trails. 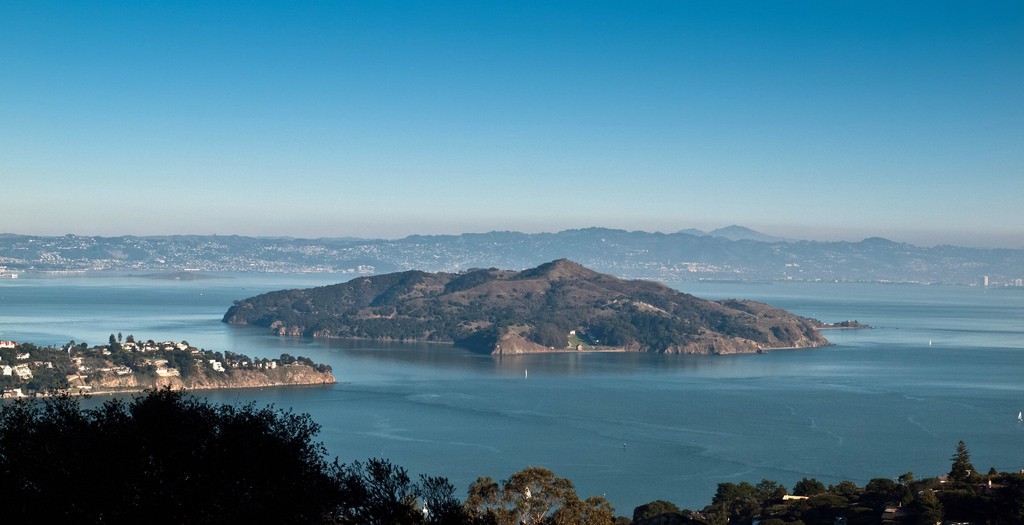