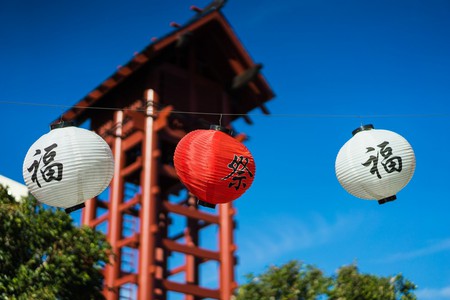 The sprawling city of Los Angeles, with county lines stretching even farther, is home to one of the most diverse populations in the country. Just by driving across the city, it is easy to see the many cultures that have left their mark and continue to shape it today. Here are 10 of the ethnic enclaves that make up the patchwork quilt of Los Angeles.

Located in downtown Los Angeles, with its intricate grand entrances like the Twin Dragon Towers Gateway, L.A.’s Chinatown has been around since the 19th century. Originally at the site of Union Station, the original Chinatown was where a large group Chinese immigrants were said to have first settled in Los Angeles. The current Chinatown remains a neighborhood of distinct shops, restaurants, and history that many consider a hub of cultural activity to this day. Stroll around the Central Plaza for an array of souvenirs, and if you’re lucky enough to visit during a major holiday like Chinese New Year, you’ll be able to experience live music, firecrackers, and parades. A trip to Chinatown is not complete unless you eat at one of the many authentic restaurants in the area. Head to Yang Chow, a small, family-style eatery where everyone from Kylie Jenner to Magic Johnson have dined. Don’t miss out on the house special: slippery shrimp. 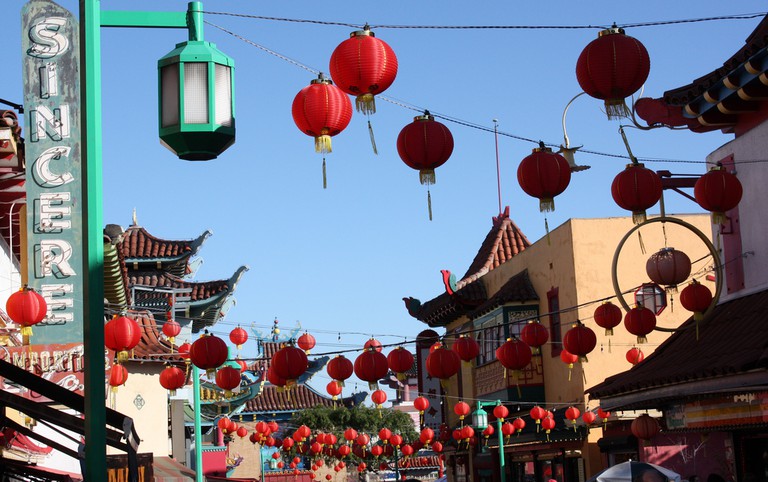 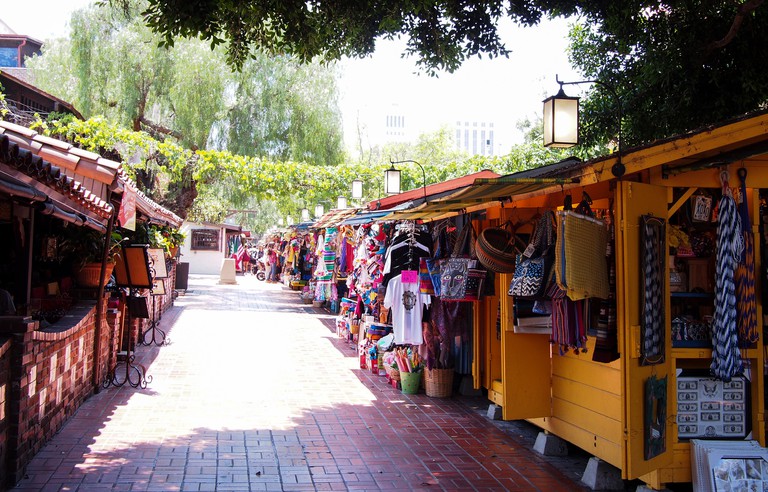 © Peter C/Flickr
Olvera Street was built in the 1900s as a romanticized tribute to the Mexican heritage of Los Angeles. Though it remains a quaint nod to the Mexico of yesterday, you can find authentic Mexican souvenirs and food in any one of the little shops lining the street. Grab a churro at Mr. Churro and explore Avila Adobe, the oldest residence in Los Angeles. During holidays like Day of the Dead and Mexican Independence Day, the main plaza fills with vendors, artists, performers, and tourists.
Open In Google Maps
Los Angeles, California, USA
Give us feedback

Koreatown is known for its outstanding food scene and hip clubs and bars. When Korean immigrants started moving into the older buildings in the Mid-Wilshire area of Los Angeles in the 1960s, the neighborhood became a place where many Koreans lived and worked. Now, venues like the super-popular California Donuts boast long lines for special treats – gourmet panda-shaped donuts and ‘Chewbacca’ maple bars. Karaoke, speakeasies, nightclubs, and cool cafes sit in strip malls alongside older Korean markets and restaurants. ‘Ktown’– as it is lovingly called – thrives on the combination of traditional establishments with modern and whimsical spaces. Whichever you prefer, one thing is for sure: you won’t go hungry in this food-rich neighborhood. 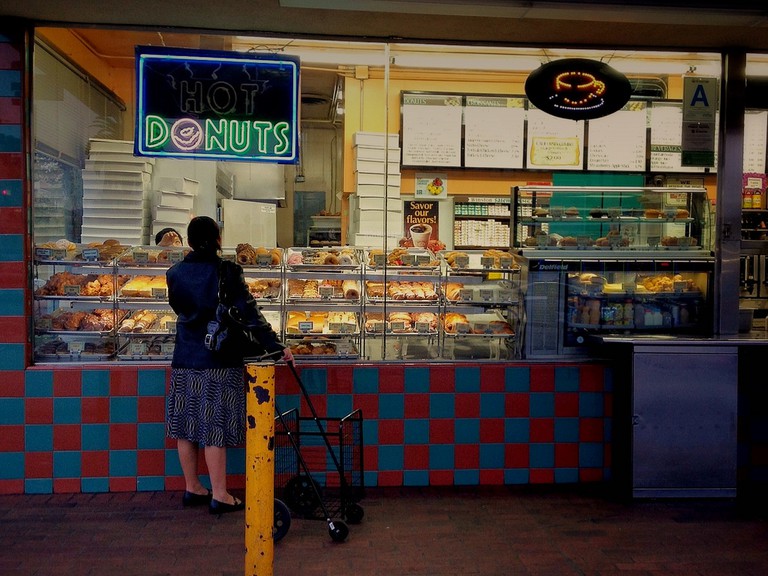 Little Tokyo has survived in downtown Los Angeles since the beginning of the 20th century, and today it serves as a cultural center for Japanese Americans. The Japanese American National Museum is located in this neighborhood, along with Japanese shops specializing in video games, anime, books, and food unique to Japan. Little Tokyo also hosts various cultural festivals, including Nisei Week, which is celebrated only in Little Tokyo every August. 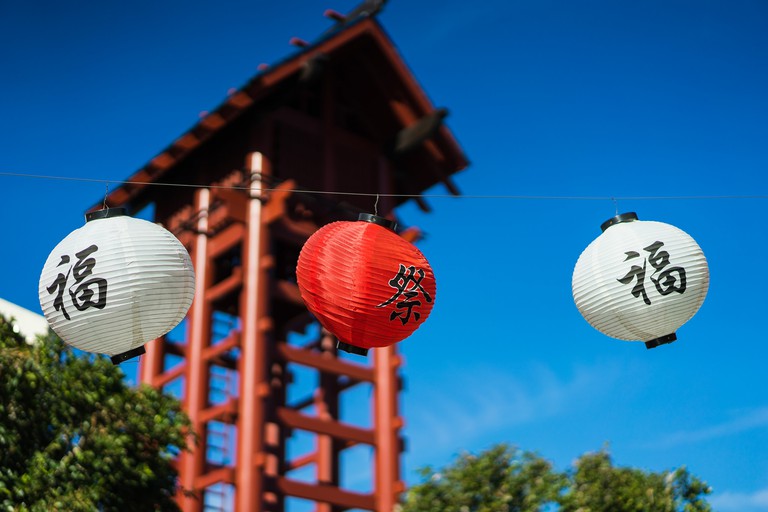 Officially dubbed ‘Little Armenia’ in 2000, the area previously known as East Hollywood has been largely occupied by Armenian businesses and dwellers since the 1970s. It is home to diverse religious institutions, such as St. Garabed Armenian Apostolic Church, which hosts the most Armenian churchgoers in Hollywood, as well as the Church of Scientology. In Little Armenia, Barnsdall Art Park, a historic cultural arts park and center surrounds the Hollyhock House, a famous dwelling designed by Frank Lloyd Wright for the oil heiress Aline Barnsdall. After admiring the Hollyhock House, make sure to stop at Marouch Restaurant for authentic kebabs, hummus, and fresh pitta bread.

Thai Town, Little Armenia’s extremely close neighbor in Hollywood, was established in 1999, though its Thai heritage goes back to the 1960s. Marking Thai Town’s borders are sets of statues from Thai mythology, and religious shrines can be found in neighborhood streets. Every April, Thai New Year (‘Songkran’) is celebrated by closing down Thai Town’s streets and using them to set up a parade, food, crafts, and entertainment. 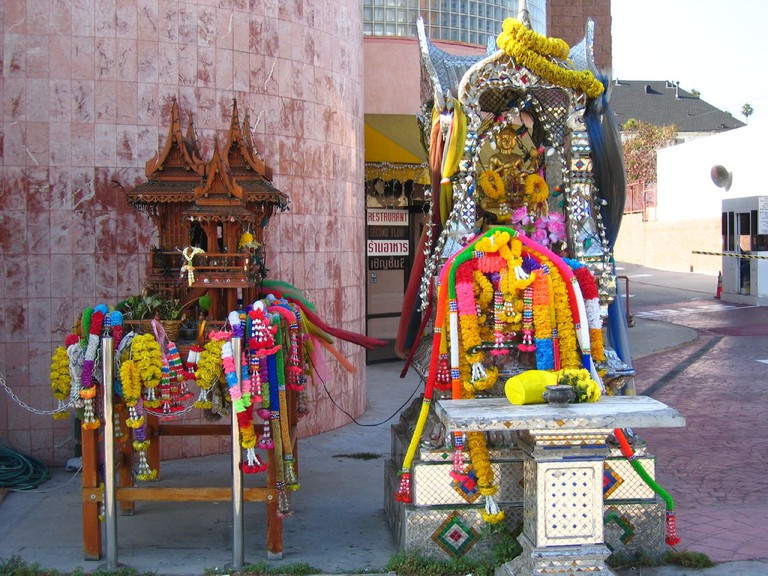 With Miracle Mile and the Los Angeles County Museum of Art five minutes away, culture encloses you from every angle in Little Ethiopia’s part of Los Angeles. Like many of the other ethnic enclaves mentioned, Little Ethiopia was established to recognize the large number of residents and businesses from a certain ethnicity concentrated in one area. In 2004, South Fairfax became Little Ethiopia, and the neighborhood has been growing ever since. Though not as large as some of the other neighborhoods mentioned, this block of restaurants and businesses is a gateway to Ethiopia and its delicious food, clothes, and antiques. 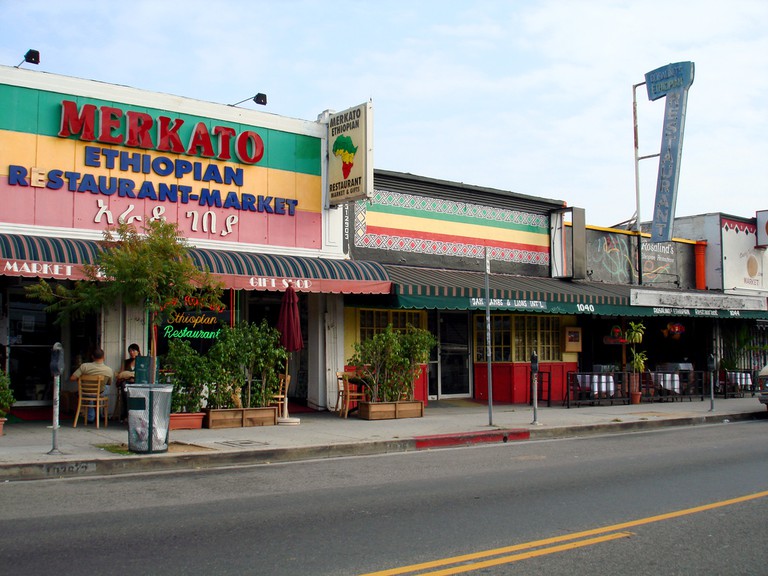 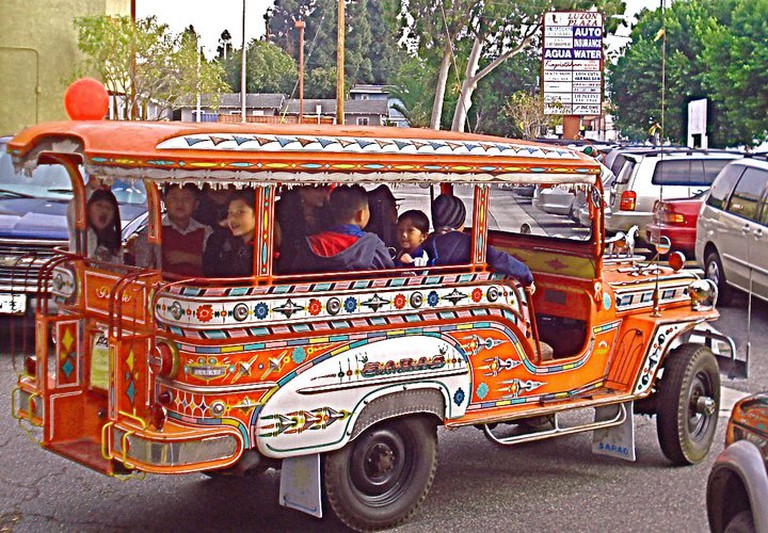 The Pico-Robertson section of Los Angeles is known as a center for the Jewish community, especially Orthodox Jews. With some 20 synagogues, various Jewish schools, and a myriad of Jewish businesses, this community is highly functional within its boundaries. Like the rest of the ethnic communities, Pico-Robertson provides a space in which to express your culture, religion, and chosen lifestyle within the broader borders of Los Angeles. Over 30 kosher restaurants line the streets, and there was once even a kosher Subway. For traditional freshly baked kosher breads, or a lunch-time break, try Bibi’s Bakery and Cafe. 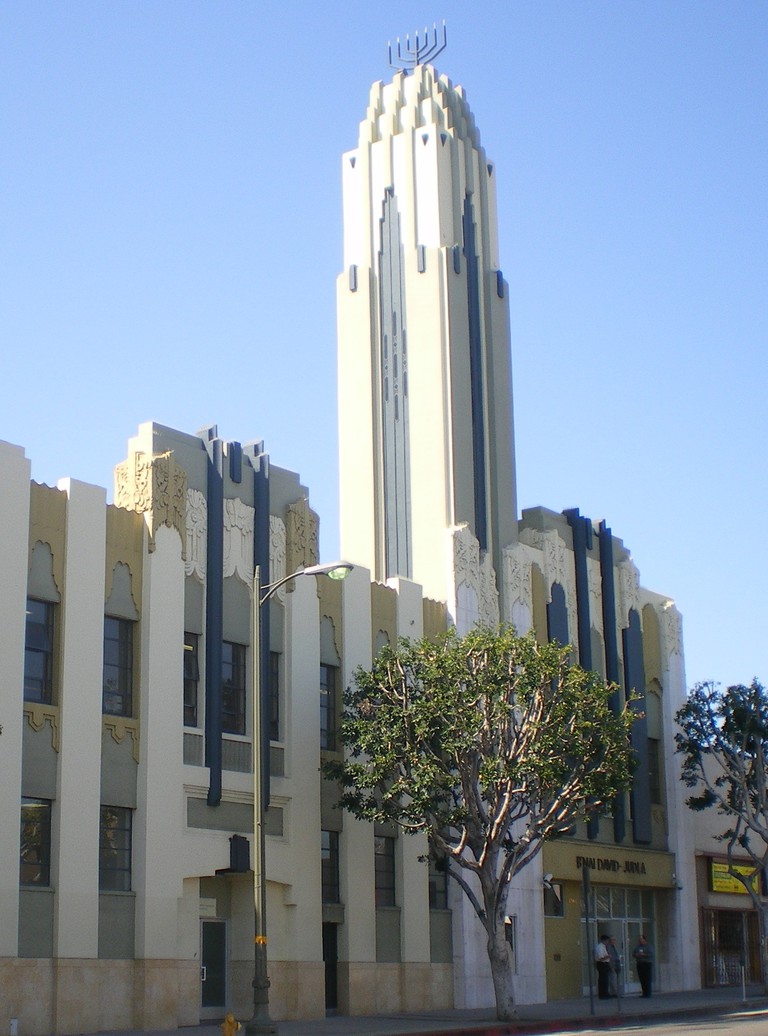 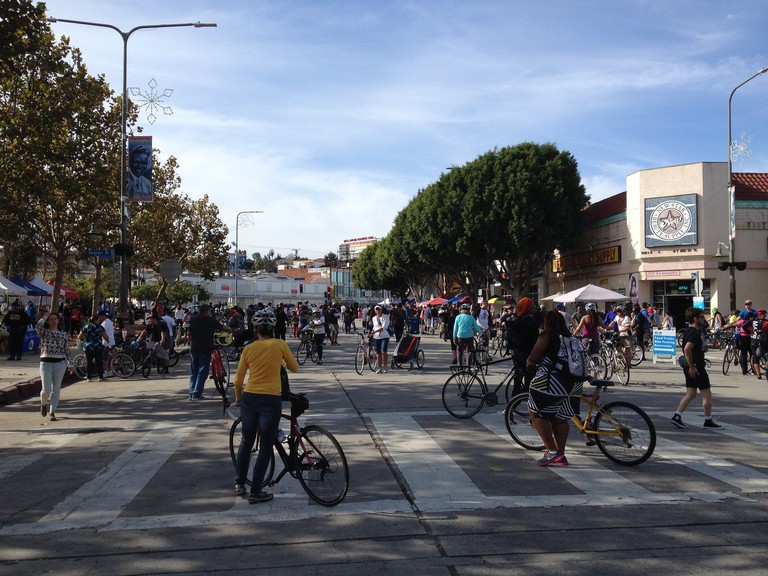 Leimert Park, Los Angeles | © Umberto Brayj/Flickr
When Leimert Park was built in the 1920s, it was meant to be a middle-class planned community, with schools, shopping, and housing within walking distance. Over the years, different groups have moved in and out of the neighborhood, such as Japanese Americans after the Second World War, and since the 1950s, African Americans have predominantly called Leimert Park home. Today, Leimert Park is experiencing a revival of sorts, with renovations being made to its public spaces, as it is recognized as a center for African American art and culture. On weekends, Leimert Park Plaza fills with crowds to watch live performers.
Open In Google Maps
Leimert Park, Los Angeles, California, USA
Give us feedback
Give us feedback