If a visit to the de Young Museum in Golden Gate Park isn’t at the top of your rainy day to-do list, it should be. Encompassing over 27,000 works of art from Africa to the Americas and beyond, it is among the most prolific and diverse collections in the country. Here are ten outstanding artworks you won’t want to miss during your next visit.

One of several feather cloaks on display at the Royal Hawaiian Featherwork: Nā Hulu Ali‘i Exhibit, this regal and vibrant 18th century cloak is remarkable for its size; it’s one of the largest of its kind. Like the others in the collection, the cloak was painstakingly handcrafted for Hawaiian royalty, who wore the garment for spiritual protection and to announce their elite social standing. This incredible collection comprises some of the last remaining examples of royal Hawaiian featherwork and is rarely shown outside Hawaii. Be sure to catch the exhibit before it closes on April 10th, 2016. 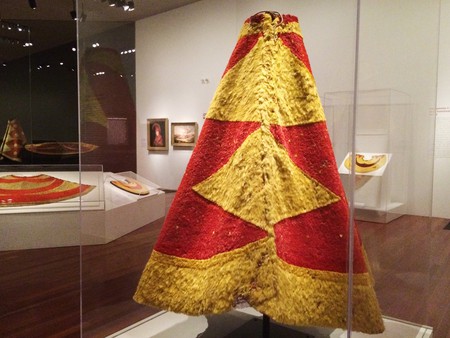 Tarbell’s elegant and masterful oil painting captures a private moment; seen through the blue veil, it inspires in viewers an almost voyeuristic thrill. Notice his romantic rendering of light and how it appears to be shining down on his subject and at the same time emanating from her. Pastel hues, warm light, and the weightlessness of the windblown veil give rise to a captivating, dream-like effect. An excellent example of American impressionism, The Blue Veil is not to be missed. 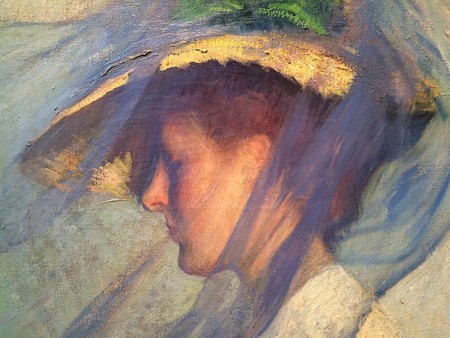 Spanning the length of an entire museum wall, the golden, rippling topography of El Anatsui’s Hovor II demands attention. The colossal structure is dazzling. Designed to recall the traditional royal cloth of the Asante and Ewe peoples, the sculpture presents as an ornate woven textile. Only after the viewer realizes that Hovor II isn’t made of precious metal, but of trash — flattened strips of aluminum collected from the necks of discarded liquor bottles — do Anatsui’s themes of global consumption, obsolescence, and recycling emerge. This thought-provoking work is certainly worth a closer look. 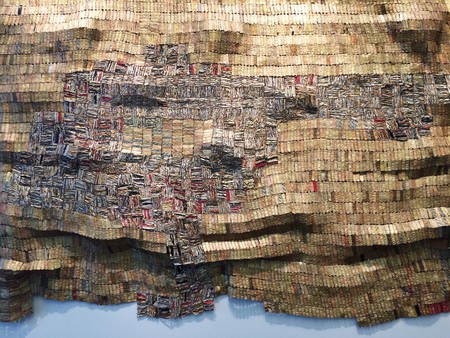 Anti-Mass is another large-scale, visually striking work whose reclaimed materials have a story to tell. The gravity-immune splinters are actually charred wood: remains of a Southern black baptist church destroyed by arsonists. In this installation, Parker seeks to unite science and religion; the sculpture’s title refers to the physicist’s definition of mass: a quantity of matter, while also referring to the Catholic sacrament. In memorializing the lost church and its congregation, Anti-Mass takes a stand against violence, countering an act of destruction with an act of creation. 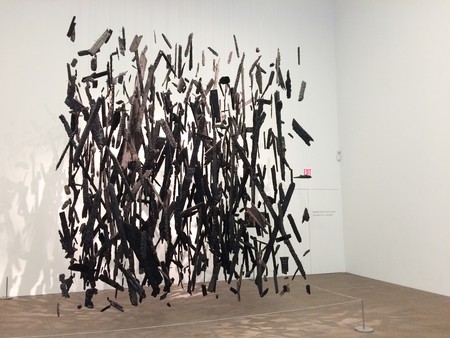 This collaborative piece employs opposition to strike an intriguing balance. In contrast to the metal table and weighted bronze dog sculpture, the glasswork above seems to explode with color and organic shape. From the toppled vases to the spiraling flower stems, this sculpture is infused with a sense of whimsy and play. 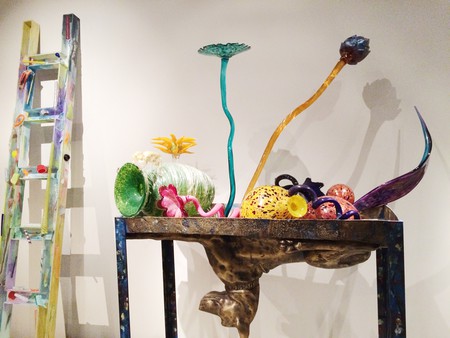 Typical of Stella’s approach, this subversive work eschews familiar subject matter and narrative while still managing to slyly adhere to the standard definition of a painting: color, line, paint on a flat surface. Standing before it and gazing into the painting’s center, viewers may notice that the bands of color appear to radiate outwards. Here repetition and symmetry conspire to produce a trippy experience that’s worth witnessing first-hand. 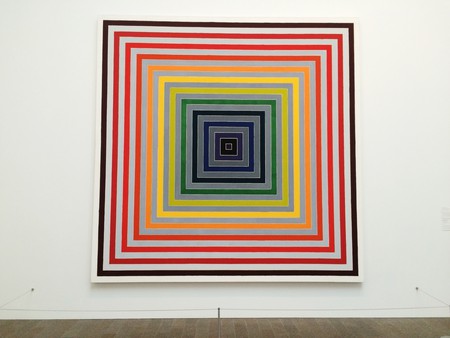 This intriguing portrait of heiress Dorothy Spreckles Munn is a wonderful example of the surrealist style Dalí is so well known for. His subject’s expression appears dazed, empty. Her red lipstick, jewelry, manicure, and the sheen of her dress are all familiar articles of femininity, and yet here they seem lurid and bizarre. Meanwhile, the marvelously odd scene taking place in the background mystifies viewers further. This painting is sure to spark the imagination. 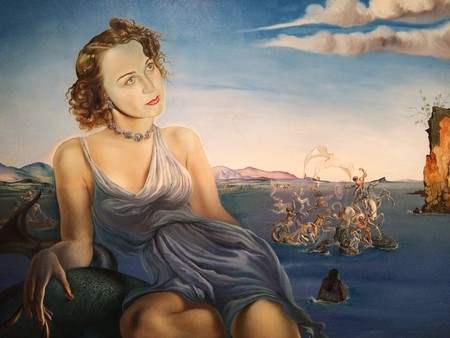 All of Davidson’s black and white photographs on display in the museum’s Gallery 12 are as poignant, funny, and true to life as this image of a woman shopping for art in LA. The exhibit ought to be at the top of any de Young visitor’s list. Unlike many street photographers who stealthily snap and run, Davidson often deeply embedded himself in the communities he photographed, working to develop relationships with his subjects. He remains one of the most influential photographers of our time. 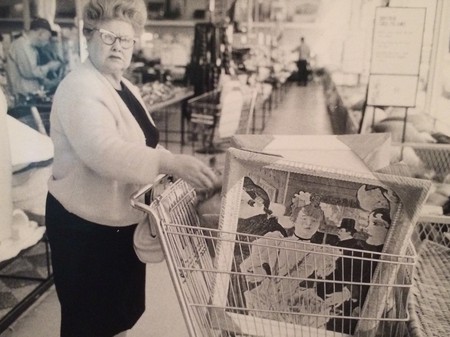 A costume and also a sculpture, Cave’s soundsuit defies categorization. It’s one of many soundsuits he’s created since the early 2000s. Each suit is unique; some are fluorescent and shaggy, others look like wildly decorated Christmas trees. This soundsuit, tall and streamlined, decorated in swirling sequins and beads, resembles a sort of towering cosmic popsicle. Every inch is covered in exuberant patterns and glittering shapes. It’s a sight to behold. 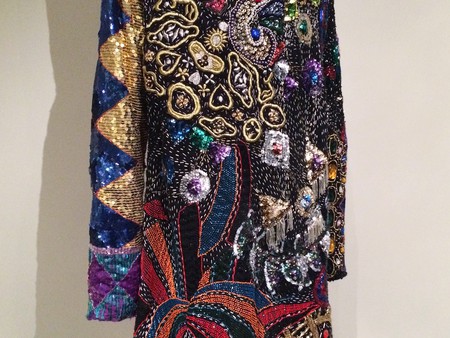 If All the World Were Paper and All the Water Sink, 1962 – Jess (Burgess Franklin Collins)

The eye dances around the canvas in Jess’s If All the World Were Paper and All the Water Sink, from the girls dancing in a circle, to their shadowy observer, to the brown owl soaring above. These figures seem to emerge from their fantastic environment, so full of color and noise, and then disappear back into it. Move in closer and you’ll see that Jess has skillfully applied the paint in layers upon thick layers: the image reaching up off the canvas. 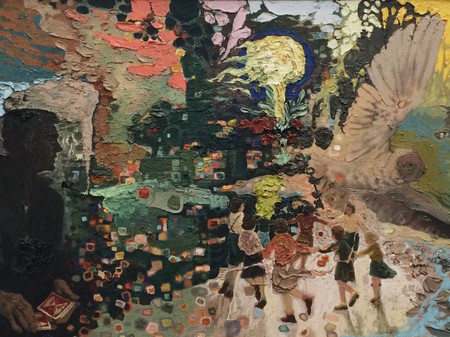 Detail, If All the World Were Paper and All the Water Sink by Jess | © Courtney Stack
Give us feedback