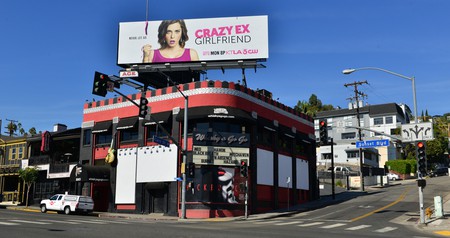 Los Angeles’s robust nightlife scene has time and time again lent itself to the city’s other big industry: Hollywood. The city’s bars have not only become popular celebrity hangouts in LA, but they’ve also become attractions in their own right after having debuted on the big screen. Uncover the famous LA bars featured in famous films and TV shows with our handpicked guide. 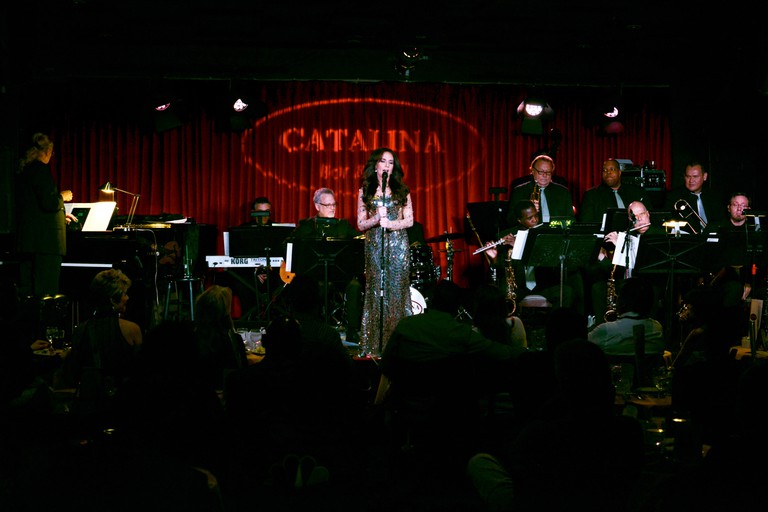 Eclectic jazz can be found nightly at this old-school supper club, where musicians take to the stage in front of a red velvet curtain. Order dinner off their Italian-American menu, or abide by their two-drink minimum at the bar. Catalina Bar & Grill was featured in an episode of Amazon’s Los Angeles-set crime drama Bosch, where the titular detective and a colleague watched jazz musician Grace Kelly perform.

LA strip club Sam’s Hofbrau is a favorite location of director Quentin Tarantino. First using the location in Jackie Brown, he then returned for one scene in Kill Bill 2. In the latter, Sam’s serves as the interior of the seedy My Oh My Club, where former assassin Bud (Michael Madsen) works as a bouncer. Though it appears to be an isolated desert bar in the film, you’ll actually find it in downtown Los Angeles. While it is a fully operational strip club, you can also order lunch or dinner as they serve American food, from sandwiches and salads to steak.

Surround yourself in everything blue at The Blue Room

The Blue Room is an uncomplicated dive bar in Burbank, so named for the hue of its comfy booths and chairs. Featured as Ferdy’s Bar in the 2000 thriller Memento – starring Guy Pearce as a memory-challenged insurance investigator – The Blue Room offers its guest evenings filled with live music. Sports enthusiasts will find the place equally suitable, since they also show the latest games.

Get the feeling of being on Mad Men at HMS Bounty

Located in Koreatown, HMS Bounty is known for serving affordable drinks and traditional American food. While the bar can feel a bit dark due to its dimmed lights, the atmosphere will quickly make you forget about it. It was featured in the first season of the TV show Mad Men, where Peggy (Elisabeth Moss) goes on a date with truck driver Carl Winter (Aaron Hill) at a seafood restaurant called La Trombetta. Just like HMS Bounty, La Trombetta can be found on the ground floor of the Gaylord apartment building.

Absorb music at the legendary Whisky A Go Go 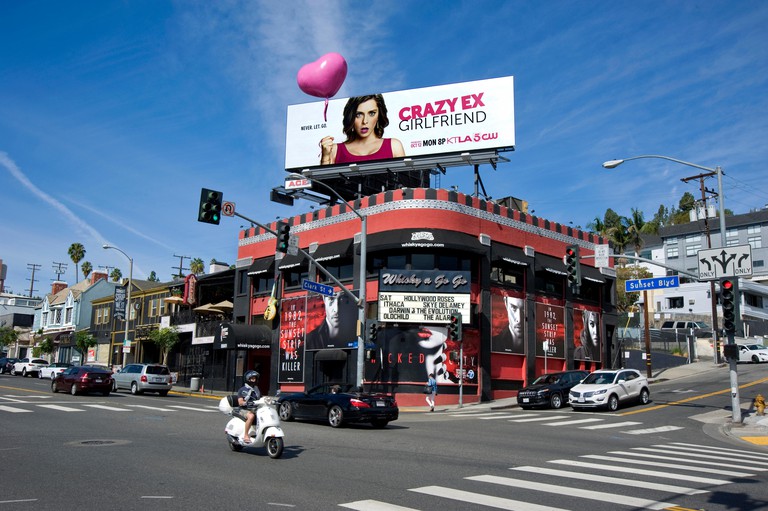 Legendary Sunset Strip venue Whisky A Go Go plays itself in the Oliver Stone biopic The Doors, in which Val Kilmer portrays Jim Morrison. The club opened in L.A. in 1964 and has a firm place in rock’n’roll history, springing the careers of numerous bands, including hair metal acts Guns N’ Roses and Mötley Crüe. The Doors really did perform there in the ’60s, and you can still catch a show there today.

Experience creative decor at the Redwood

In the 2009 romcom 500 Days of Summer, Tom Hansen (Joseph Gordon-Levitt) performs The Pixies’ “Here Comes Your Man” while out at karaoke with colleagues, thereby impressing Summer Finn (Zooey Deschanel). The location is The Redwood, a pirate-themed bar and grill in downtown L.A. that’s known for its creative decor. Walk around the venue and you will spot skulls by the bar area and tables made of barrels.

Catch a sunset at Tequila Jack's

Bar, Restaurant, Mexican, $$$
Facebook
Email
Twitter
Pinterest
Copy link
Share
Map View
Dexter follows the unconventional Dexter Morgan (Michael C. Hall), a Miami PD blood-spatter analyst who is secretly a serial killer who preys on other killers. Though the show is set in Miami, much of it was filmed in Los Angeles and Long Beach. Tequila Jack’s, a Mexican restaurant in Long Beach, was featured in an episode where Dexter ends up at the bar after being followed by Lila (Jaime Murray). Located in Rainbow Harbor, the venue offers amazing views of the marina, making it an ideal place to catch the sunset while dining.
Open In Google Maps
407 Shoreline Village Drive, Waterfront, Long Beach, California, 90802, USA
+15626280454
Visit Website
Give us feedback

In the black comedy Seven Psychopaths (2012), Colin Farrell plays a screenwriter who becomes the target of a gangster after his best friend, played by Sam Rockwell, kidnaps the man’s dog. The pair is seen having a drink at a rooftop bar, nestled among downtown Los Angeles’s tallest buildings. You can find this same patio at Perch, where its 16th-floor location offers striking views of the city. Order a French-inspired cocktail or well-prepared meal like pork belly or tuna tartare and nestle up to a fire pit at night for a perfect evening.

Catch a show or two at Bootleg Theater

In the third episode of Amazon’s Transparent, music producer Josh (Jay Duplass) is searching for his girlfriend, Kaya, who plays in a band he manages. He interrupts the band’s rehearsal in a scene shot at Bootleg Theater, a venue and bar in Westlake that routinely hosts an inspiring mix of live music, theater, comedy, spoken word events, and other performances. The draw here is definitely the live shows, but they also have a solid beer and wine list. Please note that the hours reflected below vary, as the venue’s hours depend on what performance is taking place.

Step inside TV-show The Office at Pickwick's Pub

On several occasions, the staff of The Office‘s Dunder Mifflin head to Poor Richard’s, a Scranton, Pennsylvania watering hole. Though there is a Poor Richard’s in Scranton, the bar scenes actually took place at Pickwick’s Pub in Woodland Hills. They serve British fare and ale, and if you look around, you can even find a mirror that reads “Poor Richard’s Pub” hanging inside the bar.