10 Great Bands From The Bay

San Francisco has been a hub of cultural and social revolution for decades. The revolutionary ideals of the region have seeped into artistic movements and resonated with millions of fans. Here are some of the most influential musical artists that rose from the Bay Area into the public consciousness. 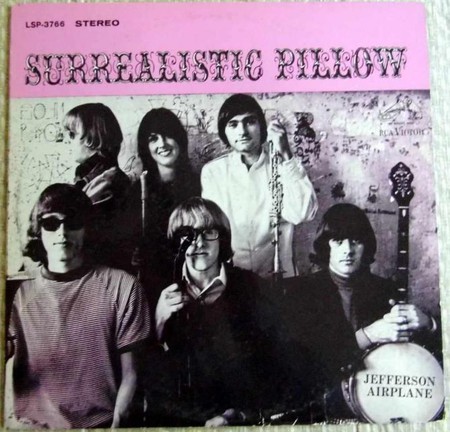 Jefferson Airplane, a psychedelic rock band born out of the counterculture-era, formed in 1965 in San Francisco. The band’s headquarters still stands at 2400 Fulton Street, at the northeast corner of Golden Gate Park (The address later became the title of their compilation album). Jefferson Airplane’s music combines social commentary and psychoactive drug use. The ‘Summer of Love’ wouldn’t have been the same without the album Surrealistic Pillow, which was released two years before the band performed at Woodstock (1969). Vocalist Grace Slick, an icon of the psychedelic scene, was placed on the FBI blacklist after attempting to spike then-president Nixon’s tea with 600 micrograms of LSD. 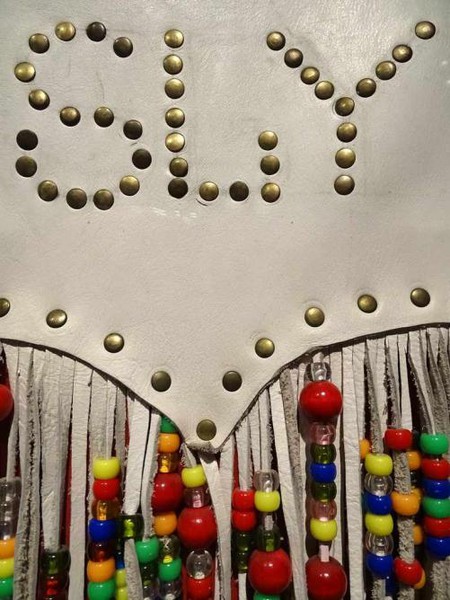 Sly and the Family Stone

Sly and the Family Stone formed in 1967 in San Francisco. Sly Stone gathered family and friends to create one of the first integrated bands. Their music revolutionized funk and soul, earning the group a spot in the Rock and Roll Hall of Fame in 1993. The group’s music significantly influenced culture and society today, and the tendrils of their influence are still visible. The song ‘Everyday People,’ in which they famously preach anti-racism and equality over a snazzy, funky tune, was covered by Mavis Staples on the inaugural episode of The Late Show With Stephen Colbert, accompanied by the show’s jazz and blues band. 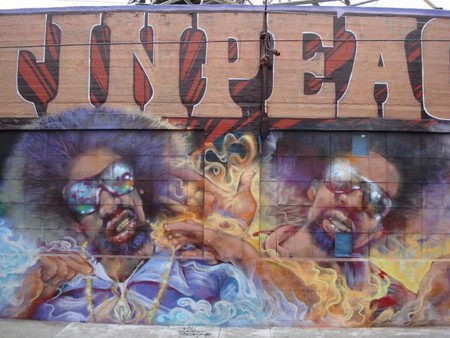 Rapper Andre Louis Hicks, aka Mac Dre, was born in Oakland, California (he later moved to and grew up in Vallejo before settling in Sacramento). Once, while awaiting trial for a ‘conspiracy to commit robbery’ charge, he recorded an album over the phone to taunt police. ‘Feelin’ Myself’ is one of his most well-known songs. He was killed in a drive-by in 2004 – the case remains unsolved. Filmmaker Zachary Butler wrote and directed a documentary titled Mac Dre: Legend of the Bay, which premiered at the San Francisco Black Film Festival in June, 2015. 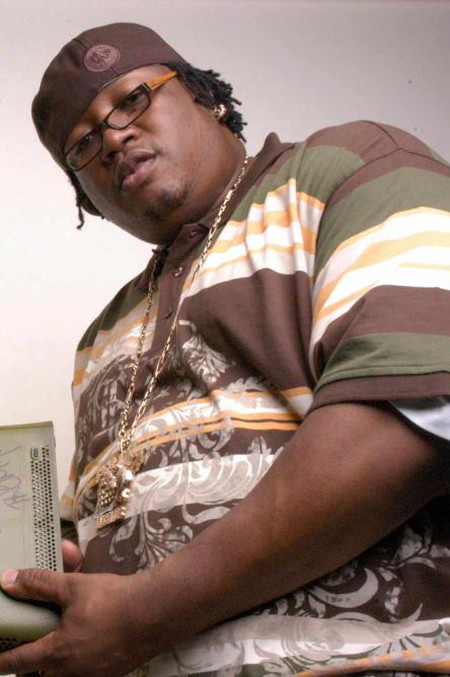 Earl Stevens (E-40), hip-hop artist and rapper from Vallejo, spent his career representing the Bay. He hosted E-Feezy Radio, broadcasting Bay Area hip hop on KMEL from ‘03 to ‘08. He appeared on the MTV special My Block: The Bay, and collaborated with Oakland rapper Keak da Sneak on his 2006 single ‘Tell Me When To Go,’ one of the first singles of the Oakland hyphy movement. As an entrepreneur, he has come out with a myriad of alcoholic beverage products, including ‘Mangoscato,’ a high-alcohol-content moscato, and ‘Sluricane Hurricane,’ a rum-cocktail mixture that boasts 18% alcohol content. 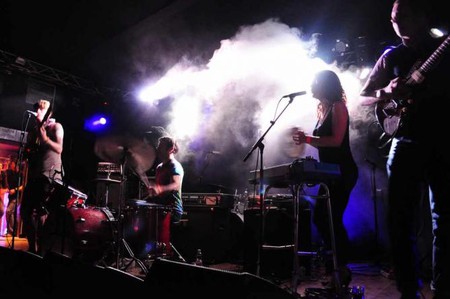 Thee Oh Sees, formed in 1997 in San Francisco, combine elements of pop, folk, psychedelic rock, and punk rock in their music. The music video for ‘Toe Cutter – Thumb Buster,’ released in 2013, got a lot of attention for its shocking and intense content. The video’s violent and dark tones, however, don’t reflect the softer side of the group. In 2013, they were featured at the Coalition on Homelessness Benefit (plus coat drive) hosted by The Great American Music Hall, a famous music venue in San Francisco. 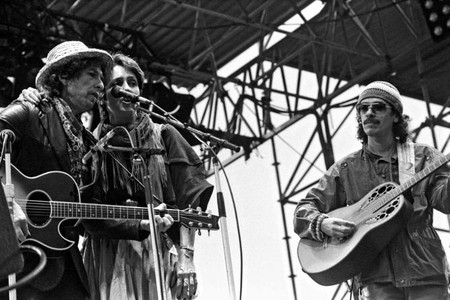 This Latin rock band evolved out of the Santana Blues Band, formed in San Francisco’s Latin district in 1967. Santana was one of three bands that performed at both the original Woodstock in 1969 and the 25th anniversary concert in 1994. Their amazing instrumental performance of the song ‘Soul Sacrifice,’ featuring Michael Shrieve’s famous drum solo, launched Santana into fame as a dynamic rock band with a powerful, rhythmic sound. Though reinventions of tone and shuffling of members have changed the group over time, Santana is still active today, almost 50 years after its formation. 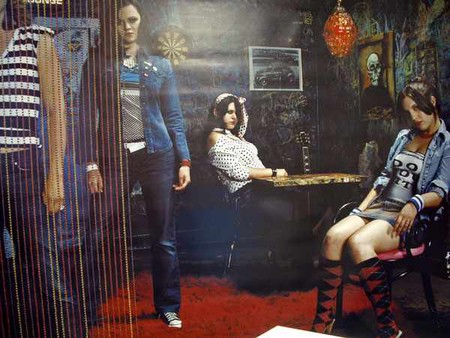 Discussion of ’90s girl-punk wouldn’t be complete without mentioning The Donnas. Their punk rock style is oddly reminiscent of Letters to Cleo (another ’90s, girl-fronted band). The five best friends from Palo Alto started playing together in the 8th grade and continued to grow to cult fame during their high school years, touring Japan before they graduated. Vocalist Brett Anderson has since joined another band, The Stripminers. 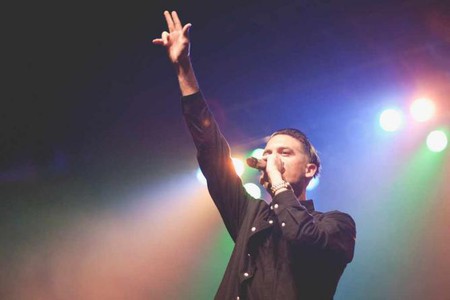 A member of MTV’s ‘Artists to Watch’ list, G-Eazy (Gerald Earl Gillum) is a rapper, songwriter, and producer from Berkeley who is still active in the Bay Area today. After creating music with his original group, The Bay Boyz, G-Eazy went solo. In 2011, he went on a nationwide tour with Shwayze. His music career launched him from a local celebrity to international fame, particularly through his 2014 tour, titled From the Bay to the Universe. 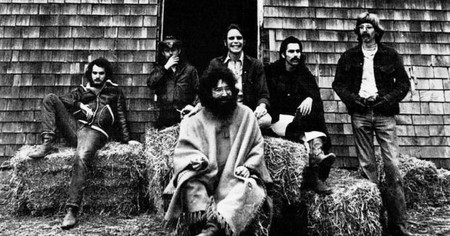 The Grateful Dead is most well known for of its intuitive and exploratory music, especially obvious in their instrumental sessions. They combined rock, country, folk, blues, jazz, and more, pulling inspiration from The Beatles and Bob Dylan, but eventually solidifying their own unique stylistic tones. Formed in 1965 in Palo Alto, the Grateful Dead’s music has cultivated a strong following of dedicated ‘Deadhead’ fans. 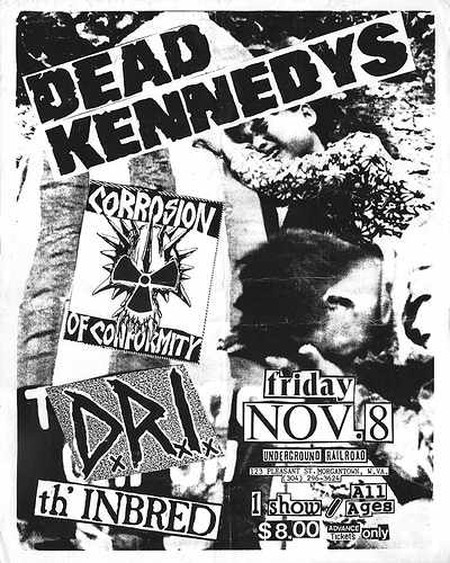 The Dead Kennedys are a hardcore punk rock band that formed in San Francisco in 1978. Their music has tones of contemporary social and political commentary, achieved through lyrical humor and satire. Their explicit content and controversial messages caused a social backlash against their music that culminated in the band’s widespread success.

Emily is a Media Studies major with a double minor in Visual Arts and Journalism. Exploring the Bay Area’s secrets and quirks helps her find inspiration for her writing and her artwork.